‘We’re working for the dark side’: Spanish firm accused of spying on Assange by German broadcaster boasted of US intelligence ties 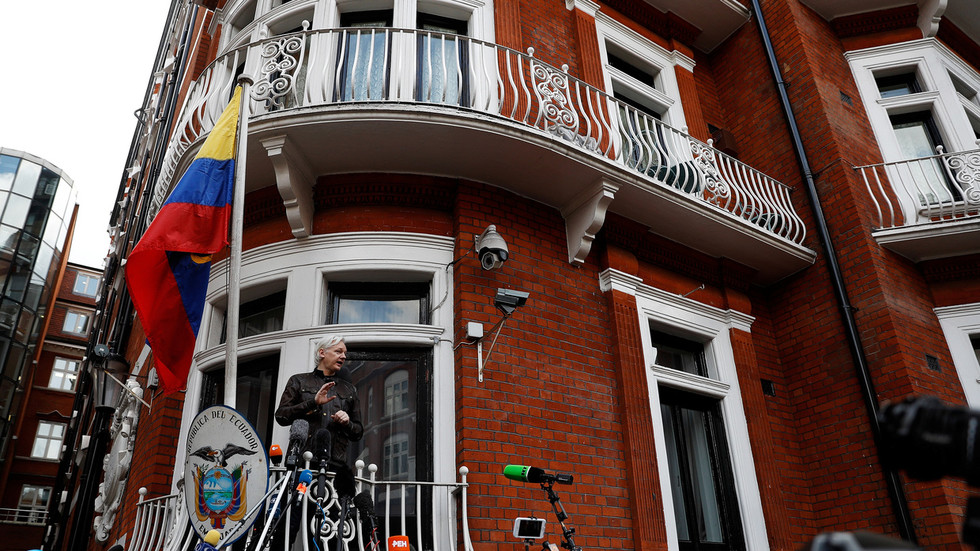 A private security firm that allegedly spied on Julian Assange in the Ecuadorian Embassy in London bragged about its nefarious activities and ties to US intelligence, according to German public broadcaster NDR.

The troubling revelations are part of a criminal complaint filed by NDR against Undercover Global, a Spanish security company contracted by the Ecuadorian government to film and review guests at their embassy in London.

WikiLeaks founder Julian Assange is seen on the  balcony of the Ecuadorian Embassy in London, Britain, May 19, 2017. ©  REUTERS/Peter Nicholls

The firm is accused of using the commission to carry out a vast spying  operation targeting the WikiLeaks co-founder, who sought political  asylum in the embassy for seven years before his hosts handed him over  to British authorities. The German broadcaster claims to have a huge  cache of documents detailing the illegal surveillance operation – which  also targeted NDR journalists who visited Assange.

Former employees of Undercover Global said that the company’s CEO, David  Morales, didn’t try to hide his ties to the US government. Upon  returning from a trip to the United States, Morales allegedly told one  of his employees: “From now on, we play in the first league… We are now working for the dark side.” He is said to have traveled up to twice a month to the States to deliver materials taken from the Ecuadorian Embassy.

When asked by colleagues who his “American friends” were, Morales reportedly replied: “the US Secret Service.”

Incredibly, a lawyer from Undercover Global acknowledged to NDR that the  company works with US intelligence agencies – but denied any wrongdoing  at the Ecuadorian Embassy.

Government agencies in the US and Ecuador declined to comment on the criminal complaint.