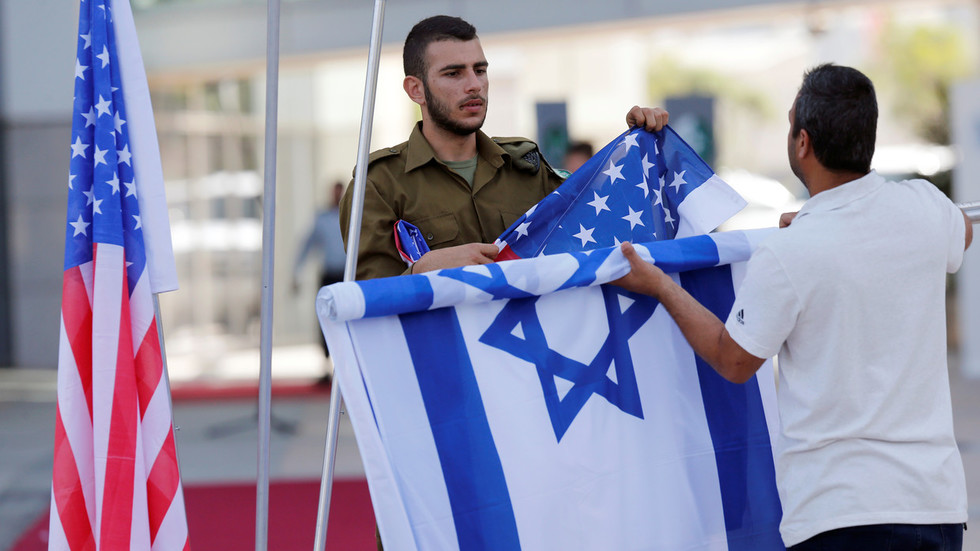 The US and Israel are discussing a mutual defense treaty that would further cement the already “tremendous” alliance between the two countries, President Donald Trump has revealed.

"I had a call today with Prime Minister Netanyahu to discuss the possibility of moving forward with a Mutual Defense Treaty, between the United States and Israel, that would further anchor the tremendous alliance between our two countries," Trump tweeted.

Trump voiced not-that-veiled support for Benjamin Netanyahu ahead of the upcoming parliamentary elections in Israel.

“I look forward to continuing those discussions after the Israeli Elections when we meet at the United Nations later this month!” Trump wrote.

The support surely comes in handy, as Netanyahu’s backing appears to be quite shaky. The September 17 polls are the second snap legislative elections this year after Netanyahu failed to form the government back in April.

The outcome of the upcoming vote is hard to predict, as Netanyahu’s party, Likud, has almost equal support as their main opponent the Blue and White led by Benny Gantz, opinion polls show.

Netanyahu was quick to respond to Trump’s announcement, lauding the prospects of the alliance and managing to call the US president a “friend” twice in a single tweet.

Relations between Washington and Tel Aviv have always been quite cozy – and got even closer under Trump – yet the two countries do not have a full-fledged military alliance.

Israel was one of the first major non-Nato ally (MNNA), a designation that goes with a whole set of benefits, such as generous loans, a priority in delivery of various military surplus, possession of war reserve stocks of Pentagon-owned hardware outside US military bases (Israel is said to have at least six sites) and others.

Yest in 2014 the US enshrined Israel into a new class of ally – a major strategic partner. The new designation, which is a step above MNNA, was basically established specifically for Israel. It greatly expanded the US wartime stockpiles in Israel from $200 million in value to a whopping $1.8 billion.

Under the Trump administration, the trend has continued, and in 2017, the US established its first permanent military base – an air defense facility – in Israel.

If the mutual defense treaty between the two countries fleshes out, it would be the first such deal for Washington in decades. The latest one was signed with Japan in 1960, and since then the US has apparently opted for dragging countries into NATO instead of striking bilateral deals.

More defense against "Terror" created and
sponsored by themselves... yeah, for sure.
Try to write a Love song ;)

It's funny to see that the only country the US treats as an ally is Israel, others are just treated as convenient (one night length) companions...