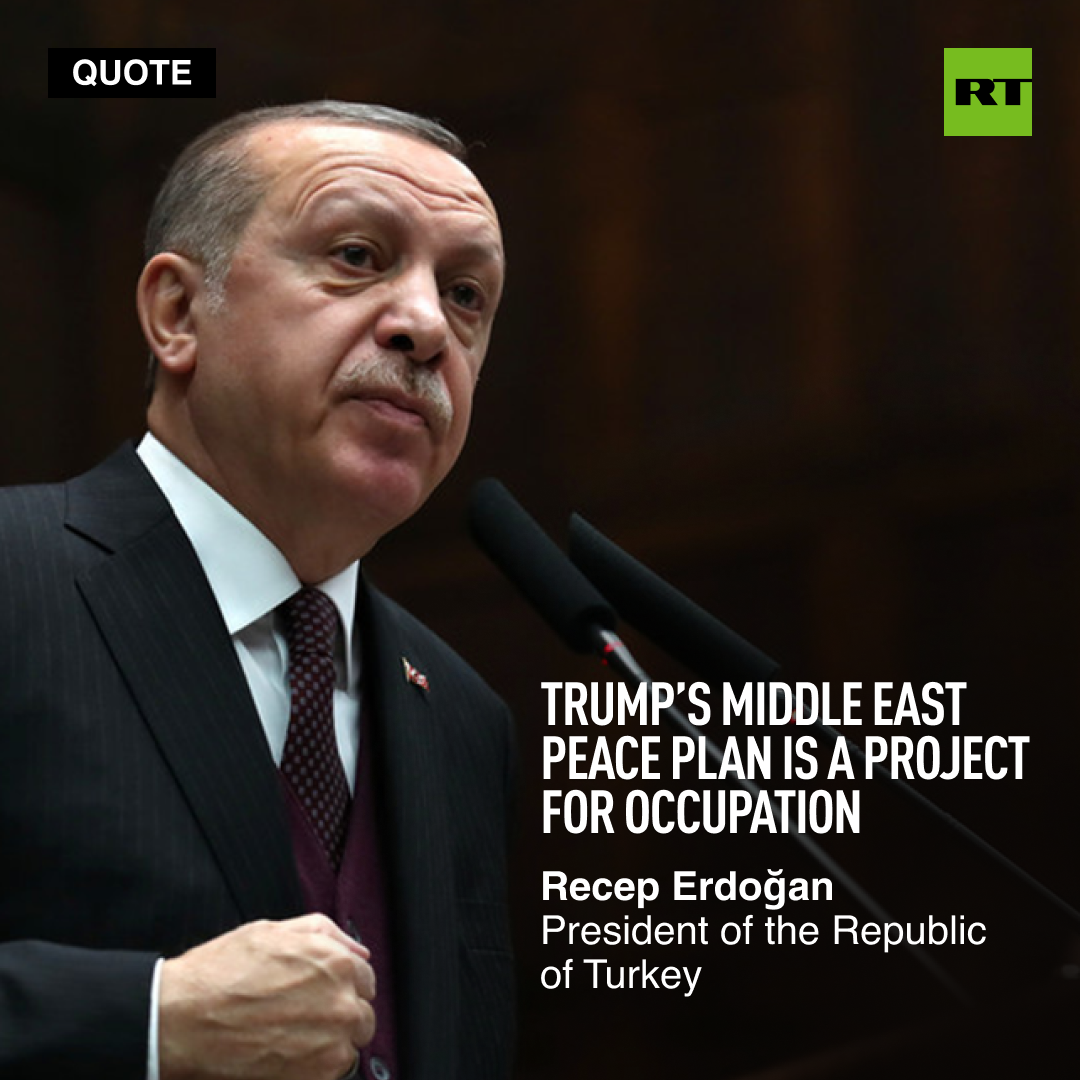 Turkish President Recep Tayyip Erdogan blasted US President Donald Trump’s Middle East peace proposal and vowed to back Pakistan on the issue of Kashmir as he gave a speech to lawmakers in Islamabad.

Erdogan railed against Trump’s much-touted roadmap for Israel and Palestine while addressing Pakistan’s parliament on Friday.

The Turkish leader noted that Ankara “gave the biggest reaction” to Trump’s initiative, which was quickly rejected by the Palestinians and widely dismissed throughout the Muslim world as skewed in favor of Israel. The plan includes the creation of an “independent” Palestinian state in the form of multiple enclaves within Israeli territory.

After Trump’s plan was unveiled in late January, Pakistan’s Foreign Ministry issued a statement, affirming support for a two-state solution within the pre-1967 borders between Israel and Palestine, with Jerusalem as the Palestinian capital. This corresponds with the demands of the Palestinians, who have been urging Tel Aviv to hand over the territories it occupied during the Six-Day War of 1967. Trump, on the other hand, has recognized Jerusalem as the capital of Israel.

Trump is set to visit Pakistan’s regional rival, India later this month. The two countries have been working on several major arms deals, including the possible sale of a sophisticated American air defense system to New Delhi, which was recently approved by the US Department of State. On Thursday, Pakistani Foreign Ministry spokesperson Aisha Farooqui told reporters said the deal will “further destabilize the already volatile region.”

While delivering a speech to Pakistani lawmakers, Erdogan also addressed the Kashmir conflict, saying it can only be resolved “on the basis of justice and equity” and through dialogue. He vowed that Ankara will continue to support Pakistan on this issue.

Tensions between India and Pakistan grew after New Delhi ended the longstanding autonomy of the disputed Kashmir region last year. Indian officials argued that the changes will help in the fight against terrorism in the Muslim-majority region and improve Kashmir’s economy. Islamabad heavily criticized the move, saying it will spark violence on the ground.

The not hypocrite double face war criminal and servant of Israel, talks against it but helps it in all ways he could. There's a place in hell reserved for hypocrites which is in the lowest dungeons, imagine the place reserved for such a hypocrite war criminal...