Nasrallah warns Hezbollah will down Israeli drones in Lebanon's airspace 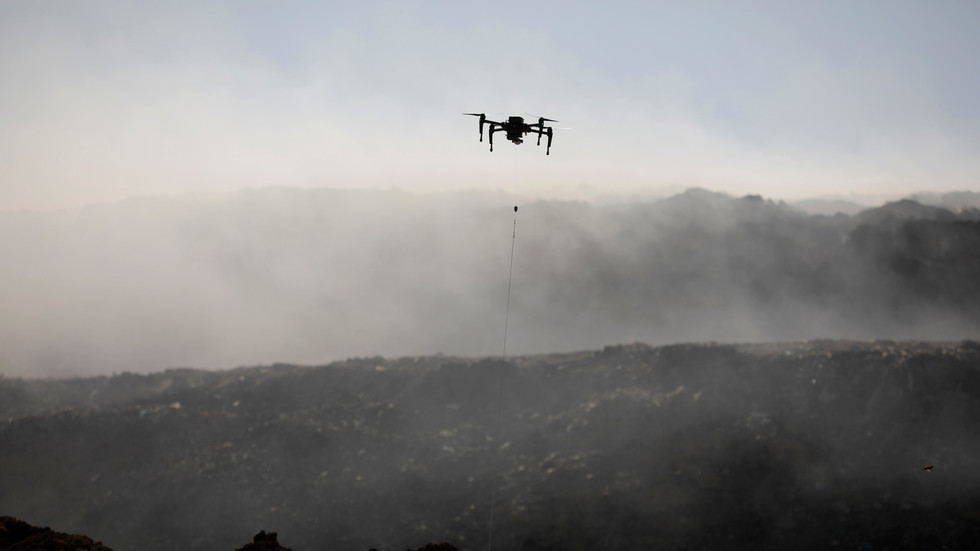 Hezbollah leader Sayyed Hassan Nasrallah has warned that his organization would shoot down Israeli drones if they appear in Lebanon’s airspace, after two IDF unmanned aerial vehicles had crashed in the country earlier.

He said that the drones had targeted a specific location in a Hezbollah-dominated suburb of Beirut, yet noted that they had not been shot down.

Nasrallah also threatened the Israeli military at the border with an imminent response if they were to kill any of Hezbollah's members in Syria, revealing also that two members of the organization had been killed in a Saturday night strike on Damascus.

Nasrallah accused Israel of breaching the rules of engagement since the 2006 Israel-Lebanon war. Lebanon's Prime Minister Saad Hariri had earlier said that Israeli drone flights were “an open attack on Lebanese sovereignty” and an assault on UN Resolution 1701, which concluded that conflict.

"The latest Israeli development (is) very, very, very dangerous," Nasrallah said in a televised speech, noting that the conflict between the two countries had "entered a new stage."

Two explosives-laden drones – believed to be operated from Israel – entered Lebanese airspace Sunday morning. One failed to detonate and crashed in a southern suburb of Beirut, while the second one damaged the militant group’s media center, according to a Hezbollah spokesperson.