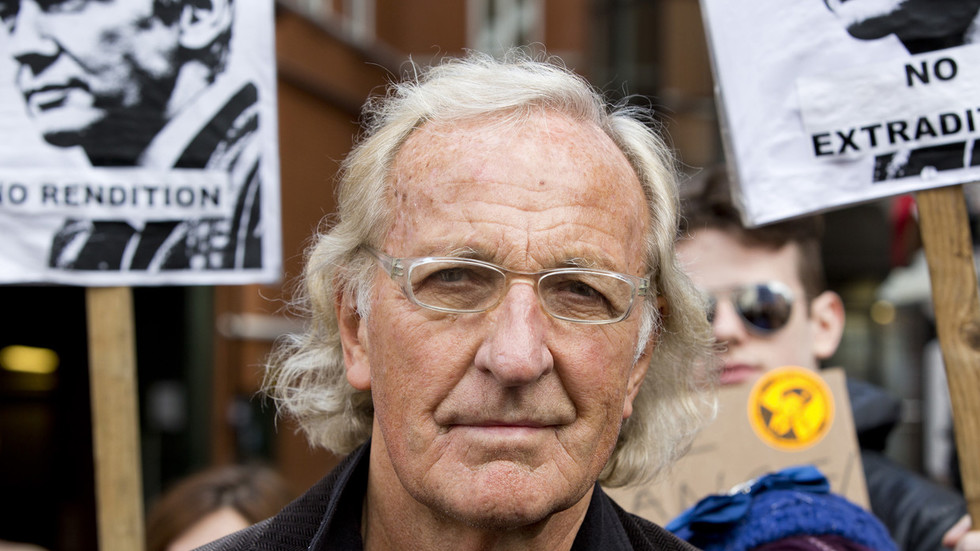 Julian Assange is in high spirits despite being deprived the materials he needs for his defense, veteran journalist John Pilger has reported, adding that Assange’s upcoming extradition hearing will be a battle for democracy.

Pilger tweeted out a status update after visiting the WikiLeaks co-founder in Belmarsh Prison.

“Denied the tools to prepare his defence against extradition to America, [Assange’s] resilience endures,” he wrote, stating that Assange’s upcoming court hearing will being an “epic fight… the fight of democracy.”

Pilger has been a tireless advocate for Assange, visiting him in prison multiple times and making appearances at rallies demanding the journalist’s release.

Assange will appear at Westminster Magistrates’ Court on Monday as he battles to stop his extradition to the United States.

In the US, Assange is charged with possession and dissemination of classified information. If found guilty, he could receive up to 175 years in prison. The journalist has been in Washington’s crosshairs for more than a decade, after WikiLeaks published a video showing the US military attacking journalists and civilians in Iraq in July 2007.

Assange’s treatment at the hands of UK authorities and other parties involved in his imprisonment was condemned by UN Special Rapporteur on Torture Nils Melzer in October. According to Melzer, the WikiLeaks co-founder has been subjected to “psychological torture” and his right to due process has been “systematically violated.”