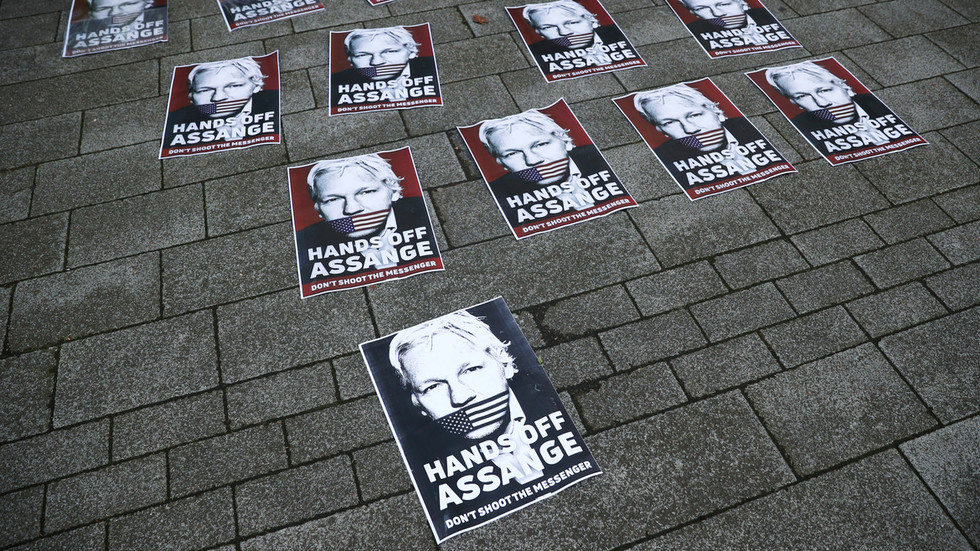 A judge has ordered Julian Assange to remain in prison indefinitely while awaiting extradition to the US because of his “history of absconding.”
The WikiLeaks founder was due to be released on September 22 after serving his sentence for breaching bail conditions when he sought refuge in the Ecuadorian Embassy in London. Assange spent almost seven years inside the embassy.

On Friday the Westminster Magistrates’ Court claimed there were “substantial grounds” for believing he would flee if released from prison. District Judge Vanessa Baraitser said Assange’s lawyer had not made an application for bail on his behalf, adding “perhaps not surprisingly in light of your history of absconding in these proceedings.”

WikiLeaks and Assange’s mother Christine criticized the court proceedings, saying the judge had refused bail before the defense team had a chance to even request it.

The extradition hearing will start on February 25, 2020, after British Home Secretary Sajid Javid signed off on the extradition request in June. The Australian citizen is fighting extradition to the US where he faces prosecution for allegedly leaking government secrets.

The disgrace of UK “justice” system is eye opening. That’s why the police more often shoot people in the eyes…

sadly, truth he provided is threat for us state of security. truth is not welcome. lies of govs in media are tool to keep calm society. no independent thinking, no real media, just stupid entertainment for masses. born stupid, learn nothing, think nothing, just follow the crowd of sheeps...

Like many place, the UK no longer has a justice system. It has a justice industry. And a very biased and corrupt one at that. In the case of Assange, the injustice and unwillingness of the court to follow even it's own rules (e.g. recusal due to conflict of interest), is staggering.