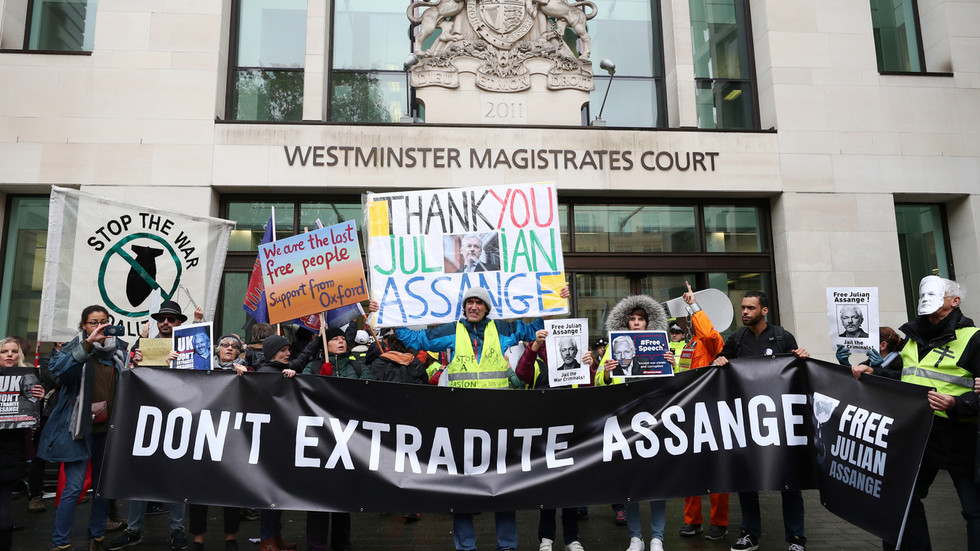 A Spanish judge will question Julian Assange on a Spain-based security firm thought to have spied on him in the Ecuadorian Embassy in London. His lawyer hopes it may help thwart the WikiLeaks founder’s extradition to the US.

Set for next week, the questioning is part of a criminal inquiry the Spanish High Court is carrying out into UC Global, a private security company suspected of gathering surveillance on Assange and passing it further to US intelligence services.

“December 20 is an important day,” Aitor Martinez, a lawyer in charge of defending Assange in Spain, told Russia’s RIA Novosti news agency. The Spanish judge will go to Westminster Magistrates Court “to receive a video conference testimony from Mr Assange as a victim of the alleged spy plot,” he revealed.

The firm’s name surfaced this summer when El Pais newspaper reported that it was eavesdropping on Assange during his exile at the Ecuadorian diplomatic mission in London. Citing recordings it has had access to, the paper alleged that the firm – tasked to guard the embassy – specifically focused on Assange’s legal matters discussions.

Now, Assange’s input is invaluable as it can pave the way to shooting down US efforts to try the publisher on their soil, Martinez explained. “Obviously, once Spanish justice receives such testimonies from Mr. Assange ... the British justice should rethink the usefulness of his extradition [to the US],” he argued.

It can become a reason for the United Kingdom to deny an extradition request issued by the country where basic legal guarantees are not ensured.

As the inquiry progressed, the Spanish High Court arrested the company’s owner David Morales, a former member of the Spanish military, believed to have liaised with the US side. He was released on bail, but his company’s premises were searched and his bank accounts frozen.

As the story unfolded, it emerged that UC Global operatives also monitored Russian and American visitors to Assange, handing their profiles to US intelligence.

Morales himself didn’t try to hide his ties to the “American friends.” According to Germany’s NDR broadcaster, which filed a complaint against UC Global for having targeted one of its journalists who visited Assange, Morales allegedly told one of his employees: “From now on, we play in the first league… We are now working for the dark side.”

He is said to have traveled up to twice a month to the US to deliver intelligence taken from the Ecuadorian Embassy.