Snake head and its benefits 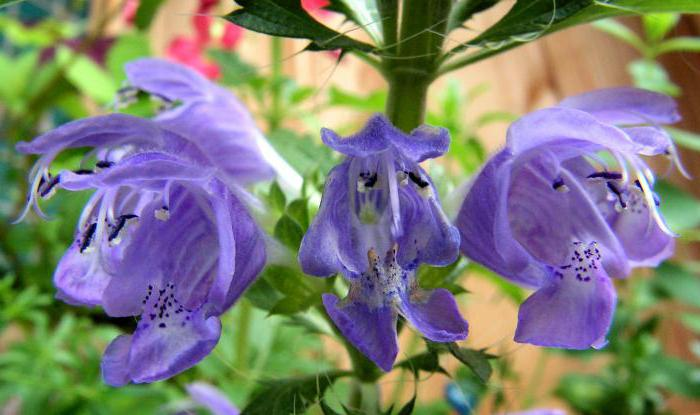 The snake head is a unique perennial plant that has an erect and branched stem up to 80 cm long and a thin rod root. Its opposite oblong-shaped leaves have jagged edges. Beautiful purple flowers are collected in false spirals of several pieces and are evenly found in racemose inflorescences.

The four-root fruit is divided into dark seeds that do not have a dormancy period: they sprout without difficulty immediately after harvest. During the wind, mature seeds spill from the lower spirals. Some seeds may germinate in the fall, but they die during frost. Others sprout in the spring. The snake head can be used in the form of seedlings, since this plant covers the ground with an elegant green carpet of seedlings.

Since time immemorial, the snake head has been used not only in Tibetan, but also in Indian medicine as a sedative, astringent, anticonvulsant and firming agent. It is often used for neuralgia, for palpitations, migraines, toothache and also during colds. The infusion of the herb presented improves the activity of all digestive organs, stimulating the appetite. In addition, this plant has a beneficial effect on the human immune system, has an antitoxic and choleretic effect, reduces glycogen in the blood and improves renal function. In addition, the snake head is effective for bruises and stomatitis, as well as for rapid healing of suppurating wounds. It should be noted that the snakehead essential oil has an antiseptic, mild laxative and antispasmodic effect, which suppresses the development of pathogenic fungi. And most importantly, all microorganisms do not develop resistance even with a sufficiently long contact. In addition, a special beneficial effect of the snake head was observed for some inflammatory gynecological diseases and dysfunctions.

Great post, this plant has a beneficial effect on the human immune system, has an antitoxic and choleretic effect, reduces glycogen in the blood and improves renal function.