Curcuma and its benefits 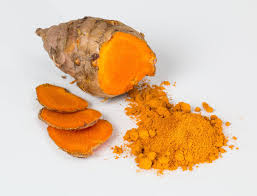 Paste-shaped turmeric is applied to the skin to treat many diseases. It is also inhaled in the form of steam with difficulty breathing. Although the number of clinical trials on the use of turmeric for this purpose is small, modern experts in Ayurveda continue to confirm that experience has shown that in the past 3,000 years, turmeric has relieved symptoms and continues to do so.

In traditional Chinese medicine, turmeric or "jiang huan" was also used due to the fact that "qi" or human vitality could supposedly increase. In addition, people believed that turmeric improves blood flow, relieves abdominal pain and helps restore the female menstrual cycle in the absence of menstruation (amenorrhea). Although the mechanism of action of turmeric in such cases has not yet been revealed, the tradition of using turmeric for these purposes is still preserved.

Recently, there has been an increase in the use of turmeric as part of an integrated approach to the treatment of diseases. Its use is recommended by many known doctors. In particular, it is said that drinking turmeric tea helps reduce stress and calm the mind. Another doctor who broadcasts a popular television show says that eating turmeric can help relieve the pain caused by the inflammatory effects of osteoarthritis and can be very useful for improving intestinal health because turmeric relieves stomach pain symptoms due to heartburn.

Although we already know that curcumin is the active ingredient in turmeric, the exact mechanism of action has not yet been explored. However, turmeric seems to have numerous mechanisms of action. This explains why it has been used for so long to treat a variety of diseases.

Arthritis is a disease that people have suffered since ancient times. Worldwide, more than 250 million people have arthritis. Before the advent of modern pharmaceuticals, arthritis patients not only suffered pain incessantly, but also used herbs and organic products that helped them relieve pain and discomfort. Today, as the side effects of prescription drugs are bothering an increasing number of people, many are looking for safer alternatives.

Studies show that turmeric helps relieve pain in both rheumatoid arthritis and osteoarthritis. Scientists have discovered that turmeric can reduce inflammation to the same extent as many popular prescription medications. This herb can alter NF-κB signaling and attenuate proinflammatory signals that cause pain to a person due to arthritis. Doctors call these chemicals cyclooxygenase (COX-2) and 5-lipoxygenase (5-LOG).

A data collection conducted in 2017 in Tucson, Arizona, revealed that rheumatoid arthritis patients who independently chose complementary treatments in addition to their typical prescription medications more frequently preferred turmeric than other types of medicinal herbs. In addition, the popularity of turmeric was due to its anti-inflammatory properties.

In addition to information on curcumin supplements that relieve arthritis pain, you can also get more detailed information about other natural treatments for arthritis.

Oxidative damage is the main process due to which our body ages and is eventually damaged. Examples of oxidation include the purchase of an apple or avocado that is left brown on the kitchen table when exposed to air. Corrosion of the steel bumper due to the weather is also an example of oxidation. Oxidative damage can be caused by sun, air, sugar, processed foods and toxic chemicals. Fruits and vegetables with a high concentration of phytochemicals (plant chemicals) provide our body with antioxidants that help protect it.

Turmeric also exhibits the properties of a powerful antioxidant, either when used as a spice in a diet or when taken as an additive with curcumin. It is widely believed that oxidative damage causes cancer and heart disease. According to a report published in 2016 in the journal Diseases, turmeric can help prevent oxidation.

Alzheimer's disease is a brain disease that usually occurs in older people. This disease is named after Dr. Aloisium ("Alois") Alzheimer's (1864-1915), a psychiatrist who diagnosed dementia in 1906 for a woman who died of a strange mental illness. He then published the results of his research in a medical journal. In 1912, this form of dementia was called Alzheimer's disease.

With regard to brain health, Dr. Dale Bradersen of the University of California, Los Angeles, author of the book The End of Alzheimer's 2017, believes that turmeric plays an important role in improving the symptoms of dementia and Alzheimer's . Many scientific studies provide evidence of its usefulness. A scientific study showed that turmeric can play a role in inhibiting the formation of amyloid plaque in the brain. It is believed that the accumulation of this material in the brain is the cause of Alzheimer's disease. In a 2017 study published in the Journal of Alzheimer's Disease, the Journal of Alzheimer's Disease, it was concluded that turmeric can also play an important role in preventing memory loss. The possible role of turmeric in preventing mild cognitive impairment and, ultimately, Alzheimer's disease causes an intense and joyful emotion. Meanwhile, anyone who wants to improve their memory should consider it as an important component of their diet.

Asthma is a common respiratory disease in children and adults. Doctors call it reversible chronic obstructive airways disease, which responds to pharmacological treatment with albuterol. Fortunately, given the cause of asthma and its correct diagnosis, the disease can be cured successfully. Despite our ability to control asthma symptoms, it is also important to prevent their attacks. Curcumin seems to play an important role in this.

A 2014 study, published in the Journal of Clinical and Diagnostic Research, also concluded that oral administration of turmeric can help improve lung function in patients with asthma.

It's probably because you've used the #naturalmedicine tag and/or posted content on https://naturalmedicine.io/ that was deemed inappropriate for some reason.

Firstly — do not take this personally; this is not a reflection or a judgement on your character. There is no failure, only feedback. Use this as the opportunity to improve the quality of what you are creating.

Secondly — this means only your LOTUS rewards will have been affected.

The most likely reasons could be:

You’re invited to discuss this further in the #downlotus-appeals channel in our Discord server https://discord.gg/ecEBwJT