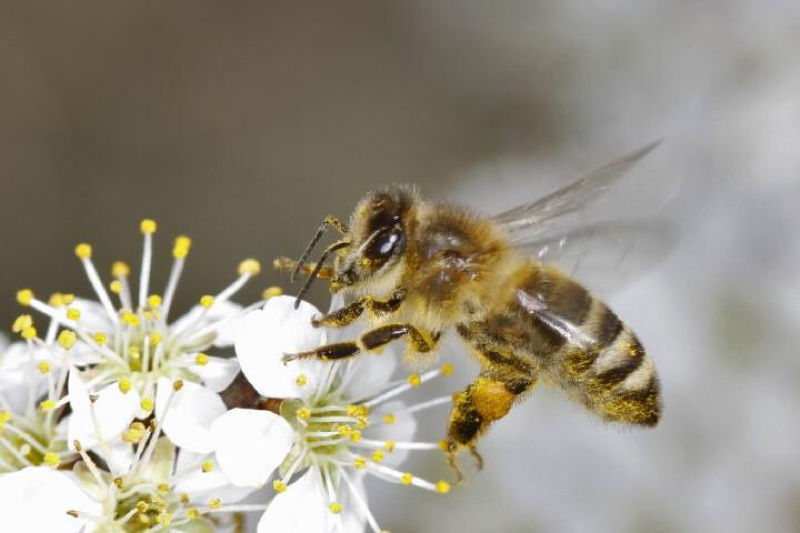 The number one killer of honeybees is not pesticides, despite expensive marketing campaigns by environmental groups trying to claim that is the case (1), and it isn't even the very lucrative industry of trucking bees around to engage in artificial pollination for crops like almonds, which leads to shock from being in new places. It's nature, bee losses overwhelmingly occur due to winter but secondarily happens in the form of pests and diseases.

As beekeeping revenue has become more about induced pollination rather than honey, there has been concern that such "intensification" will lead to more diseases among bees, but a new statistical analysis has found that is not so(2) and crowding many colonies together is "unlikely to greatly increase disease prevalence."

In other aspects of agriculture, disease does spread with crowding - there are 50,000 bees in a hive, though, so they are already crowded. It's why varroa mites, the big killer of honeybees, devastate colonies where pesticides are not used and why unwillingness to use medicine keeps organic honey a tiny market. But density of hives won't matter in disease spread as much as the lack of pesticides will.

Aside from keeping mites from running rampant, the best defense for bees is food. Commercial beekeepers are not allowing bees to die from lack of food (though amateurs who took it up as a fad see mass die-offs due to thinking they just put up a beehive and bees will make it work lose a lot that way) and if they are healthy they can better resist disease, but booms and busts have been known for as long as bee numbers have been recorded (3)

Keeping more bees will not create a so-called "Colony Collapse Disorder." There is no evidence such a thing has ever existed, other than being the kind of statistical blip recorded many times throughout history. Bees are hyped by journalists who read too much Treehugger and are intimidated by science, but there is no question they are important. For that reason, it is vital that we zero in on why they sometimes have 50 percent die-offs. Just because that has happened forever doesn't mean we need to let it continue.

(1) Why is it that environmental groups always make women look stupid? Maybe they don’t like women. That would explain why the wage gap in the environmental sector is so much larger than in engineering.

(2) The authors instead fall back on blaming other scientists, despite lacking evidence that pesticides like nondeterministic on seeds are killing bees in any significant way.

Hey there @roshniakter24, welcome to STEEM. If you join @schoolofminnows, you can receive votes for free.