Portraits for Families and Cute Couples 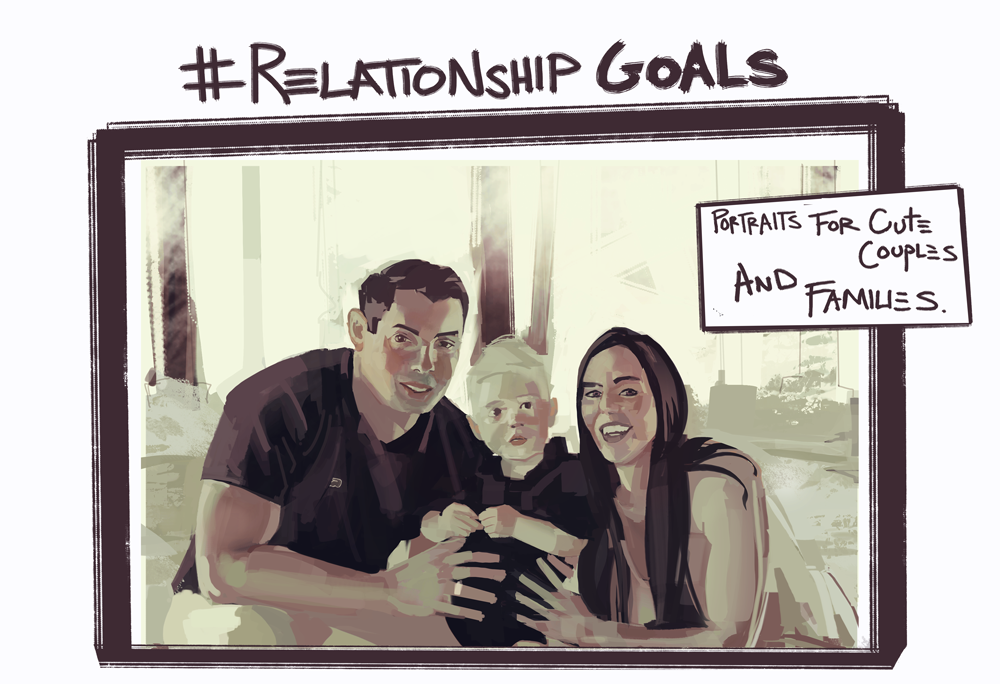 Every year I make portraits for my friends and family, and this year I decided to create a Shopify store surrounding this practice, and then share the opportunity to pick up a commission via this shopify store around the internet.

I got a printer and a fresh set of inks, and I secured a line on some solid paper from a local art store as well as a box worth of shipping materials.

I also reached out to instagram influencers within the #relationshipgoals niche looking for cute couple and young families who wanted to get their portrait done.

There are a few things that I ought to have done differently , and I see that now -- however, it was a good experiment for what it was during the moment.

Here are some things I ought to have done differently:

1) Integrate Steemit and Woocommerce to provide these services directly to people on the Steem platform, using the native currency. That would have been number one.

2) I ought to have had multiple examples of portraits.

3) I ought to have had a permanent site, and done a multiple month campaign where I collected target audience data over a longer period of time.

4) I ought to have targeted a couple of r/drawme reddit communities for the examples.

Some things that worked out well:

1) I ended up picking up a couple commission a few weeks after the experiment concluded.
2) My initial portrait of some friend of mine and his family helped pay for some inks.
3) I ended up getting a NSFW painting commission from one of my patrons because I had opened up commissions, and that person was interested.

I'd say the long term experiments are probably more valuable than the short term ones -- but I do like the idea of single product focus experiments, and will most definitely try again in the future.