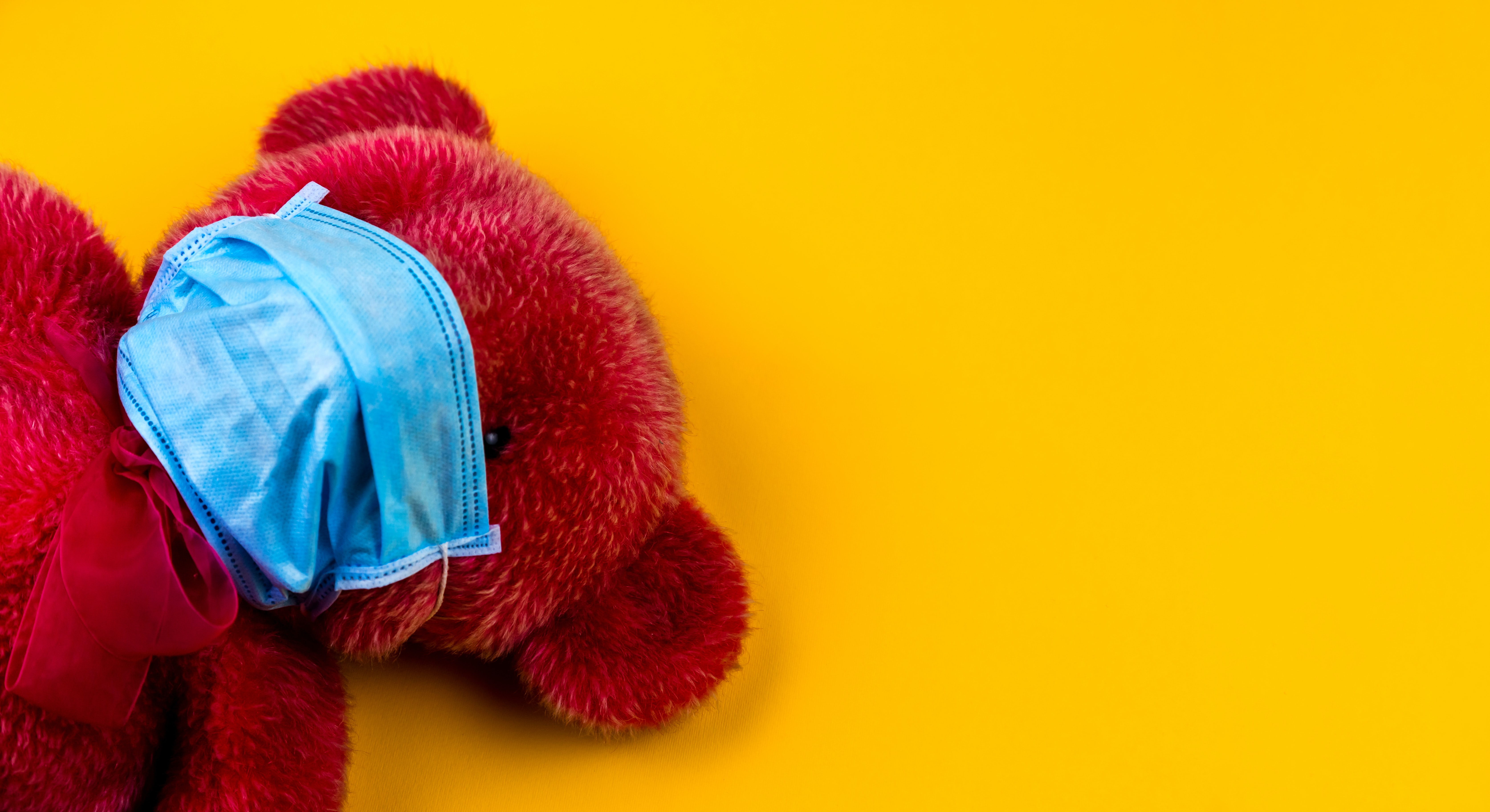 I feel my patience & tolerance for the whole mask bullshit ran out long ago. Or maybe I never had any to begin with.

I have an incredibly difficult time finding respect for grown adults who've allowed themselves to be gaslit into wearing face diapers for months, and somehow think it's virtuous or has scientific merit to save people from dying from a virus with a collective 99.99% recovery rate.

I have an even more difficult time fathoming the reality of these people walking around outdoors where no governmental mandates are active continuing to participate in this insanity. 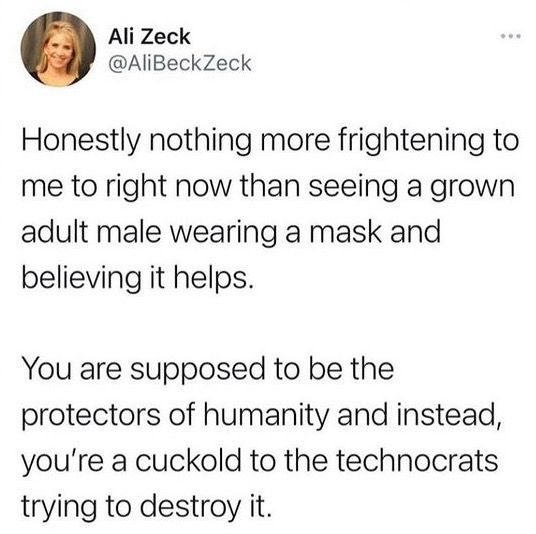 When I moved to this small mountain town of Revelstoke revered for its snowboarding, mountain biking, and outdoor sports, I thought I'd be in the company of people who got it - some other fringe-dwellers who've chosen to live outside the rat race and see through the haze of the collective dreamspell the world's been under. I was wrong.

While I've limited my trips into town to a groceries run every three weeks, given I'm incredibly uncomfortable in the space where people subserviently muzzle themselves because they'd rather obey tyrannical governments pushing lies than take a stand for their constitutional rights, I was actually kind of looking forward to the summer markets outside. I was disappointed.

While the province of BC has had a dumbfuck mask mandate in public indoor places since November, it seems something like 95% of people out the outdoor market are still wearing fucking face diapers.

It's a challenge to not let my resentment for humanity grow indefinitely in response to witnessing such insanity.

To observing social conditioning override critical thinking. Peer pressure dictate a population's choice to voluntarily muzzle themselves and go on pretending like everything's fine. Lack of a backbone undermine the willingness to stand for the constitutional, human right to free air. Herd mentality override sovereign self-respect.

I've been growing increasingly disgusted with the majority of humans in how they've delegated their authority to such a trend propagated through delusion. 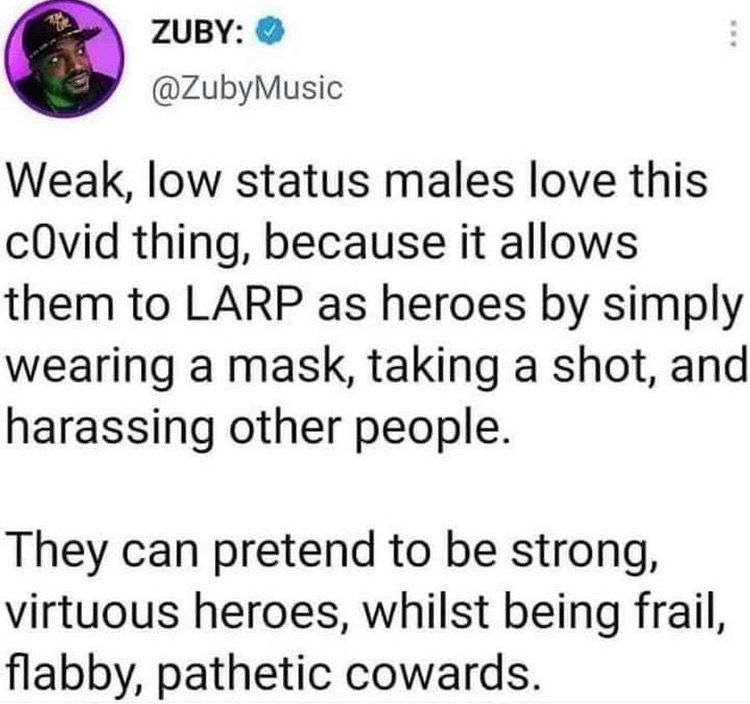 Maybe I'm being too "harsh" in my assessments, submitting to the shadow of my South Node in Sagitarius, while the collective is in the same transit - not slowing down and being compassionate enough to see others' points of view.

Maybe such aggression in my outlook & feelings towards the situation is a lower-octave embodiment of my Mars-Sun conjunction in 11th house, yet to be transmuted into some higher form which entails more empathy & compassion.

Yet, there's part of me that has in incredibly difficult time not calling bullshit when I see & smell it. Especially when it's fucking everywhere.

If only Canadians had the same balls as Texans... 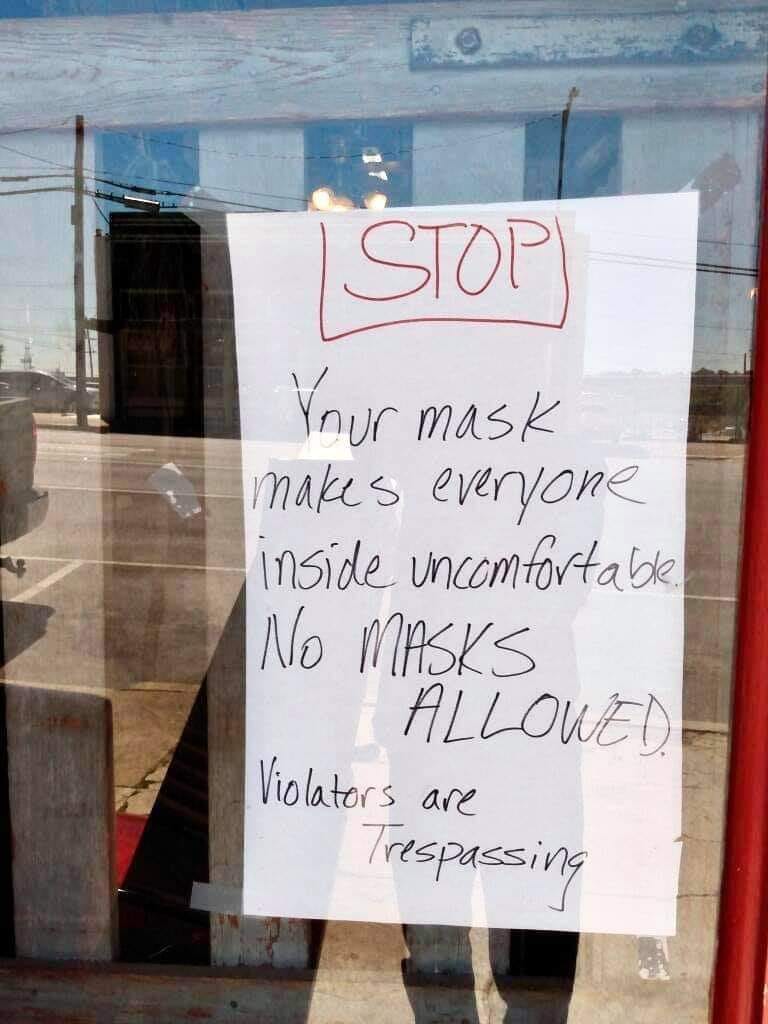 When the house of cards finally falls and the masks come off, it's gonna take some maturing to be able to look people in the face again and find some respect again, knowing what part they played in the better part of the year prior's farce.

Maybe I'm too extreme with my judgements and am just sitting up on some self-righteous high horse, though I feel it's gonna take alot for people to earn back the respect I've lost for the majority through this all.

Maybe I'm the toxic one with such lack of compassion & empathy, and it's for the best not to pollute all their happy-go-lucky-with-my-face-diaper vibes with my criticisms. *And if it's me whose truly out of line and a threat by challenging this status quo of $cientific political fuckery thrust onto a population unwilling to go against the grain of such mass manipulation, may God do what he will to destroy what ego's left that's resistant to the obvious charade of this all and put me in my place.

Yet, I cannot sit masked without speaking my truth and calling the insanity out as it is.

Call it a disability if you will, but I don't possess the capability to pretend I don't see the crimes against humanity, the complicity of cowards masquerading as virtuous heroes for playing into the psy-ops, and sheer madness of the extent to which the majority have been lulled into a collective dreamspell.

Call me whatever names your political ideologies direct you to in response to blowing the whistle on their bullshit, but I can't act like I don't give a fuck enough about humanity to say something when I see people bending over backwards to get fucked in the ass because their slave masters say it's for their own good while being led off a cliff.

And maybe I'm the coward, being a "keyboard warrior" here with these vents, whilst biting my tongue when out in public actually confronting the hoards of people walking around masked outdoors.

In any case, this needs to be expressed.

I'm fucking tiring of this pent-up rage building. And while it's clear the outside world isn't changing on my desired schedule and I'll have to deal with grown adults in polkadot face diapers whose forcing these backwards-assed rituals on their children is nothing short of child abuse for some time longer, perhaps this is all one big lesson in minding my own damn business and surrendering to God's plan that this somehow is all serving some bigger purpose than I can see past in these emotionally-charged states.

So vent, I shall - if only for the sake of my own wellbeing in having spoken my truth, irregardless of who actually reads it or what impact it fails to make.

though is it really "showing respect" if you're merely fuelling their gaslighting...?

it depends on the situation if, for example, I will be in trouble if I still want to stand on my ground where the ground occupied by almost the majority of the opposition ideology, do you feel it is still worth fighting for your own personal ideology in this particular situation?

Congratulations! Your post has been selected as a daily Steemit truffle! It is listed on rank 20 of all contributions awarded today. You can find the TOP DAILY TRUFFLE PICKS HERE.