Kromeriz, the Athens of Haná | A city of charming gardens listed in UNESCO 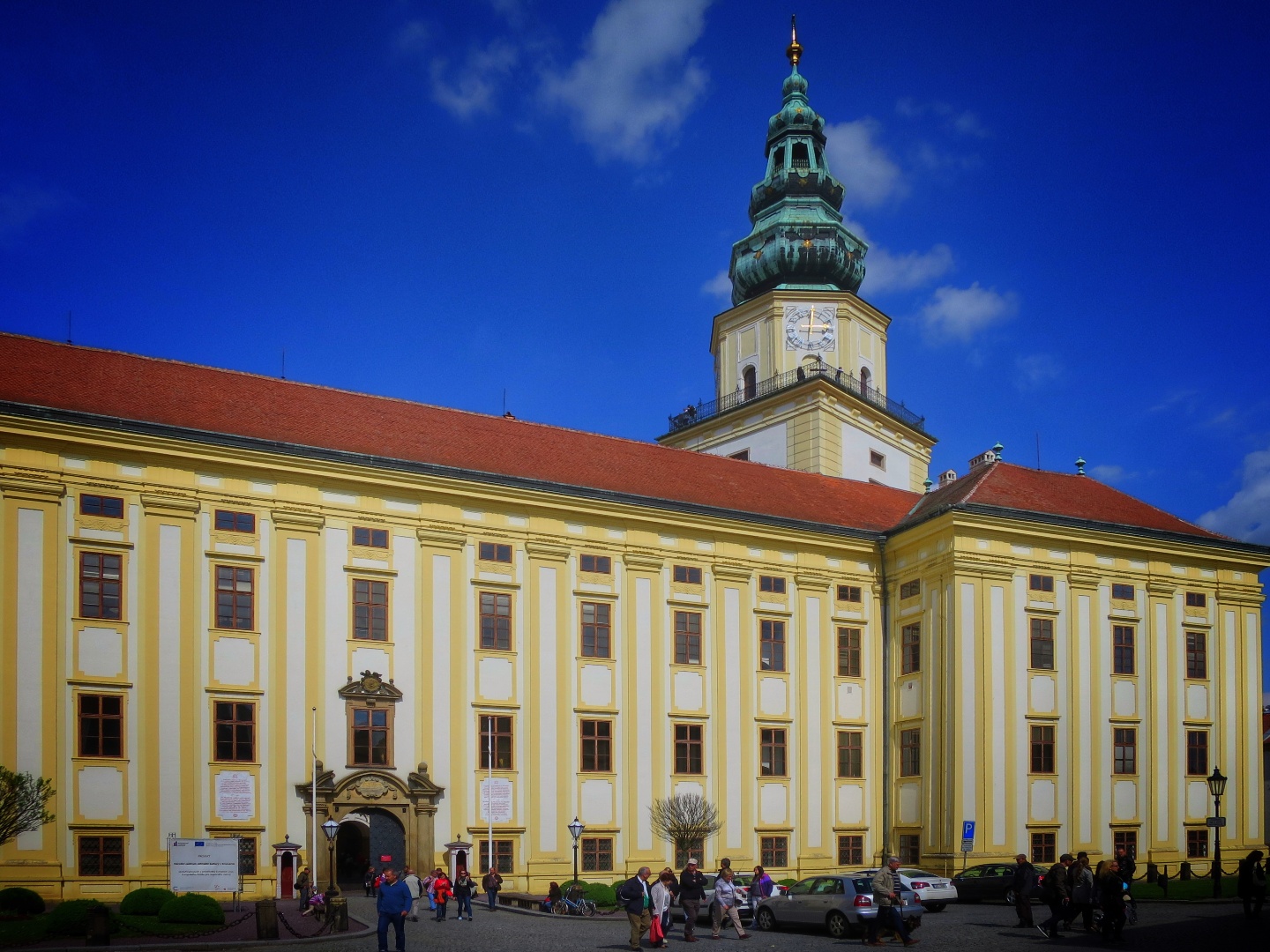 Kroměříž is one of the most beautiful places in the Czech Republic. It is called the Athens of Haná - a region in the middle of Moravia.

This almost thirty thousand town was declared the most beautiful historical town in the Czech Republic in 1997. And a year later, in 1998, the Archbishop's Chateau, along with the Flower Garden and the Chateau Garden, were listed in the UNESCO World Heritage List.

Let's take a look at the most important places that you should not miss when visiting Kroměříž:

Built in the early Baroque style, the Archbishop's Chateau houses exceptionally well-preserved interiors and numerous collections of paintings and books. The chateau is adjacent to the chateau garden, which is, like the chateau, listed in UNESCO World Heritage List.

The Archbishop's Palace, as its name suggests, has been the property of the Archbishopric of Olomouc since the 12th century. Formerly served as a representative seat. At present, it has become the seat of the National Heritage Institute and the Territorial Administration of Heritage Objects in Kroměříž.

The Chateau is dominated by a tower reaching to a height of 84 meters. This tower is open to the public, so you can enjoy the magnificent view of the adjacent park and the Great Square.

It is one of the most attractive places in the Czech Republic with more than 100,000 visitors every year.

Chateau Courtyard and the observation tower

The chateau garden used to be just a flower garden, in which vegetables and fruits were also grown. It was transformed into a park of contemporary Baroque appearance with an area of 64 hectares in the 19th century. It was completed with ponds and creeks, which make the stay in the garden more pleasant.

Part of the garden is also small architecture, including Pompeii colonnade, Peacock courtyard, Fisherman's and Chinese pavilions. Animal lovers will also find the Zoo-corner, which is one more reason not to miss this garden during a tour of Kroměříž.

The Flower Garden has no comparison in the world and is historically and architecturally the most valuable place in the city. The complex of these beautiful gardens is the top work of 17th century garden art in Europe.

Its geometrical regularity is somewhere on the border of Italian Renaissance and Baroque-Classical gardens, which are mainly located in France, for example the garden in Versailles.

Flower Garden in Kroměříž with rotunda

And what can you find in the Flower Garden?

A beautiful 17th-century colonnade, which is 244 meters long and you can also walk and take beautiful garden photos. In the niches of the colonnade are statues of Greek and Roman gods.

Rotunda with Foucalt pendulum, which has been here since 1908.

Then also a maze, the historic building birdhouse built on an artificial island and in which there are various species of rare birds or the rabbit hill on the top of which rises a statue of the goddess Diana. Inside this small hill, there are living rabbits, that is where the name came from.

The Lion Fountain and the Triton Fountain are also interesting, you certainly will not miss them.

Birdhouse in the Flower Garden

The Church of St. Moritz was built in the second half of the 13th century, mainly thanks to Bishop Bruno Schauenburk.

Church of St. John the Baptist

Church of St. John the Baptist is the Baroque church in Kroměříž, which was built in the 18th century by the Piarist order. This church is one of the most beautiful Baroque churches in the Czech Republic.

Church of St. John the Baptist

Church of the Assumption of the Virgin Mary

The present Baroque appearance of the Church of the Assumption dates back to the 18th century, when the original church, which was destroyed during the Thirty Years' War, was restored here.

Church of the Assumption of the Virgin Mary

The Great Square in Kroměříž is the imaginary centrepiece from which you should base all your trips in this picturesque town. You will be interested in the column with the statue of the Virgin Mary, built by G. P. Tencall from 1681.

The Renaissance Town Hall is located on the main square with its 40-meter high tower. In addition to the tower, you may also be interested in the massive two staircases and the tower clock, which two clock faces, one showing minutes and the other hours, which is a quite unusual solution.

In the centre of the square, there is a Baroque fountain from the 17th century, which adjoins the column.

Kroměříž is a wonderful town with two imposant gardens and the Chateau, which is definitely worth a visit, while you are in the Czech Republic! I'm sure you will like it.

Congratulations! Your post has been selected as a daily Steemit truffle! It is listed on rank 6 of all contributions awarded today. You can find the TOP DAILY TRUFFLE PICKS HERE.

Your post was upvoted by @steem-ua, new Steem dApp, using UserAuthority for algorithmic post curation!
Your UA account score is currently 2.225 which ranks you at #22531 across all Steem accounts.
Your rank has not changed in the last three days.

In our last Algorithmic Curation Round, consisting of 95 contributions, your post is ranked at #68.

This post has received a 3.13 % upvote from @drotto thanks to: @sbi-booster.