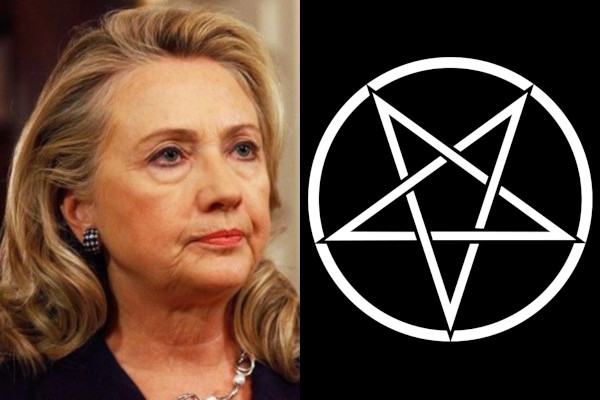 What do the Finders cult and NXIVM have in common besides the obvious ties to pedophilia and child sex-trafficking? Ties to Mexico- the very place that CIA psychologist Michael Maccoby was running his psyop disguised as a school. The Finders were allegedly, according to their statements, taking six children to Mexico to a "special school" for gifted children. NXIVM was also in Mexico where children were groomed for a future of sex slavery. It isn't a very far stretch to assume that these groups are somehow connected, given that their purpose was one and the same. In fact it's entirely possible that NXIVM is just the natural evolution of the Finders- both were a bunch of old "Hippies" who lived an alternative lifestyle. Remember that Michael Maccoby was the Director of  Nuestros Pequeños Hermanos, a system of orphanages and has been operating in Mexico since the 1950's and 60's- who better to organize these special schools given his access to children.

The Maccoby Group in Washington, D.C. offers consulting, cultural audits, coaching, research and leadership workshops. On strategic intelligence, they offer “A workshop based on more than 35 years of applied research, teaching and consulting with leaders in business, government, unions, universities and non-profit organizations in the United States, Canada, Western Europe, Africa, Asia, and Latin America.” They also coach leaders at Nuestros Pequeños Hermanos, homes for orphaned and abandoned children, an orphanage (A Field of Cabbage) in Mexico, Honduras, Haiti, Nicaragua, Guatemala, El Salvador, the Dominican Republic, Bolivia and Peru.

This puts Maccoby in a unique position to access the very type of children the Finders and NXIVM would naturally be interested in. But in order to have any level of success what is necessary is an open border and given NXIVM's ties to the Democrat Party (they are very generous donors to Democrat candidates) it's in the interest of both to keep the border open. The use of our southern border as a route for child traffickers is well documented going back to the discovery of the smugglers camp outside of Tucson, AZ, a known child sex-trafficking hub. Consistent with our theme that none of this happens in isolation but is part of a much larger network, the camp was on the property of Cemex, a concrete company partially owned by Mexican billionaire Carlos Slim. Slim's foundation is tied to the Clinton Global Initiative (Clinton Foundation) along with the Radcliffe Foundation of FOB (Friend of Bill), Frank Giustra, a Canadian billionaire. These will all come up in future posts- I only wanted to show the complex relationship between the actors and how the ripples all coincide at some point.

So, who, besides the cartels, is in control of the US/Mexico border? We usually think of this being the purview of the Border Patrol, Homeland Security, local law enforcement, etc.. However there's another entity that really controls border policy that most of us never even heard of... a corrupt institution that profits handsomely along with the cartels and the child traffickers here in the US. It is in their interest that the border remains as porous as possible... This group is known as the International Boundary and Water Commission (IBWC).

Or is there corruption on the American side as well? There's a lot of money to be made from smuggling children for sex... as one smuggler put it: "Drugs you can sell once, children you can sell over and over again." The links between Nancy Pelosi, the former Mexican President (who was owned by the cartels) and the Clinton Foundation where the money is laundered is well documented, as is the relationship between the Democrats and NXIVM.

The governmental entity with the actual jurisdiction over the crime-ridden border is The U.S. Section of The International Boundary and Water Commission, a “United Nations-type” globalist agency, run by deep state hacks, that is deliberately allowing hordes of foreign nationals to illegally enter the United States, the decorated war hero explained.  “This organization basically controls our borders. Homeland Security doesn’t control them. Border Patrol doesn’t control them. This international organization, that’s half-owned by corrupt Mexico, controls our border,” Kolfage said. “These Mexican officials – a lot of them are corrupt and it’s proven that they’re corrupt – have say what goes on at our border on the United States side.”

As a result, a gate granting access to the US has been permanently been padlocked open so that "workers can have access." However as Mr. Kolfage points out, perhaps one worker per week needs access and it would be just as easy to give him a key. The video shows that this is a route constantly used by smugglers and illegal aliens. “The IBWC is a fine example of overreach and growing to big. They are over stepping DHS, national security experts and undermining (President Trump) as soon as they locked our gate open we noticed many other gates around el Paso just opened up!! They are planning for mass invasion,” Koflage wrote.

"As for the IBWC, Kuczmanski says they have 24-hour security monitoring all of their property." The footage presented by Mr. Kolfage shows that this is clearly not true. The corruption of the IBWC is obvious... they're using the courts and their standing as a government agency to mask their corruption and continue the flood of illegals.

Texas District Judge Keno Vasquez of Hidalgo County on Dec. 4 issued a temporary restraining order Tuesday, ordering We Build the Wall to stop construction on land near property owned by the National Butterfly Center, citing the project’s potential for “imminent and irreparable harm” to a border butterfly sanctuary. “They’re called the Butterfly National Center – they are not a national anything. They are trying to sound like they’re some federal museum,” Kolfage said. “They named themselves the National Butterfly Center and its nothing more than a piece of land out in the middle of nowhere, right on the border, where illegal aliens are crossing every single day. Cartels are coming off their property and it should be called the National Cartel Center.  While illegal immigration jeopardizes U.S. national security, with illegal immigrants committing rape, drug sales, murder again, and again, and again, and again, environmentalists are more concerned about protecting the well being of insects than citizens.

Actually it's protecting the profits of the cartels and the corrupt politicians that profit from the sale of children. Criminals from all over Latin America are using the porous border to traffick children all over the US. Recently a group of child sex-traffickers from Guatemala were arrested in Wisconsin- about as far away from the border as you can get- proving that this is not a localized problem, but part of a nationwide network.

The Green Lake County Sheriff’s Office has arrested six people on December 11th in connection with a sex trafficking case, according to a news release. Law enforcement officials said they received a 911 call on Thanksgiving Day around 11:00 p.m. from a juvenile on the run. According to police, she had escaped from a residence where she was being sex trafficked. Police said she was able to provide information that allowed police to start an investigation. Police executed a search warrant on Nov. 29th at a home in Manchester, Wisconsin, where they seized multiple items of evidence believed to be connected to the assault of the juvenile. The warrant also led to the arrest of six people who all lived in the home.

This is just a symptom of a much larger problem- a systemic sexualization of children beginning in kindergarten if not before (Remember JonBenet Ramsey and Toddlers & Tiaras) that causes children to be looked at as sexual objects. The parents as well as the entire culture are to blame... if a demand for something is created, someone is going to find a supply. American culture is being "psychologized" into accepting pedophilia the same way it was homosexuality, transgenderism and other behaviors found universally unacceptable a generation or two ago. Behind the push are government institutions, the medical community- and their cavalcade of "experts," and of course the elites who demand a steady diet of new forms of "entertainment." The American Psychiatric Association (APA) who is removing pedophilia from their list of mental disorders.

In the face of significant criticism of its inclusion in the DSM-5, the American Psychiatric Association (APA) has stated its intention to remove the term Pedophilic Sexual Orientation from the diagnostic manual. Removing that term in response to public criticism would be a mistake. Experiencing ongoing sexual attractions to prepubescent children is, in essence, a form of sexual orientation, and acknowledging that reality can help to distinguish the mental makeup that is inherent to Pedophilia, from acts of child sexual abuse.

Don't forget that the Democrats are pushing legislation that protects all forms of "sexual orientation." That would undoubtedly include pedophilia. What we're up against is a behemoth, an entire religious ideology seeking to invert God's commandments and replace them with a satanic evil. Pedophilia and all of the actors we're investigating are symptoms... this is the age-old war of good vs. evil and the victor will rule the world. Those on the side of evil view humanity as commodities to be done with as they wish- even to the point of murdering children or selling them into sexual slavery. There are only two sides in this war- there is no room for neutrality... remember the words of Dante:

We are up against an enemy with no capacity for empathy- as evinced in the evil of abortion, the war against the innocent, most defenseless members of society. There is no lie that they will not tell to prevail. They are organized and they are evil. They make good look like evil, and evil good. Remember, Satan was the most beautiful of all the angels. The allure is strong, but we must be stronger. I only hope that through this series I can shine a light on the evil.

How can I accept Jesus Christ in my life? Comment what you understand of our topic.
Check our Discord 😍🤗❤

Edgar Bronfman must have been involved somewhere. Seems if they are a billionaire, and you've heard of them, they were involved.

You're one step ahead of me! I focused more on the sisters, but Edgar was pals with the Rothschilds who are at the bottom of this whole mess!

Merry Christmas to you Brother!