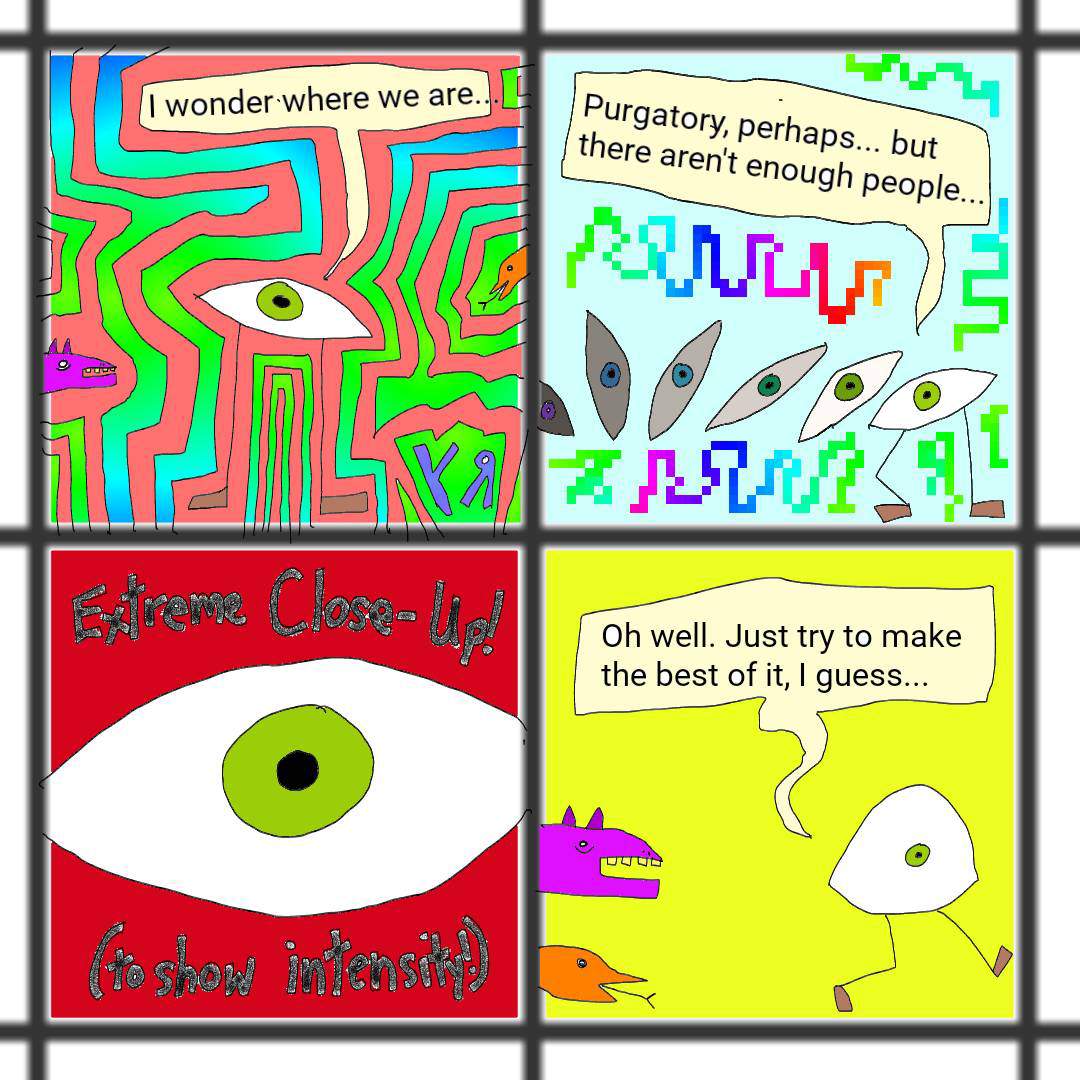 When last we left our hero, Smerg MaGorgan, he had been blasted by Dr. Wutchamacallit's deadly "Negative Reality Inversion Ray!" Smerg wakes to find himself in a strange, San Francisco like land...

WHERE, exactly, is Smerg? WHY did he refer to himself as "we"? WHO are the strange creatures that are following him? And WHEN will I get to have lunch??? (I'm starving...)

These questions and MORE might be answered if I ever bother to draw Smerg MaGorgan ever again...but who knows???

Meanwhile, I ordered a bunch more copies of a few of my books because I was invited by my old boss to share a table with her at the upcoming UNPUBLISHED WRITERS FEST, which goes down on Saturday, January 25th, 2020, at the Clark County Historical Museum in Vancouver, Washington, USA. The event starts at 9:00 A.M. and goes until 4:00 P.M., and it's being put on by a coalition comprised of the museum, the Richard Brautigan Unpublished Library, and WSU@Vancouver. The event is free to attend and open to the public!

I have taken part in a couple of previous Unpublished Writers Fests, although those were SEVERAL years ago, and I usually present a booth about ZINE MAKING, and even gave a demonstration, one year, on how to cut and fold micro-zines. But, like I said above, I haven't gone to any of the events for the last four or five years, so I'm pretty excited to attend this year's shindig! (Plus, I haven't seen Dr. Robertson in a long time---she runs the WSUV Writing Center where I used to work---so it will be nice to get to see her again! AND Mariah and I love this little crepe shop in Vancouver, which is only a couple of blocks from the museum! We'll definitely need to make a run at some point during the day!!!)

With my books already ordered for the event, all I need to do before the 25th is design and print a stack of business cards, and I'll be ready to party!!