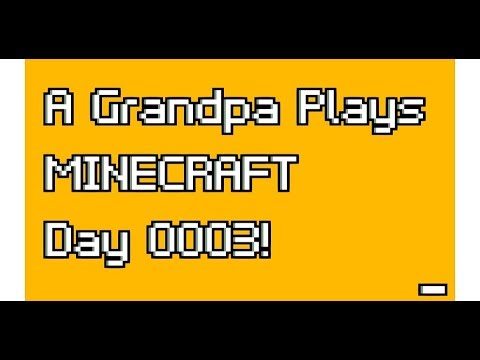 Hey folks! My MINECRAFT play-through experiment continues! In this odd-ball episode, I fight some monsters, do some farming, make some stained glass, and (after dark) spot a mysterious glow on the horizon! It's a bit like watching a slightly deranged person wander around and talk to himself---except there are zombies!

As always, the project is lo-fi, but you can hear what I'm saying... Maybe that should be my new angle (for future episodes.) While I'm doing Minecraft stuff, I'll tell weird stories that have nothing to do with the game! ??? (It's a thought.)

You know, I didn't actually expect to be doing a new episode so soon. I got off work a little early last night, ate some cereal, and realized that the wife and daughter were going into the bedroom to watch some "murder show," (they like forensics programs,) and I thought, "Why not make another Minecraft video?" (This is EPIC storytelling, isn't it!?!) And though I was tired, and I knew I should get to bed---because today is going to be a MARATHON---I went ahead and recorded a video, edited it, and uploaded it to the YooToobs, instead of being responsible and getting the rest I'm going to need today and tonight. (Foolish human does foolish things!)

But---there you go. A surprise Minecraft video, put together instead of getting enough sleep. HOPEFULLY, I'll have a new READ A DAMN BOOK review for you folks, either Saturday or Sunday, and THEN I REALLY REEEAALLY need to get some new CRYPTO-ART uploaded to my MakesPlace store. I'm behind in all of my production scheduling lately. (Remember when I started that "STORY TIME" thing? What was that, like two years ago or something???) Yeah... I really need to get my SMURFIN' act together, make a schedule, and STICK TO IT.

There you go. RESOLVED. I'll be better at getting my work done on time. (Now, let's see if I can managed to actually ACCOMPLISH THAT!)

Okay. Now, I need to take a nap before the baby gets here and I have to start my seventeen hour work day!!!!