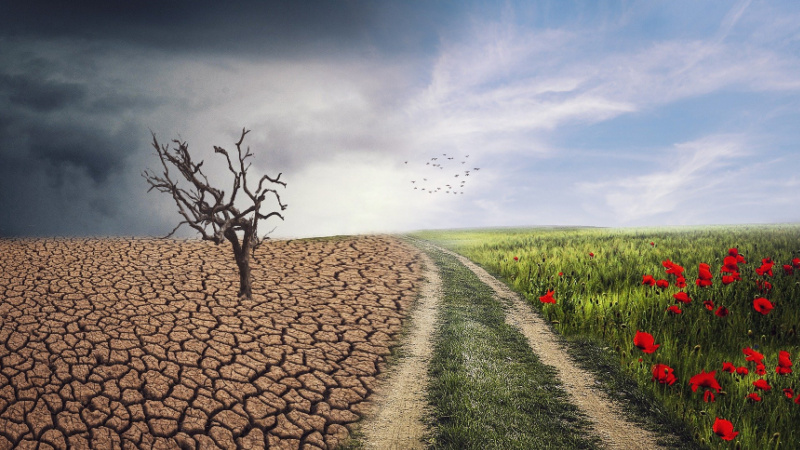 They could sense the way the earth changed even before it blackened and curled, and they stayed clear. Today they flew west along the tracks of the old farm road, then sharply north over the ancient hillfort. Impressive, this sudden change of tack, all those hundreds of starlings swooping and swirling like a single plume of living black smoke.

No mystery what made them change direction. I hadn’t seen the boundary shift with my own eyes, but there was only one reason they’d refuse to keep flying west, and that was the same reason they refused to fly south. I didn’t know what would actually happen to a living creature that flew or walked over the dead earth, but the birds seemed to think it would be nothing good.

I tended to agree.

I let the curtain drop and hobbled back to my chair at the old farmhouse table. Not long ago I could have followed those birds north, up and across the Iron Age terraces that formed a steep rise on the landscape. These days, all that remained of my left kneecap after the buckshot wasn’t enough to haul my bulk over a tree root, much less a manmade cliff engineered to keep people at the bottom of it. So here I sat, praying I’d get the old truck running before the rot jumped the roadbed and trapped me on this miserable acre of Welsh countryside.

I rubbed my face. The scratch of leathered palms on beard stubble echoed in the room, tiny sounds of life amplified in the silence of a dead world. Chemical warfare? Or was something far more evil than any human at work in the environment, something no scientist had ever studied or imagined? Had it tracked me here? Or was it already creeping across the land before I came, unseen over the edge of the horizon? Maybe I’d caused it myself. I had certainly sown a few unfavorable seeds on that plot of ground.

Still, there had to be some rhyme or reason to where the rot encroached. I needed to think.

It seemed to respect the old road, which probably dated back centuries like so many boundaries did in Wales. I relied on memory for that assessment, since all the internet and phone lines and even the electricity had quit about the time the ground under the apple tree died. Rattling around in my memory was something about medieval landmarks and map alignments that may or may not exist in the real world, unprovable and maybe even scoff-worthy until I watched the earth shrivel to bones right in front of me.

The hillfort--any significance to its placement? I pushed up from the chair, using the table to support me until I got my fingers around the broken mop handle I’d appropriated as a cane. Each step was agony but there was no one around to watch me wince. I winced aplenty on my way to the window at the back of the house. Pride be damned. If the bastard had been able to aim, I’d be missing everything from my knee down. Maybe my whole leg, or even my head. Seemed like I owed myself at least a grimace or two for sending his aim to the same place I sent the back of his skull.

I stared out the back window at the northern landscape, an artificial mountain looming over miles of flat farmland. Something about the hillfort niggled at me. Not the structure itself, but where it sat in relation to the house. No, not even that. In relation to the old road, the straight line that separated dead earth from--

Ley lines. That’s what the damn things were called. Ley lines. And if memory served, they crisscrossed the whole of England like plaid.

What if the farm was sitting on a confluence of multiple ley lines, all intersecting on the hillfort, and there really was something to all that hokum about natural points of energy and yada yada? The birds had flown north that morning. Something awful had jumped the road just beyond my line of sight and made the west route impassable. South was an absolute wasteland. I couldn’t climb the terraces with a bum leg, so for me, that left only one way out of this hellhole--east.

But for how long? And did another ley line cross the grid in that direction? I’d better get moving.

I knew a bit about the house and its contents. I knew the old farmer kept canned goods in the underground cellar and a shotgun by his bed. Oh, yes. I definitely knew that. Now.

I also knew I’d been here for five days, ever since I stumbled upon the place by accident and jimmied the lock. Five days was long enough for blood between the floorboards to stink the place up good. For infection to set up in my knee. For something wicked and relentless to start crawling toward me over the ground outside. For the apple tree across the road to drop its leaves and die.

I’d eaten apples off that tree the day I dragged the old bastard far enough from the house to suit me. Blown-out knee bedamned, I’d piled enough dirt on him to make sure foxes wouldn’t scavenge his bones and carry them off for discovery on nearby farms. I thought I’d taken care of everything.

Clearly, I had not.

I packed all the canned goods I could carry into a rucksack I found at the bottom of the old man's closet. Shotgun shells, too. Bottled water from the well. Hell, I hoped it was still safe to drink. The nearest town to the east was a good day’s walk on two legs. It might take ten times that long in my condition.

After a half hour of trying, I’d made it out of the house, down the porch steps, and into the yard. Every time I tried to bear weight on my left leg, something crunched and twisted in the knee joint. Fresh blood oozed through the bandage I’d made for it out of the old farmer’s undershirts. The added pounds of rucksack and shotgun didn’t help. Maybe I should try one more time to get the truck running.

Overhead, a flock of starlings dove low enough that I could hear the air stirred by their wings. I glanced up and watched them, warmth from the setting sun on my back. Somewhere to my right, across the road, the old farmer lay rotting in the ground where I’d buried him. But his decay had spread. He’d tainted the earth with his body’s corruption--but was it his corruption, or mine?

The birds climbed, their pattern tightening until the spot of sky they occupied became nearly black. Then abruptly, as a single organism, they turned left. North, over the old hillfort.

Hackles rose on the back of my neck. Primitive, primal response--instinctive. The truck wouldn’t do me any good now. I couldn’t see beyond the easternmost rise of the land, but I didn’t have to. The birds had told me. They knew. They always knew.

They lofted high on an updraft, gliding along as a dense, dark mass over the terraces that walled me in to my earthen prison. For a moment I heard the old farmer’s laughter in the swish of their wings. But I must have imagined it. The birds dipped once, a final goodbye, and disappeared over the hillfort in silence.

This story was written in response to the Steemhouse Publishing writing prompt 1 posted on January 5, 2020.