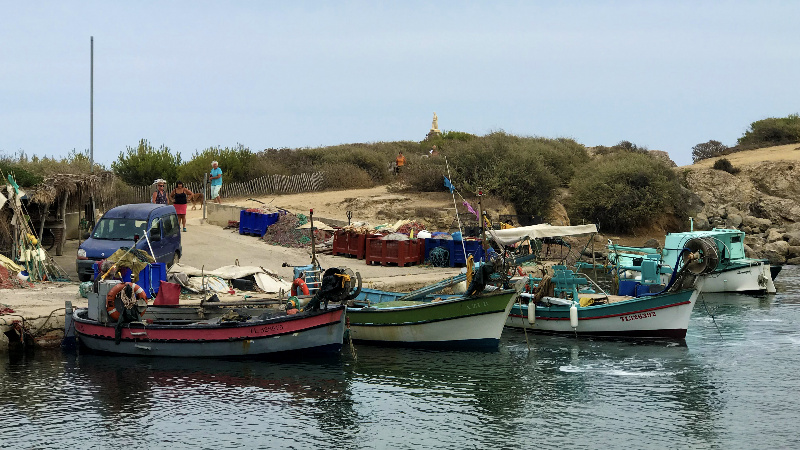 If you had told me a year ago that last week I’d swim in the Mediterranean off the coast of the French Riviera, I’d have given myself an asthma attack laughing.

Yet it happened. Steem hasn’t helped much with my recent endeavors because it is struggling to remain viable in a bear market. However, it can certainly take credit for the new direction my life has taken, since without Steem, I wouldn’t own a publishing company with what hints at being a very successful first book launch, nor would I have met @michelios, who changed my world the instant we met in Krakow at Steemfest 3. He is the best business partner and friend a person could have, and at this point I can’t imagine life without him in it.

Right now I’m in his family’s home in northern France enjoying his lovely mother and fiesty little grandmere. But a few days ago we were playing in the sea with @martiawilson, hiking the trails of Ile du Gaou, Six Fours Les Plages, watching snorklers splash in the shallows and fishermen dock their boats for another warm Mediterranean night. I haven’t smiled and laughed this much in years. For the past decade I’ve battled serious health issues (lupus) and a hostile community that made me question my value as a human being. I’ll write more about these things as time goes by, but for now, I’ll simply share photos of our last days of official break from Steemhouse business before we target the UK in search of a European market.

The water is clear off the Cote d’Azur. Presumably, this is because wave activity is subdued and most of the coastline is rock, not sand to be agitated into a soup. Exact depth at the location the following photo was taken is unknown, but this was a traffic lane for boats to enter the Six Fours Les Plages marina. We stood in this spot and watched fish swim and minnows school for a long while, and it looked like we could just reach in and scoop them out with our hands.

The Venus de Gaou statue by Robert Forrer stands proudly on the grand island, although years of salty ocean spray have eroded its surface to the point it has required some emergency restoration. Forrer designed this statue after the likeness of his daughter Manina, who still lives in Brusc.

The island itself is breathtaking, with sweeping vistas of both land and sea.

Snorkeling and diving are popular pastimes in the Lagoon of Brusc, since the water is clear and marine life so abundant.

Trees on the island are gnarled and twisted from decades of harsh seasonal weather. This looked to us like a fantasy forest from a Disney movie.

At day’s end, the sun sets gently on Ile du Gaou. We were all tired and little sunburned, and as night fell on Six Fours Les Plages, we made our way back to the AirBnb and slept like a trio of exhausted little kids.

Your post was upvoted by @steem-ua, new Steem dApp, using UserAuthority for algorithmic post curation!
Your UA account score is currently 5.335 which ranks you at #753 across all Steem accounts.
Your rank has dropped 6 places in the last three days (old rank 747).

In our last Algorithmic Curation Round, consisting of 147 contributions, your post is ranked at #93.

beautiful shots ... and to think you' re living there eh

I'm following your journey in awe. Such beauty, in humans, dogs, and nature. Really nice work. Thank you for whatever it is you do.

It was a travel that I will remember for a long time, not that it will be the last.