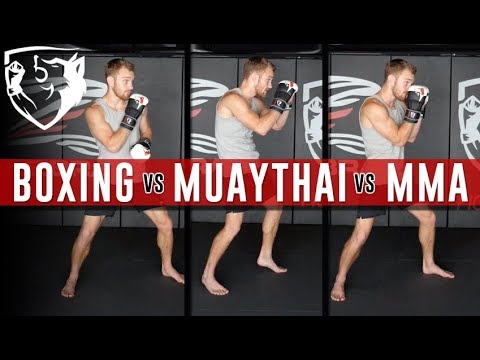 So what is fighting stance?

We can talk about hands position, legs position, body balance on each leg, stepping and so on. It is better to see how it looks. You can watch this video to get an idea of fighting stance in boxing, Muay Thai and Kickboxing.

Now you can see each martial art fighting stance. At the beginning level, students usually train in a wide stance. And later, they use fighting stance and get used to kicking and punching on that stance.

When you are in fighting stance, it guards your body. You protect your head, rips, legs and front part of the body from your opponent. You can easily defend strike and counter-attack. You are in a fighting stance means you are ready to fight.

When you are in a fighting match, you and your opponent stand in a fighting stance. When you hear the word fight or the sound of the bell, you start fighting.

So how about fight in real life?

Real life fight is different. You will not hear the world fight or the sound of the bell. No referee is there, no rules. So when you feel that you might get attacked, you stand in a fighting stance.

No, the moment you stand in a fighting stance, you are giving the signal that you are ready to fight and you want to fight. You do not want to do that. We all always try to avoid the fight. In a fight, there is always someone who gets hurt. If there is no way out of there except fight, you can keep your hands up, not in fist, open palm and you can say, calm down, don't want any trouble.

When your hands are up in front of them, you try to calm down the situation, you are also in a position to defend and strike. So if anything happens, you are ready for it.

Every situation is different. And everyting will not work in every situation. So observe the situation and make your move. Martial art is to stop the violence, not to create more.

Thank you so much for taking the time to read this post. If you like this, please follow me @RezoanulVibes to read more posts in the future. Please feel free to let me know your thoughts in the comments below.

You may also like:
How To Throw A Kick - Muay Thai
Is Boxing Dangerous For Wing Chun?
How Does It Feel When You Find Something New That You Like - Parkour
Self Defense Against Bear Hug