Things could have been different 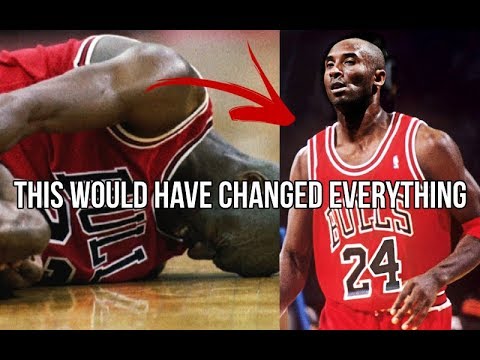 Many times, I tend to wonder how things could have been different in the NBA if small things happened just slightly differently. This video is one great instance of such a scenario.

If Michael Jordan had landed just slightly differently here he definitely would have suffered a devastating career changing injury. Honestly, watching the footage, I'm extremely surprised he didn't. I guess part of it may be because of how amazing an athlete he truly is. Not many of us have the ankle stability to endure such a fall and come away unscathed. Perhaps he had much stronger tendons than the average Joe which, together with his muscular strength, led to him being able to stabilize to some extent even a landing as awkward as the one in the video.

Either way, knowing how different the NBA would have been if he had gotten injured here, I have to say part of me wish I had the chance to witness it. Perhaps in some variation of that alternative timeline, the Utah Jazz could have been the ones to win the NBA championship.

As always, thanks for reading! I hope you have a great day/night. Do let me know what kind of sport/fitness posts you guys enjoy in the comments below. I love almost all sports, though my primary passion is basketball. If you enjoyed this post, leave me an upvote!

Also, if you like gaming or music, I'm working on starting two new accounts: @retropetroleum and @retropetrolmusic :) You can also check me out on twitch.tv/retropetroleum or retropetroleum on Youtube. It's a work in progress so do bear with me. Its really scuffed but soon I'll try to stream every weekend morning 8am-2pm Singapore time (8pm-2am Washington DC)