What STEEM Interface Are You Using ? 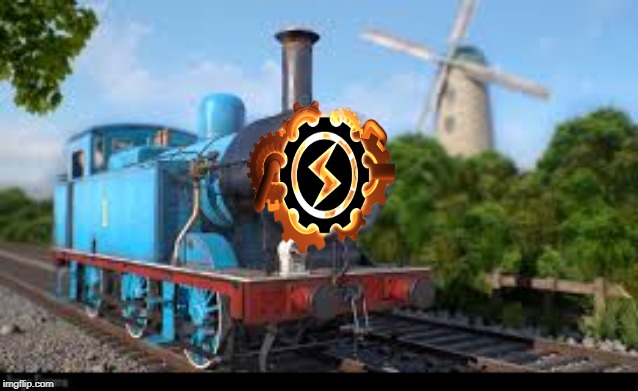 With the addition of STEEM-ENGINE (The Steem Blockchains very own exchange) came the introduction of a very welcomed group of Steemit clone sites (more commonly referred to as TRIBES). These TRIBES award newly created tokens for content creating and curation on their sites which can be sold or traded on the Steem-Engine exchange.

Its next too impossible to keep up with all these new tribes that are popping up but some of these newly created sites have already picked up moderate to massive success and adaption among those of us who already use this blockchain.

Palnet is the first to come to mind and its token (PAL). Its directed at the broader user base of STEEM as you can use it to post about almost anything. It was created and is run by the group Peace, Abundance and Liberty.

Splintertalk is the second "TRIBE" that comes to mind when I think about these clone sites. Its a site used specifically for discussing all things Steem-Monsters / Splinterlands related. Post about anything else on the site or while using its tag and you run the risk of getting flagged.

Battle Games is one of the newest additions but is quickly picking up steem (Pun Intended) and is becoming very popular among those of us on the STEEM blockchain. This is likely because battlegames.io is a place that was created to post about gaming content which is a very hot topic on the blockchain.

BattleGames recently added a video blogging site where users can post up their video gaming content and get rewarded for it. It already has a bunch of curators on the site so chances are if you create some good gaming content while using the BATTLE tag eventually you will find yourself getting an upvote from a BATTLE whale.

There are other tribes such as neoxian.city that award the NEOXAG Token and new ones getting ready to launch such as Intrepreneur.life. Some are niche based such as Intrepreneur which is specifically meant for content discussing entrepreneurship (anything else will likely get flagged).

Of course we also have the original site Steemit and the ones that came after (Steempeak) that many still use. So with all these options I pose the question .........

What Steem Interface Are You Using ?

I use palnet and dtube, soon i'll try ntopaz.

It's an awesome interface, followed by @partiko

Steempeak is certainly one of the best to choose from.

Steemit.com (don't hate) to write posts on this account and @steemcommunity, then I'll move those over to busy.org to submit to chain (with cheeky busy.pay vote).

palnet.io and steemleo.com I am finding myself on more to manually curate with a couple of alts with the relevant token powered up.

Am I sleeping like shit and going slightly insane, you bet!

Personally I been using SPT/BATTLE/PAL but I still mainly post from Steemit while using the TRIBE tags. I mostly have all my stake on this one account but I will likely at some point run an alt account.

Mark my name down on the slightly insane / lack of sleep list :)

Pretty hectic, and no way I could manage it all if I was working. Would probably need to automate a lot more and I'm actually enjoying the manual curation side more at present.

busy throws you a vote if you use their front-end and tag busy - it could be the case though that it's better value for you with other tags - nice! :)

I always try to do manual curation but lately I been thinking on automating some. My first alt will likely be for doing just that. I will have to give Busy a try one of these days.

These are mine for my three blogs, in order of usage level. I use share2steem and esteem most days on all 3.

share2 steem is for promoting other steemer posts on twitter. So I am on the lookout for posts to promote all day. If I have them, those posts take less them 5 minutes and do well for me in interaction. dpolls are also quick. The rest take longer.

I'm going for 2-4 posts a day on each blog. All of these dApps pay in upvotes and/prizes. This is a requirement for me to use them. I stopped posting for free on steemit last year when these paying dApps started coming out.

That's a nice list of interfaces to be posting from. I use Dpoll from time to time as well (mainly participating in other content creators polls).

Why are you tagging comments, @rentmoney? You are not the first person to start doing this lately.Posted with

When posting from interface A sometimes the comment won't show on interface B (Tribe Sites). Tagging the comment will allow it to be shown on all interfaces that have been tagged. It also allows the comment to earn the tagged tokens if one was to get an upvote from someone that had said token staked.

Partiko at mobile. Busy at computrr

Partiko seems to be a popular one.

Dont you blog from mobile? I Think Partiko is the Most mobilfriendly interface

No, I rarely use mobile for anything.

Steemit.com for general use and splintertalk/palnet for curating. Battlegames to find gaming content.

Nice, that's about the same as myself.

I am using steemit.com normally for publish text, but, i use some tribes tags. For upload a video, i am using battletube for game videos and paltube for another videos

thak you and have a nice day!!!

Excellent way of doing thins @julisavio. I mainly post from Steemit as well but I do post directly from Battlegames / Splintertalk / Palnet from time to time.

what is entrepreneur and neoxian?

Entrepreneur hasn't fully launched yet and I only just found out about neoxian so I'm not 100% of the posting guidelines for its tribe site.

Nice choice, I see that lots like to use that interface.

Yep it is a really nice interface.

Nice, all good choices to post and curate from.

I used partiko most.

That does seem to be a popular one.

I use Steem Peak for the most part. I love it because I can schedule articles and such, create drafts and so on.

Good question! Lots of choice, which I think is a good thing!

Nice, one can't go wrong with posting from your favorite interface and using the Tribe tags.

As I'm currently suffering from an interface/community OD (see my most recent posts), I currently stick to my normal behavior: writing and styling my posts in Steempeak, then copying to Busy to publish. I use good old SteemIt to curate, hoping Asher's trick will do the job.

There are certainly allot of interfaces but I view it as a positive. I have seen a few using the same trick Asher is using and I think its a great idea but it might become a pain managing so many accounts. I do plan on creating an automatic curating alt account. I just need to find the best way to create a new Steem account before doing so. I think token creation requires about 3000 STEEM worth of RC so I'm a bit away from that yet.

i use Steampeak, becuase it has the best Interface and it is always working and developping. I love @steempeak!

Steempeak is a great choice.

My two primary interfaces are Steempeak and Partiko.

Only time I ever use Steemit is when I need a key or something.

Nice choices, I still mainly use Steemit but the tribe sites of the battle token / SPT token and some others have been peaking my interest as well.

I haven't got around to checking any of em'out yet.

Just like abh, I'm equally using a long list of interfaces but only posting through busy.org, esteemapp, partiko, dPoll and Actifit.

Steempeak is my favourite but only for writing my posts and checking out my account, especially the wallet section where it shows all steem-engine tokens :)

I use Partiko for commenting and keeping up with notifications. I also schedule time to check out your post through splintertalk.

Moreover, I recently started creating alts for tribe curations. I have an account curating posts with #neoxian with 7,750 stake. I'm currently unstaking my spt and battle tokens to stake on an alt. Good thing I haven't staked any of my sports tokens yet, I'll prepare an account tomorrow 😂

Very true its allot of work ..... I may go with one alt account and then just have most my stake on this (@rentmoney) account and adjust my vote accordingly.

Well, it's hard to manage VP while participating in these tribes with one account. Moreover, a lot of the voting go to waste e.g You have a sweet spt stake and it's a waste voting on contents that don't have #spt

SPT VP isn't the same as STEEM VP. So upvoting a topic that doesn't have an SPT tag doesn't affect my SPT Voting Power.

Yeah, I know but it may get to stay at 100% while steem vp is being used. If it's a good feeling giving and receiving many in one vote :)

I don't have any #neoxag yet so I look forward to post payout.

other
SteemLeo / token - LEO / tag - steemleo
For all of the passionate investors across the globe who want to talk about all things investing.

Nice choice .... I haven't checked out Steemleo yet but I will eventually.

Partiko when I'm on the go and for writing photo heavy posts. Steemit.com and Steemd.com for other uses.

Partiko seems to be a popular choice.

I read and curate on several sites but mostly post on steemit or steempeak. Find your niche. I use steempeak because of the way it handles photos when I am doing serious photo posts.

Nice, I do most my posting from Steemit as to make sure I see every comment that is on my article.

Steemit to browse as I can see all replies to posts and comments on it, even if I posted on battlegames I use steemit for this, steempeak sometimes, and battlegames to curate and post

I do the same with using Steemit. Sometimes we can't see all the replies from the other sites.

Nice choice, allot seem to be using it.

Awesome, its always great making it on the hit parade list.

and I don't really use other interfaces.

I can't decide! I jump on a bunch of different sites to curate different subjects. Right now, I've viewing this on battlegames.io, curating gaming.

battlegames.io is one of the interfaces I use as well.

Nice article, I appreciate the tips.
I am posting investing articles on Steemleo
I am posting pictures from Partiko or APPICS
I still post general commentary using Steemify
I try to use the appropriate tag #palnet and #zzan on everything

I am still trying to figure out the palnet drain on my Steemit voting power, so I may open an alternate account to upvote all the tribe tokens and just upvote steem stuff on Partiko, where I get points for upvotes, comments and posting.
It’s pretty complicated.

From my understanding Tribe VP and STEEM VP are different but since every action you take on a Tribe site duplicates on Steemit, your Steem VP also gets used.

Myself I'm using steemit.com but I'm trying to convince myself to use steempeak.com (apparently they added some interesting tools)

Upvote on the way :)

I mainly use Steemit as well but I do use battlegames.io and splintertalk.io as I'm bullish on both tokens each platform rewards its users. Palnet is another and is popular among those who post from "tribe" (Steemit Clone) sites.