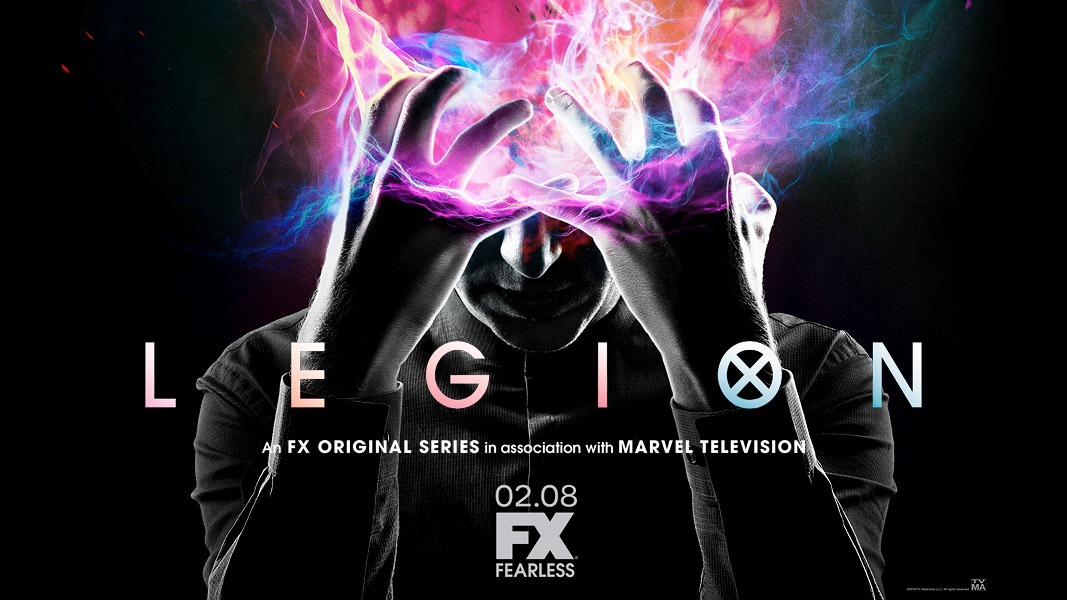 I just watched Season 1 of Legion and it was very surprising in many ways.

The usage of music in Legion is pretty peculiar. In dramatic sessions and many scenes, they use soft typical violins. However, they make a lot of brave choices by picking crazy music for some scenes. Lots of magic and powers-related activities occur in flashes with trumpets and silences. The staccato, joined by marvelous choices in retro or electronic music makes for a very colorful experience regarding sound.

The colors are not flashy. However, there is a lot of excellent design in them, and the color choices often lead to very intense scenes. I for one am a color lover, and I couldn't be happier about a little abuse of it. They don't abuse them, but they do use them to their greatest potential.

All major characters are very well developed. You can feel their different personalities. It's not like a movie about the Middle Ages where everyone has the same expectations about the world. In this modernesque production, everyone is unique and very special in their own way. I was allowed to love many characters here, and I don't think I disliked anyone, which is often the case in many TV series that I stop watching due to my annoyance with the characters and their behavior.

The main plot is also very full and suspenseful. There are many subplots, all great quality. Even if you know the story, this is one of the few series that I don't mind re-watching, because there's always something more. It's like excellent classical music: you can appreciate it even better when knowing each note, and you can explore many paths of perception.

I love the retro style. It's like a mixture of eras. Stuff mostly looks like the 50s and 60s. Massively potent computers use typewriters, etc., this is a high-budget 2017 Steampunk and I love the fact that this underdeveloped genre has got its own TV series with everything in it.

Some things look like props, and it's kind of intentionally irritating. The director must be a little bit of a troll, I guess. There are so many excellently designed things that these funny bits are great comedy when they stand in comparison.

Legion has one of my favorite villains in all TV series. It's not a basic "haha i will rule the world" kind of villain, but a truly despicable and truly disgusting piece of shit that is very lovable at times (gotta praise Aubrey Plaza for a great depiction) and is definitely a good opponent for our hero. All the music/color mixes and great aesthetics of this TV series also do a very good favor to this simple character.

All in all, this is one of the few series that gets 10 out of 10 from me. The only slightly negativish remark I can make is that it's a bit simplist at times, but as that's part of the direction and what makes other things so lovely, I can't take away any points due to that. It's also a season I've watched more than once, and binged it the two times, so that being rarer still, it gets many points from me.