This rabbit's been eating a bit too well lol 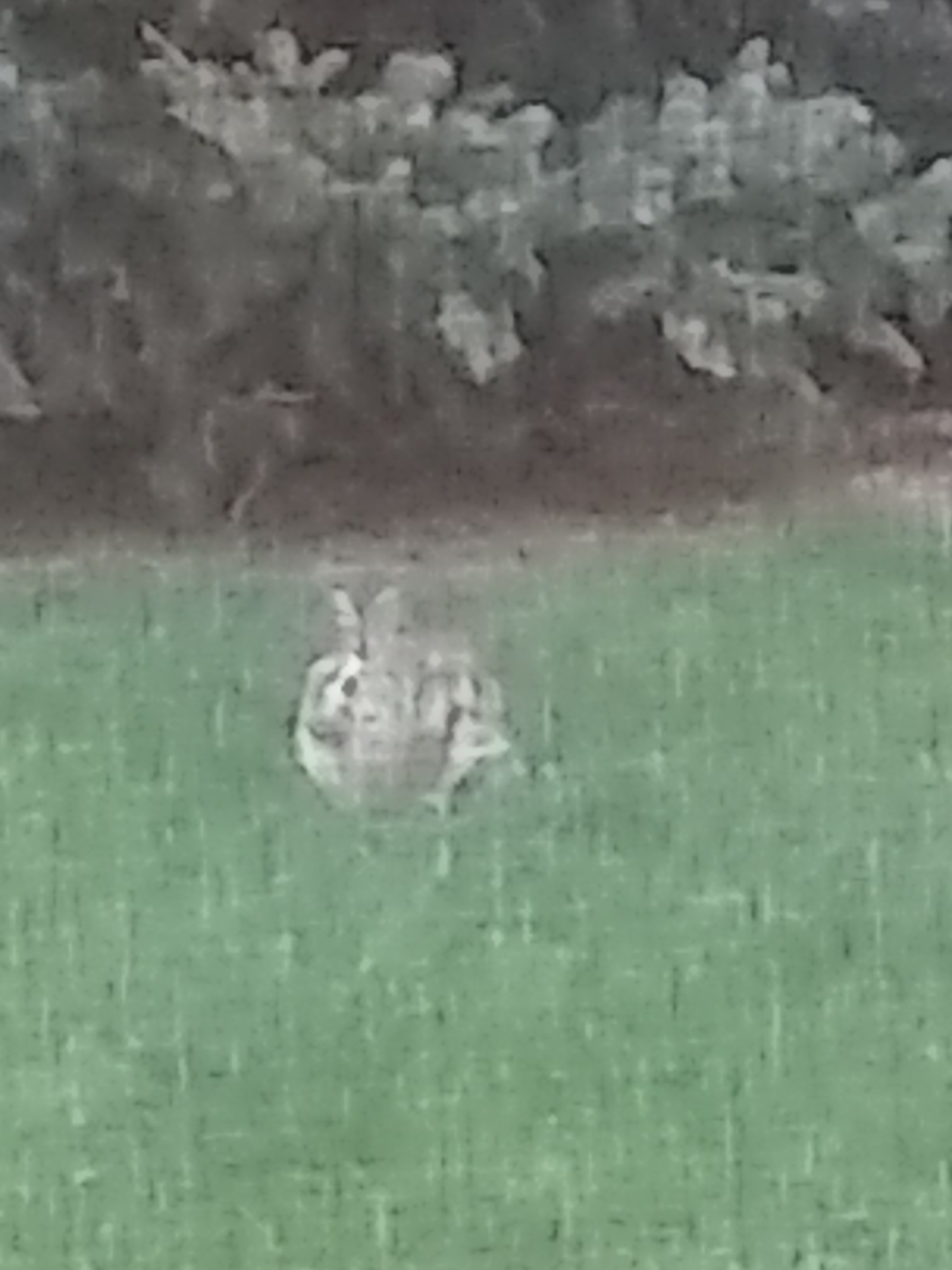 How did he get this fat? There's lots of corn grown around here. It's probably GMO so that might have something to do with it. Can a rabbit get this fat off normal corn while still having to hop around enough to find it and to escape predators?

It would probably take a golden eagle to carry him off, so that might help lol

Seriously his neck is nonexistent, his head just sort of wades on top of his round little body.

He's like the rabbit equivalent of those Walmart power scooter people.