See What I See: Reconnecting Consciously With The Universe 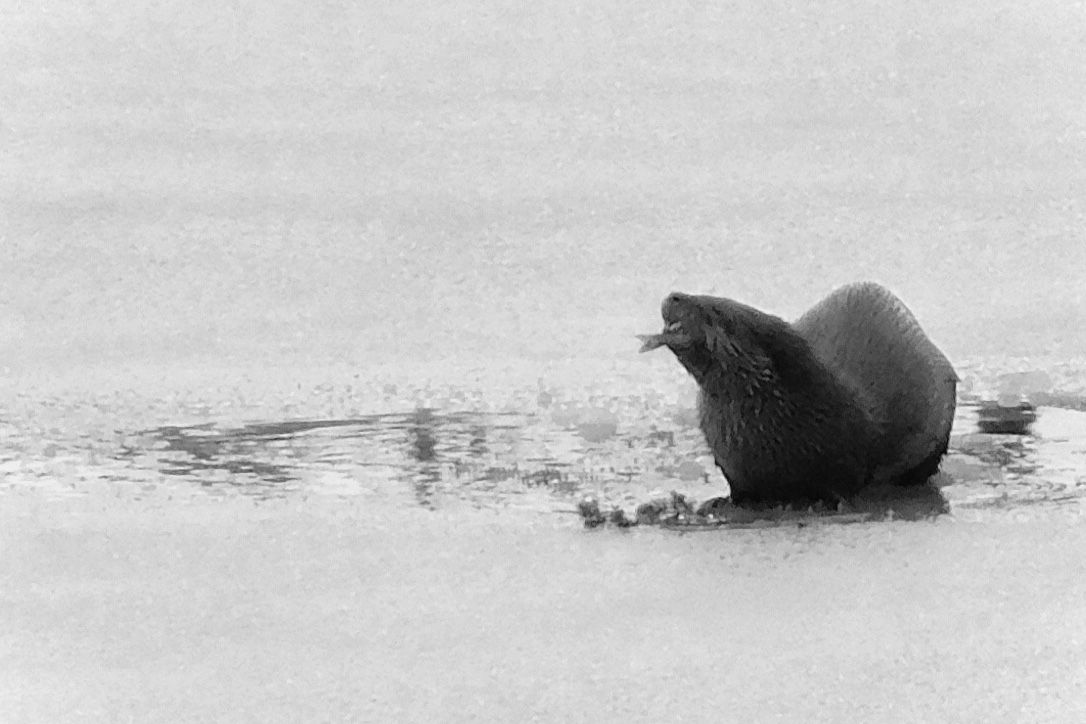 I am making the time to re-establish my relationship with the Universe through nature.
That was my original intent a few months back.

Somewhere ? along the line, I put living with ease and simplicity on a tall shelf and decided that I ought to suffer with everyone else.

Yeah. Good and hard, like I really meant it.

“Are you making light of hardships?”

If I’m honest, I originally learned (when I was about 4 years old) that life was supposed to be hard; bad things happen (even when you’re good); there is more lack than abundance and that you need to be fearful (of just about everything) if you want to survive.

After all, isn’t it through suffering that you’re supposed to prove your worthiness and demonstrate your ability to be a good (insert title here) for whatever version of your script, you’re currently trying to convince yourself of?

The purpose for all this suffering, as far as I can tell, is to prove to someone else or something else that you have value...

I hadn’t examined that particular perception for about 44 years.

What if there’s another way and it’s simple? As simple as choosing a single thought? A different type of thought than you normally would ever allow yourself to think.

(That’s the question that originally triggered my thoughts on this topic.)

Is it possible to influence reality with thought?

I started with nature (as my first known co-operative) because it seemed less complicated and more forgiving if I went off the rails.

More tolerant (somehow) like learning to ride a bicycle, starting with the stability of a tricycle.
(I felt like I needed an extra wheel in case I crashed, so I started small. At least, I thought I did.)

It was and is a conscious choice on my part...to request to see the different creatures and elements that I’m sharing my bandwidth, with.

My original experiment quickly evolved into a personal challenge, once I could “see” some of the early results.

These results materialized in fairly rapid succession (less than 12 hours apart) in most of the cases.

The goal was to see how many creatures or different energy signatures, I could bring into my reality stream and co-create with (in my geographically area) within a set timeframe.

I gave myself, my neighbourhood and the Universe, 5 days.

The otter broke through, first.

(Is it game over for the fish, OR is this another birthing opportunity (for the fish) as an entirely new player in the game (of life) that we’ve all just witnessed?)

Just who should we be happy for? The otter, the fish, or me?

(Practice not forming an opinion and don’t choose an emotion about any of us. Remain neutral because that’s not our story and none of our business. Those particulars are between the Universe and the fish.)

Then an eagle, who’s rapid wing flapping, gave me the urge to change the direction of my gaze and that’s when the deer showed up.

That deer stayed on a tiny island (that I could see in full technicolor) for 4 days...that was freaky and really exceeded my expectations, I must admit.

I am thankful. It was a beautiful gift to get to spend that much time in the deer’s presence.

(Read: I did scare myself a little and learned to use positive qualifiers after that...like ”peacefully” as opposed to choosing “harmlessly”.)

Can you feel the energy shift slightly?
Peace brings peace.
Harm brings harm.
(I’m riding a tricycle here and I am learning to really care about the quality of all the words and thoughts that I choose.)

Then, 5 swans and a red fox showed up to the party.

Two different species. Again, this demonstrates a lesson in perspective but, it also demonstrates the binary code that our reality is built from.

Black or White.
On or Off.
Female or Male.
Positive or negative.

Might I suggest, that our Universe is fabricated with binary code, which is based on sacred geometry and loosely held together with magnetism.

It’s winter and I have never seen a rainbow and snow together.

Orange also just happens to be my favourite colour.

It appears as though I have been singing “that song” (about my favourite colour) habitually, because just like A/I, the Universe eventually customizes to match to the charge of the thoughts you think the most about.

I think about orange more than any other colour.

If you constantly think that only bad things happen and there’s not enough resources to go around for everyone to be satisfied (because you’ve never seen it) change how and what you think about to a slightly better feeling thought.

Then, physically turn your head (if you feel you need to) and look in the opposite direction while you pile one slightly better feeling thought on top of your last one.

Do that until you can switch the charge of your predominant thought patterns to reach the neutral zone or are slightly positive with your thinking.

We’re getting ready to receive fortunes.

Open your bandwidth into the positive as wide as you can and receive what is rightfully yours.

This is your power. You Are Worthy And The Universe Has Your Back In The Direction You Prime Its Activation.

Getting ready to be super ready to receive as January 12, 2020 approaches.

Smh --- such a wonderFULL soul filling piece. Life is incredibly amazing. And, you spell it out so beautifully.

What an experience!
There's so much here to reflect on. And, it is connecting me to the fact that i need to complete my south homework in Medicine Wheel studies. So steep! ❤❄☃️🎄🔥

So much gratitude for YOU beautyFULL sister ...big breath & delightful sigh! 🤗

Hi @yogajill!
As much as forced amnesia sucks, the awakening process has been exciting...like finding buried treasure.
I knew about manifesting but like most, made an effort to be positive but didn’t direct it. Now, I’ve accepted who and what I am.
I’m driving and directing the entire orchestra...multitasking, slightly +.
Lmao!
Lots are waking and consciousness is expanding. Yay!!!
Happy to be here, shoulder to shoulder with you, as it happens on mass.

You get stuck, you think of the miracle that a rainbow, is.
Impossible to be - in rainbow territory. ;)

If it gets rough (where you are living),...right back to a rainbow day (you go) in your mind.

If you’re given choice between staying or going, trust your higher-self, your gut and your heart to make that split decision, perfectly. ;)

Lots of love to you and yours. Hugs.