Minelab: The Launch Of The Vanquish 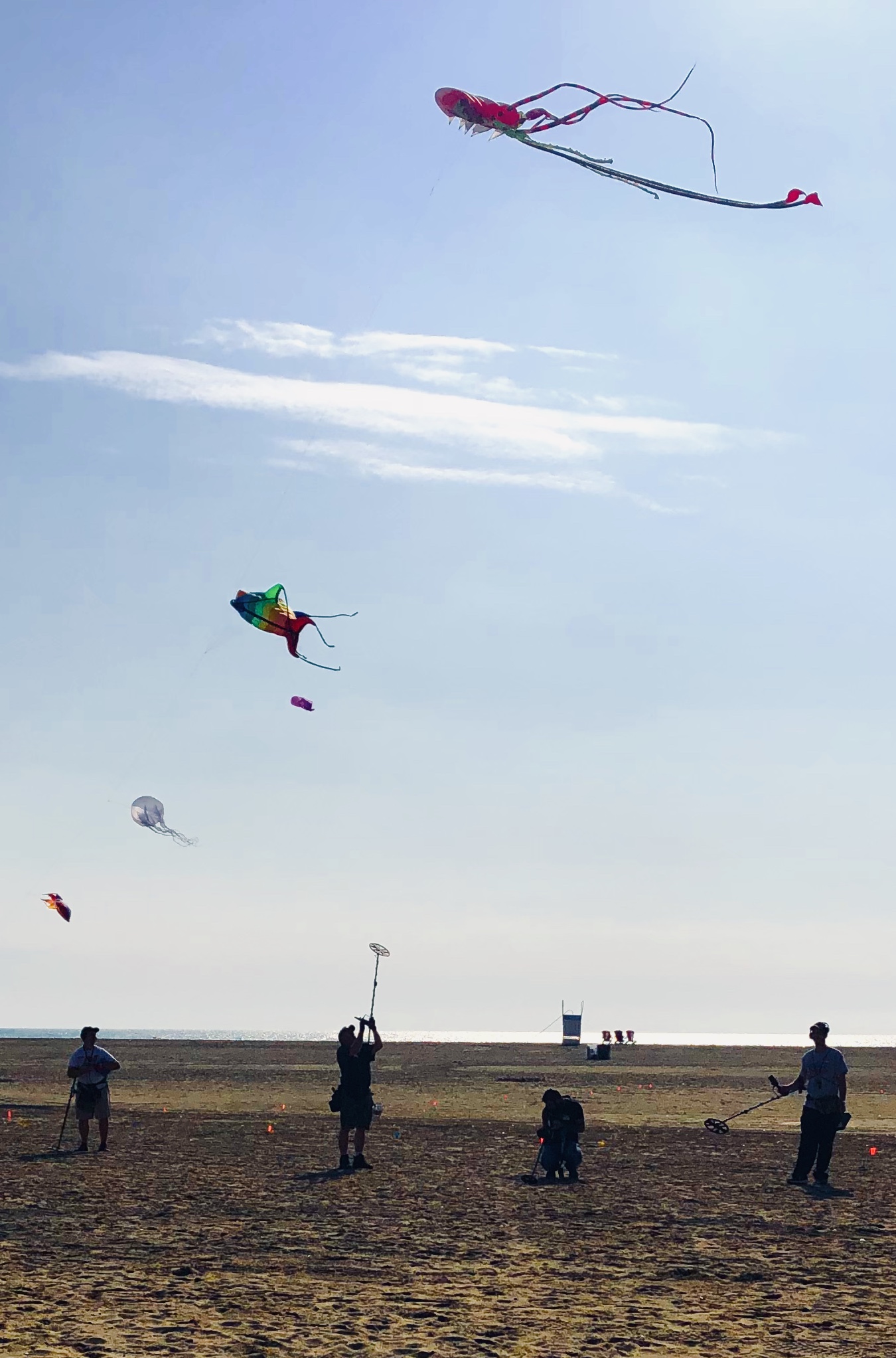 Off to a launch party (for a full day) we are.

Lifted with a strong Sativa because that’s the only good way to survive the Big Smoke.

Join me in the city of Toronto (in Ontario, Canada) outside and on the beach.

Yeah, Toronto has a trendy area, called the Beaches.
and I’m on location at Woodbine.

Their new line (consisting of 3 models ) is slated for release and sale worldwide in January 2020.

Pete Anderson from Anderson Detector Shafts and The Ring Finder, Steve Zazulyk, were both on-site to lend a hand as Ambassadors for Minelab.

That pile of precious metal (many, encrusted with gem stones) is valued at almost 1/2 a million dollars.

(It’s crazy when you think about just how much stuff we lose. Steve’s running total is just from the rings he has found. Nothing else!)

This event was a sneak peek.

A chance for Minelab’s hardcore fans to test the new units before the beach is frozen into an unforgiving tundra-like terrain.

That, and to calibrate the synchronizing of the timing of the release in North America to correspond with the start of summer, in Australia.

Our seasons run opposite.

It’s way easier to detect in the summer.

Digging isn’t too labour-intensive when snow, ice and arctic cold aren’t part of the equation.

I was happy it was September and still warm and sunny.

This was the first time, I have ever attended a major organized metal detecting event.

There were approximately 100 people in attendance.

All guests were invited to participate in 3 seeded and timed hunts.

All the hunt fields were set up in advance. Each hunt was a little more challenging as the day progressed and each one contained more valuable coins in progression.

Including gold and silver coin.

(@knarly327 is a seasoned detectorists. I’m a novice.)

I will leave it to you, to imagine the number of questions I asked...of many of the volunteers. Lol!

I had a good time, met some interesting people and found some cool coins, too.

Not too shabby for someone who really is just becoming immersed in the culture.

The two coins that I found that were the most interesting and oldest:

This is the biggest joke ever...of all the coins to find, the cannabis coach extracts the coins from the Netherlands.

(It wasn’t lost on me, Universe, I saw the synchronicity in action. I get how frequencies and the law of attraction work.)

The best that @knarly327 found:

In the photo (below) you can See What I See under 60 times magnification.

A Roman, hammered coin.
The year is marked with a letter that resembles a P and a symbol that looks like a star.
Still trying to authenticate but it’s fair to say that this coin has got some serious age to it!

Great day, good conversation and a big thank you to Minelab, RadioWorld and everyone who contributed to make it that way.

I would have so much fun with a metal detector. Maybe if steem goes up to 50 cents i can get one lol. I will not hold my breath.

It will. I’ve seen it at $10. It’ll go again. The institutional money has been quietly buying their positions. We’re sitting on a powder keg that’s ready to blow.

I bought a White's Treasure master detector a couple of months ago. So far, I've just been playing with it in my yard. This is an old house, built about 1902 or so, and there's a lot of junk in the yard. Mostly iron bits, but I have found an old pocket watch case from the late 1800s. The mechanism was missing, it's just the case, but that's still pretty cool.

So cool @canna-amber! Just think about the last time that case was touched by another human. Incredible.
Have you located the old privy to the house yet?