What Would You Change? 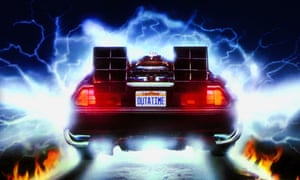 You Only Get One Change!

What would it be?

Now given the fact that you had a flux capacitor and it was functional and you could figure out how "Doc" was able to make it work, what would you change?

Now I am sure that a lot of folks would dial up 2009 and take advantage of the all time low of bitcoin. Other than making you rich what would it accomplish? Think deeper on your one change!

Some of you may dail up September 10th 20001, with the hopes of stopping the worst day in US history from happening. This would be very heroic but I am afraid that it would have only postponed the gruesome Attack.

Some my dail up November 22nd 1963, Wow! Think about what the world might be like if JFK had not been assassinated on November 23rd, 1963.

Someone out there would probably pick any day or month in 1964, think about being able to go to the bank, buy a box of 90% quarter for $500. This again would only add a financial gain to you.

As I write this post my pick has changed, it has also caused me to think about things and come to the conclusion of what My Pick would be. Now I am not going to share it right now.

I Want To Hear Your Change

Now what I am going to do Is wait to tell you mine untill I hear yours and maybe just maybe I will give away a little something to the best response.

Would it be for your benifit?

I would hope not!

Would You do Something Heroic?

Could change the world forever!

What ever it is I want to hear it!

Dont pick one of the 4 listed!

So Jump in, Dail up your Date and Let us know what you would change!

Thanks for stopping by and good luck one response will win a Steem Silver Round, so think about it.

I would go back to 1988 and chose to take the baseball scholorship to Arizona State instead of the football scholorship to Colorado University. I wouldnt be missing 60% of the cartilidge in my knee, wouldnt have a double broken collar bone and wouldnt have lost my scholorship to injury.
I was a better baseball player but wanted to play football. Bad decision, wish i had a muligan.
Who knows if i made the right choice I might have been in the major leagues for baseball.
But we will never find that out.
Very good post Ray, there are several things id like to change but this has to be number one for me.

Where would we be if everyone was granted one redo. Good response d510. Thanks

I'd go back to 0 AD.. not to change anything.. just to see if that whole crucifixion story is just a hoax

🙄 you get one change and you want to verify the crucifixion? Then what? So I thought maybe you would go back to 0 AD and share a smoke!

This is a great answer. I don't want to change anything either, but meeting Jesus would be pretty cool.

I'd go back to 212 BC and smuggle Archimedes out of Syracuse.

Classic. The butterfly effect on this one would be enormous.

That would be a kick ass friend to have. MATH CLASS? no problem. Thanks Matt

I would change human nature. The greed that permeates almost all cultures and societies and is only enhanced and exacerbated by a capitalistic world. Like the chicken and egg what came first, capitalism or greed?

I would have to say greed was first, then it turned into capitalism. Great change!

Ooh that's a dark cynical interpretation. Greedy? Sure. But I'd call it "self-interest" and without it I'm not sure we'd have computers, internet, or cures to polio, etc.

I think about this often, and I usually resolve myself to inaction, cause who knows what my changes might bring... Might be worse.

Maybe, if I had to, I'd probably go back and talk to my dad. Maybe bring the kids and introduce them to grandpa. Selfish but lovely.

Not really selfish, he would have a impact on the kid's life, which would diffently be a change for the good. Thanks.

Do you have a discord by any chance

I'd love to go back to the early 1900s and stop the Federal Reserve from being created. From what I've heard it was a tenuous idea and if people had really known what was going on that it could have all fallen apart. I think that would do more to elevate our present state of life than many things. Without the Fed, the US war machine wouldn't be able to wage war and push our version of crony capitalism all over the world. Stopping the creation of the Fed would mean that many other countries wouldn't have been ravaged by needless wars that the US military industrial complex started, and the citizens of the US would still have the purchasing power of their money.