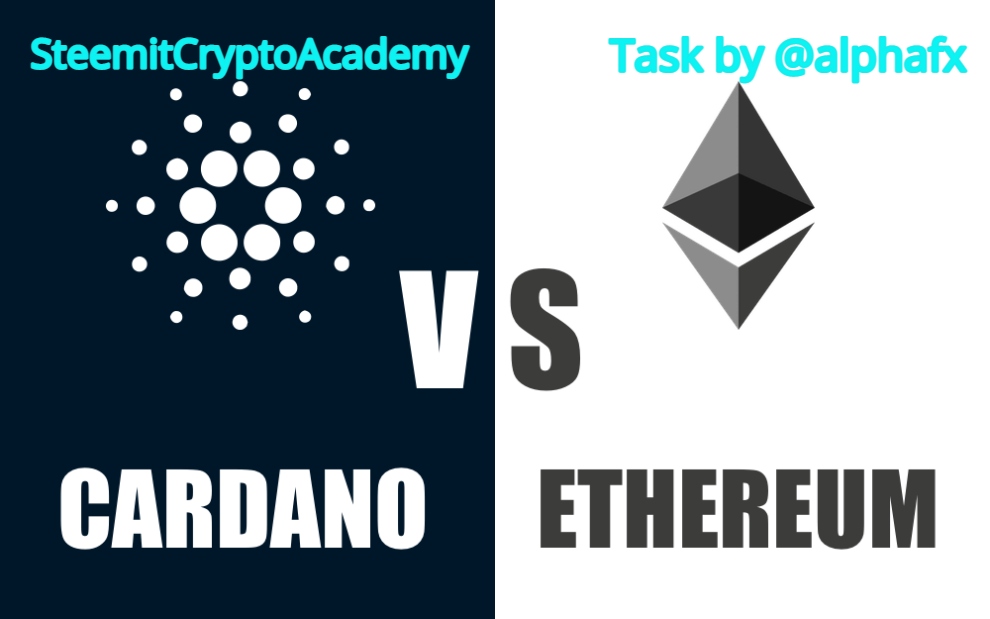 Ethereum and cardano are both blockchain technology, both have the same intention, both seek to provide a decentralized platform for developers to create decentralized applications (Dapps). Seen from this point, both networks are direct competition so we are talking about a classic case of Mc Donald's vs Burger King.

They have different protocols for mining in the case of Ethereum, it uses the proof of work that is based on technological power and consists of mining and helping the network through technology, which consumes a lot of energy. Cardano uses the proof of stake that is based on the monetary capacity to validate the network, which avoids high electricity consumption since you must do staking to be able to mine cardano, which makes it less expensive both in terms of energy and in terms of hardware. The fact that Ethereum is trying to migrate to the proof of stake validates that the proof of stake is better so in the future both networks will operate the same but for that it will take a while.

To raise funds in Ethereum an ICO must be carried out or that is the normal way to do it, instead in cardano a treasury method is used where there is a savings account and this fund serves to support developers. So Ethereum is faster in the development of its projects since with the ICO funds can be generated quickly.

Although cardano sounds very good and many see it as the future as blockchain 3.0, the reality is that cardano is in the middle of its development, because its treasury project sounds very good because it intends to raise funds to support developers but they have not started it To develop on the other hand, half of the 100 most important currencies in the world are ERC-20 tokens of the Ethereum network and today Ethereum has a market capitalization of 256 billion dollars compared to 39 billion cardano.

This difference is due to the fact that the Ethereum network is at its best, with many dapps and many DeFi that are running, it has games and it has everything while cardano is only a promise, I guess the time for cardano will come but it is still missing For that, while real things happen on Ethereum, people use it on a daily basis.