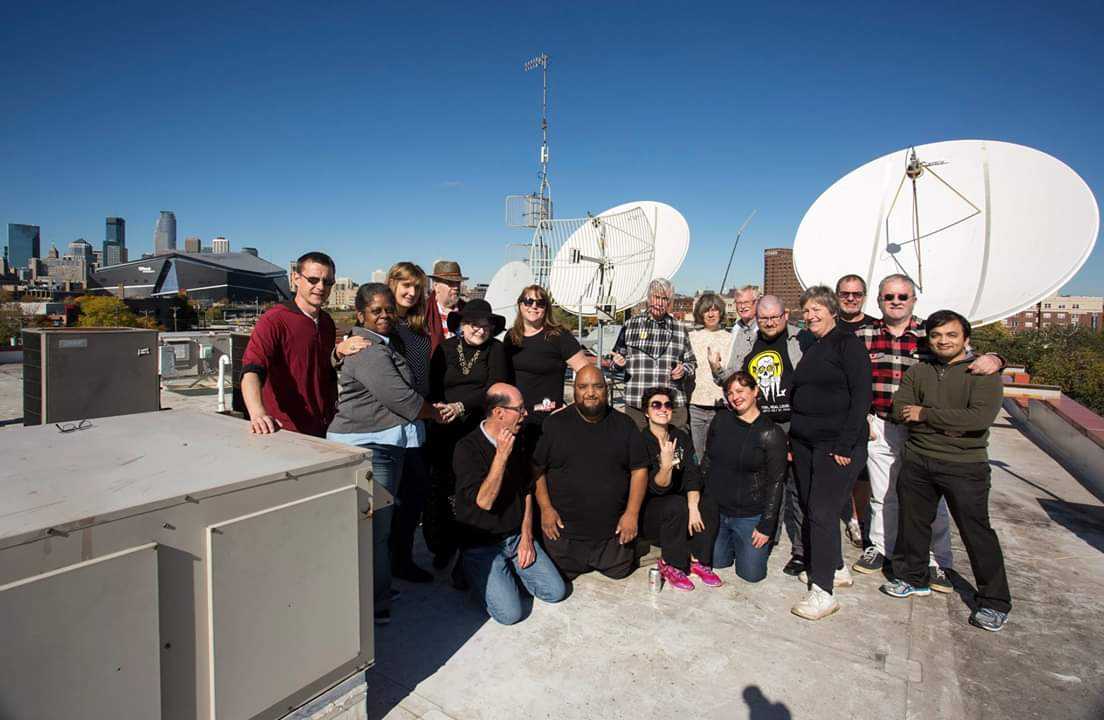 This is the 43rd instance of reporting daily activities consisting of walking around the office/ home, and various places in daily errands. Total steps were 22,389.

I am sharing a photo story as usual to pass along with the report. This photo was taken at a volunteer run community based independent radio station in Minnesota called KFAI. I have served them on and off as time permits since 2006. If I ever felt I was too consumed with work or family, KFAI was the place to try creative ideas without constraints. The GM had a lot of great ideas. She came up with the idea to take this snap on the rooftop. Prior to taking the shot, I scoped out the area. There were few spots made me dizzy. We chose to take the shots near the large dishes and avoid edges.

You have accordingly been rewarded 51.875 AFIT tokens for your effort in reaching 22404 activity, as well as your user rank and report quality!
You also received an 0.90% upvote via @actifit account.
Actifit rewards and upvotes are based on your: