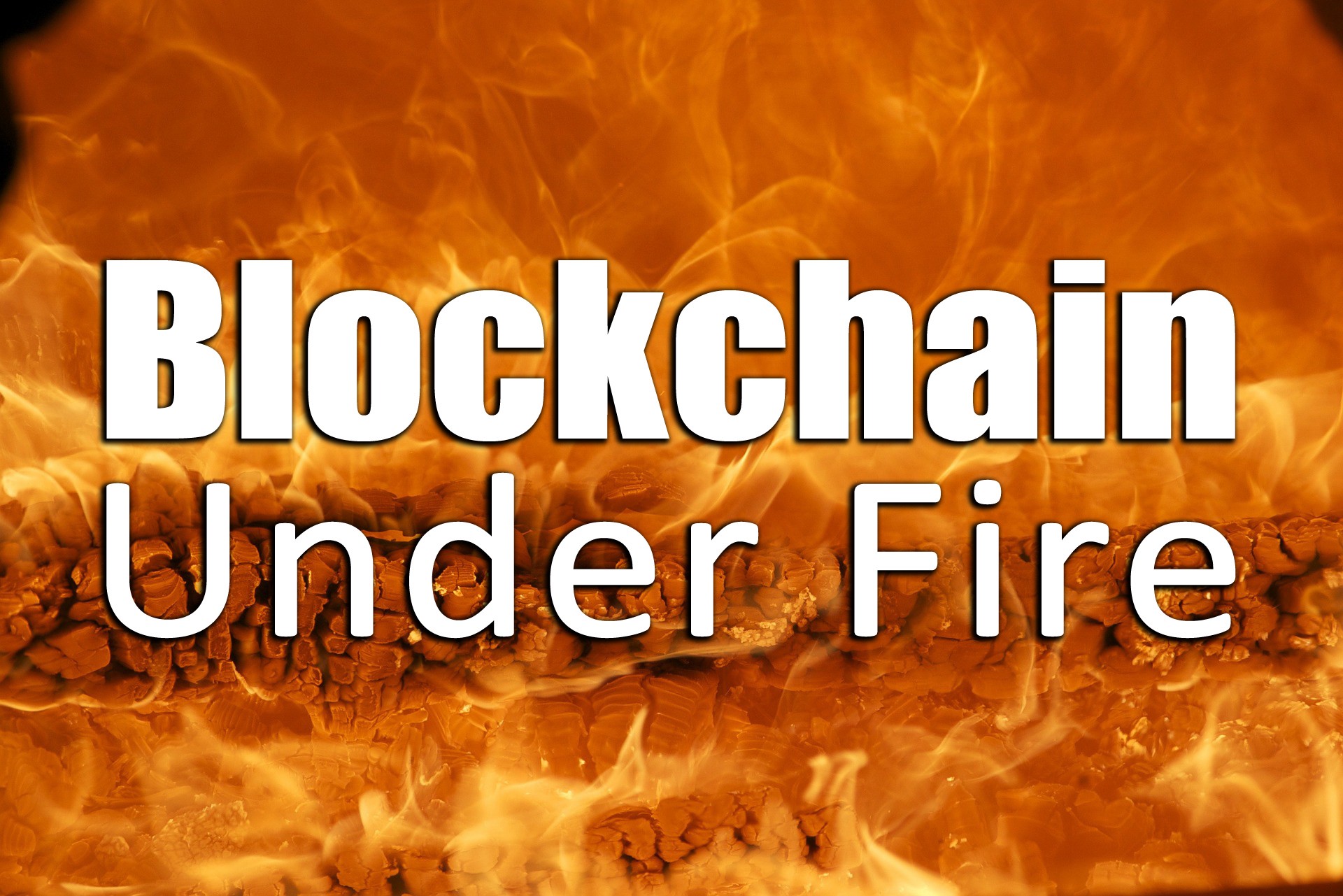 Since the ICO tsunami in 2017, blockchain has been a buzzword. Recently it has increasingly been a subject of intense criticism, much of which is legitimate. But a reality check reveals an interesting perspective that has been universally ignored.

On GitHub there are more than 6,500 active blockchain projects. In March, 2019, a study put the number of blockchain consortia currently in existence at 61, more than doubling the 28 consortia that were around in the previous year. During the decade that blockchain has existed we have seen 375 new tech unicorns being born, but not a single built on blockchain tech despite so much hype and billions pumped in. Yet, the hype continues….

Yeah, everybody is indeed talking about it. But, will it really change everything? And, are the potential applications really endless?

In the face of the big blockchain hype, its criticism is gaining momentum and critics are calling it not only a crappy technology but a bad vision for the future. Recent articles critical of blockchain by Jimmy Song and Kai Stinchcombe went viral on Medium. Bruce Schneier, a renowned cryptographer and a public-interest technologist, whose Wired opinion received industry-wide attention, asks a question & answers it:

Do you need a public blockchain? The answer is almost certainly no.

The outspoken economist, Nouriel Roubini (A.K.A. “Dr. Doom” for predicting the last recession), calls blockchain a “big lie”, and;

the most overhyped — and least useful — technology in human history. 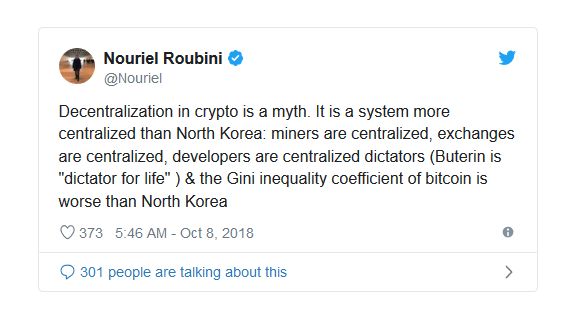 Although there is no dearth of growing blockchain critics, those are the strongest words we could find against the blockchain technology. To get a reality check we picked two most recent industry-wide surveys by some very credible agencies on the status of some of the widely publicised blockchain projects. The first is a pro-blockchain report by Arup Group and the second is a neutral report jointly from NERL and USAID. Let’s look at them. 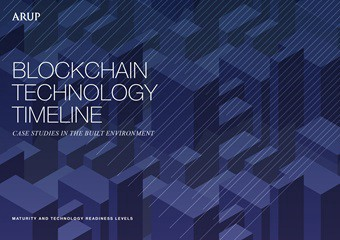 ARUP, a multinational engineering, design and consulting firm recently published “Blockchain Technology Timeline” based on 25 case studies. The timeline was developed through comprehensive research and interviews with experts across the industry. The maturity level of the case studies was based on the Technology Readiness Level (TRL) framework. Each case study estimates the year the specific blockchain project is expected to transition through the product development cycle: from idea, concept, demonstration, commercialization and into early adoption. Based on the interviews, a set of data points were collected with the average early adoption represented. 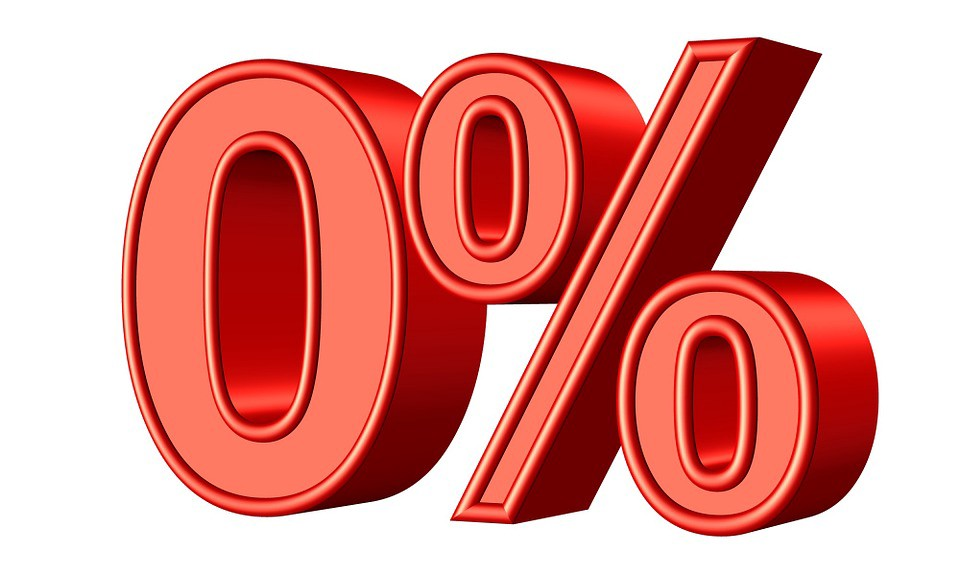 A joint report for Monitoring, Evaluation, Research and Learning (MERL) and USAID, which preceded the Arup Report presented a much gloomier picture of blockchain projects. They researched 43 blockchain startups and found zero % success rate and vendors didn’t call back when asked for evidence. Although they did not use TRL scale, MERL report authors averred:

“We documented 43 blockchain use cases through internet searches, most of which were described with glowing claims like ‘operational costs… reduced up to 90%,’ or with the assurance of ‘accurate and secure data capture and storage.”

“We found a proliferation of press releases, white papers and persuasively written articles. However, we found no documentation or evidence of the results blockchain was purported to have achieved in these claims.”

The dApps Craze & The Frivolous Use-Cases

In the vast sea of countless legacy applications, genuine use-cases for blockchain are few and far between. Contrary to popular belief, blockchains are not a good solution for storing data. Each piece of information that one stores in the blockchain sits in hundreds or thousands of nodes making it an extremely costly solution. When it is clear that most use cases that blockchain is being pushed for do not at all benefit from the expensive decentralization or immutability of proliferated database, is there any justification for a multitude of dApps? 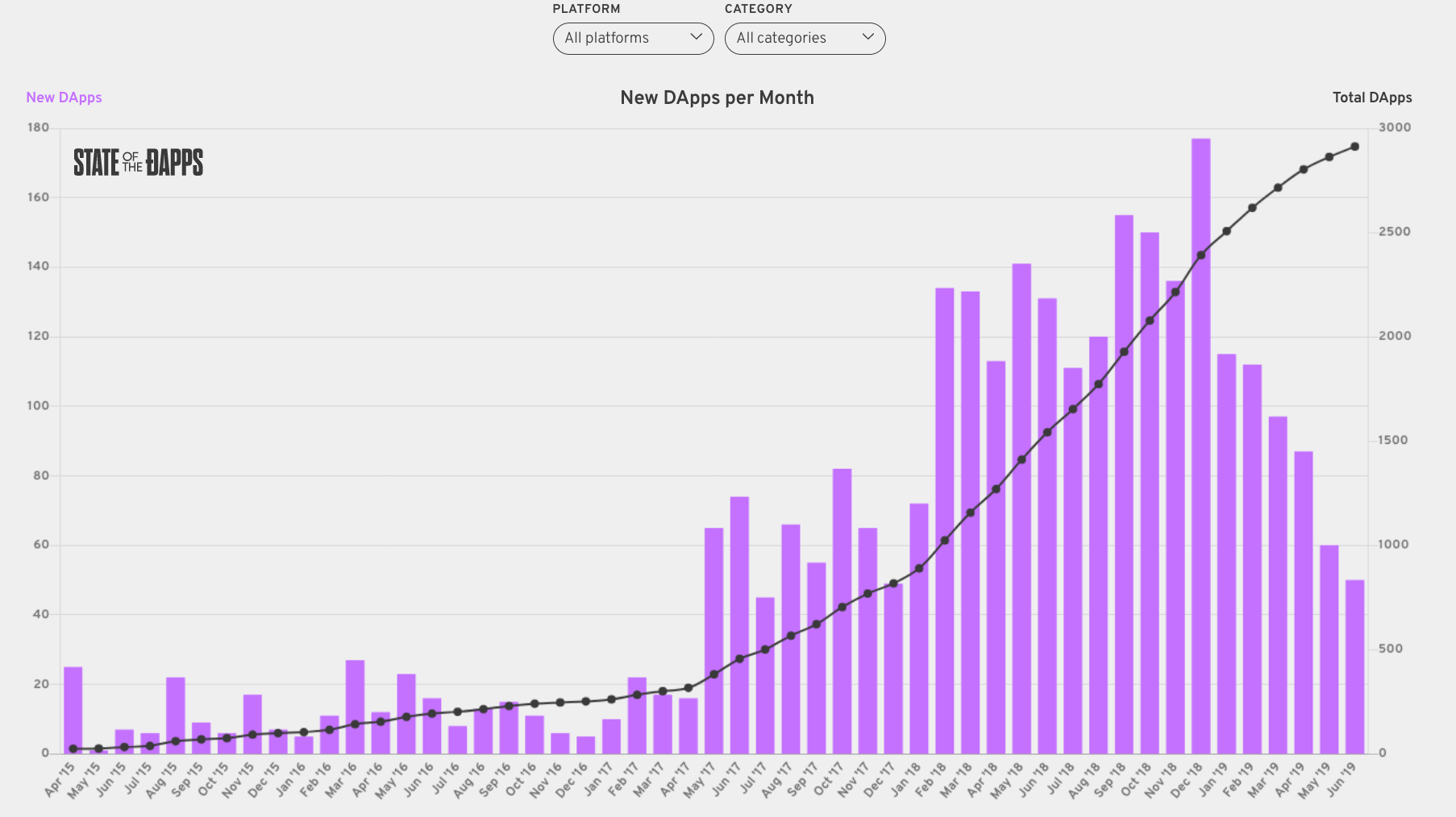 On February 11, 2019 Bitcoinist.com reported that 93% of Ethereum dApps and 85% of all dApps had zero transaction volume on that day. Since then new dApps are dropping significantly. All those so called blockchain dApps, where tokenomics has minimal to no intrinsic role, the value of each new entry to the database is almost zero, decentralization does not add any additional value over conventional low cost relational database, and there is no incentive for peers to participate in the network are no more than white elephants. That right away throws all of the private or enterprise blockchain initiatives out of the window. That’s 400+ IBM blockchain projects, and many more blockchain shops around the world that are providing turnkey blockchain services to every Tom, Dick, Harry that knocks their door. That also rubbishes all of those Ethereum based astronomically inefficient fancy dApp projects. It absolute does not make sense to pay gas for every itsy-bitsy entry that you make to the database and get it replicated meaninglessly thousands of times.

IBM charges up to $120,000 per year for the hosting of their Hyperledger Fabric system, which only serves to complicate completely fine existing databases. Nevertheless IBM is bullish with its blockchain projects. Most of them are doomed to fail for simple reason that they are private blockchain deployments that are neither decentralized, nor immutable. They cannot also be as efficient and economic as traditional relational databases. The IBM/Maersk joint venture is already facing some significant and unexpected obstacles. I wonder, devoid of decentralization, can they even be termed as blockchain projects. In fact, as @kaistinchcombe puts it, blockchain is indeed crappy if these projects are representative of blockchain deployments.

Every other blockchain out there claims to provide an operating system (OS) for the decentralized applications (dApps) of the future. As we have seen in the previous section, if there is no place for a slew of useless dApps, the need for a blockchain OS at best is futile if not absurd. It’s like having an operating system with no meaningful Apps to operate.

Is Blockchain A Lost Cause?

A vast plethora of scholarly articles hail blockchain as a powerful technology. It may indeed be. But, so is nuclear tech. Do you use nuclear energy to heat up your morning cup of coffee? Do you use a cannon to knock down a fly?

If blockchain is a powerful technology, is it a solution looking for a problem?

Majority businesses fail due to “No Market Need.” Should we ask “Does blockchain work?” or “Does it work better than other technology solutions in the market?” What are the cost-benefit trade-offs to switching to a new consensus-based technology solution?

Applying the transaction speeds and cost of ethereum to all and sundry legacy applications that are being converted to dApps, the technology may indeed look crappy and useless.

In fact Ethereum should have no role in dApps of tomorrow, if at all any justifiable use cases are uncovered in future. But Ethereum does neither define the entire scope of the blockchain technology, nor it was designed to do anything more complex than ERC20 tokens, which it undoubtedly did exceedingly well. Ethereum sure is a revolutionary milestone in the history of blockchain. But, the critics have to realize two things:

Second, Ethereum is the very first iteration of a smart contract.

In the history of innovation, I wonder if there is any evidence of a technology, the first iteration of which, could perform all the magic that the technology was eventually capable of in its more advanced iterations.

If one looks at the current status of dApps based on the second / third generation blockchains the picture is indeed gloomy. However, in the doom and gloom of dApps, one blockchain shines. It is Steem. Steemit.com has been a shining light for well over 3 years now that the Steem blockchain has been enabling a use case that’s far removed from the mainstream. Today’s 24 hour transaction volume shows Steem dApps at almost 8 times higher than Ethereum dApps. While most Ethereum dApps are gambling and gaming, Steem volume is from incentivized content sharing.

In our own quest for the optimal use cases for blockchain, we chose to first work on defining the problems, and then based on that, work on perfecting the imperfections in blockchain. We gave ourselves the following due diligence criteria before embarking on a blockchain project:

It’s already established that a blockchain is very expensive relative to centralized databases. So the primary reasons one would use it is for immutability and removing the single point of failure or control, provided the use-case justifies the high cost. Besides, there may be completely new use-cases that were unknown to prior art before the advent of blockchain. In other words, those use cases that can be enabled only on blockchain network and would be impossible otherwise, are the most suitable for blockchain deployment.

Here’s a table of 12 justifiable use-cases that we identified that may have good fit with blockchain. First 6 of them are impossible without a blockchain, and the remaining 6 may possibly offer value over their legacy counterparts to justify the higher cost of blockchain deployment.

The potential use cases either impossible without blockchain, or significantly cost-effective over cheaper legacy solutions:

First six of the list are labelled “radical new use cases” because they could neither be conceived nor possible without the deployment of blockchain technology. Cryptocurrencies need no elaboration, but each of the remaining five radical use cases are either referenced or will be discussed in future blog posts. The six incremental use cases are already known to prior art, of which DEXs are cropping up fast and receiving fair amount of traction.

So, will blockchain really change everything? Conservatively speaking, may be not.

And, are the potential applications really endless? Certainly not, at least not in the near future.

So is it a big lie? May be, if the blockchain critics as well as evangelists are expecting the very first iteration of this tech to deliver the world. Time will tell if future iterations of blockchain will deliver the magic.

The efforts made to write this article will be worth it if the critics who think blockchain is crappy, useless and a lie may mellow down a little bit and give the more advanced iterations of this tech a chance with at least a select few specialized use cases.

Cheers :)
This blog is posted with permission from orignal at Medium

it's true my brother. now you can help how I use the block chain.