Best Canadian Albums of the 2010s 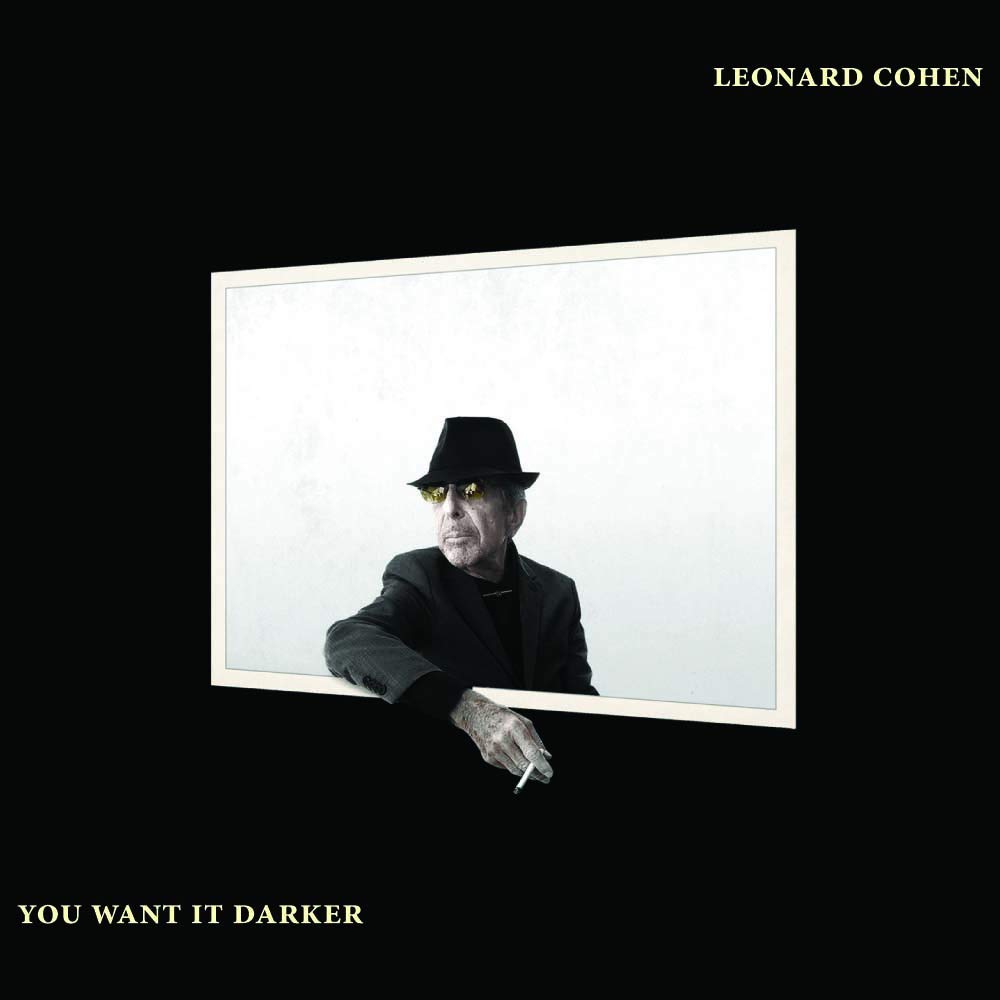 Leonard Cohen - You Want It Darker

I begin my list with an album by a Canadian legend. Leonard Cohen’s deep voice has left a mark on the Canadian subconscious and this album is no different. You want it Darker was recorded in 2015-2016 and was released only weeks before his passing, making You want it Darker is his final goodbye, and I couldn’t have imagined it would be as powerful as it is.

You want it Darker explores the concepts of death and reflection on a life lived. His poetic verses capture you from the first moment and brings you along his journey. This was an album he knew would be his last, and he expresses both his regrets and his confidence in his decisions.

“It seemed the Better way” and “Steer your Way” explores Cohen’s struggle with faith and his lifelong conflicts with his religious beliefs, which have been a constant presence in his music going back to his earliest albums.

The songs “Treaty” and “Leaving the table” explore the ending of long relationships and express both a deep sadness and an admittance or partial guilt to some wrongdoings. In a way I feel almost guilty for listening to this album. Cohen bares everything in this album and I almost feel as if I’m invading his privacy by looking into his deepest thoughts.

Basia Bulat is a fairly lesser known name even in Canadian music circles, or at least in the circles I tend to be in. Tall Tall Shadow is the 3rd album by Basia Bulat and probably my 2nd favourite album by Bulat. It was really hard to choose this album or her previous work “Heart of my own”, but at Heart of my own was released only 26 days into the decade, I felt that Tall Tall Shadow is more representative of the 2010s.

Tall Tall Shadow is somewhat of a departure for Bulat, on a first listen, it feels much like a break-up album. Expressing her sadness and her pain for a relationship that she treasured. In interviews she has stated though that the album was inspired by the death of someone close to her. This information leads into a second listen that truly breaks your heart.

Her lead single is of course “Tall Tall Shadow”, which feels almost like a confession of sorts. The lyrics initially feel directed at another person. Though when taken in the context of the album as a whole take on a different meaning.

My personal favourite song in the album is “Never let me go”. The heartwrenching highs really pierce through the low melody. Bulat really bares her grief in this song and puts major vocalists to shame with her balance of technical ability with emotional vulnerability.

The album ends on a brighter note, with the song “From now on” taking the role of an internal monologue where she questions herself. The song is a bittersweet ending to an album that is generally pretty dark.

Tall Tall shadow is one of those rare albums that takes a single emotion and spreads it evenly throughout, not pushing us too far into despair but feeding it to the listener in a way that doesn’t force it on the listener. I cannot recommend Tall Tall Shadow enough.

Leave No Bridge Unburned doesn’t shy away from the slower and more melancholic songs, with “Dear irony” and “Fake your death” providing a perfect mix of the the slower singles that they have been known for, and their new found grittiness.

Leave No Bridge Unburned is such an amazing album that is criminally underrated, each song on the album would be the feather on the cap of a great album for any regular artist, but Whitehorse provides an entire album of amazing pieces.

Ever since the departure of Steven Page from BNL, it has always felt that they were missing something. Page was a big part of BNL and provided a balance of both humor and seriousness that felt lost in the following BNL albums. Fake Nudes is a big return to form from BNL and could easily be counted among their greatest albums.

I will admit that the vocals of Ed Robertson aren’t the best here, but to give him some credit, he has been the leading vocalist for over 10 years both on tour and in the studio. Regardless of that, the album shines with him as lead vocals as well as vocals also by Kevin Hearn and Jim Creeggan.

The lead single of Fake Nudes is “Canada Dry” which is one of the most Canadian songs of the decade. The song changes the chorus and references iconic Canadian singers Joni Mitchell, Gordon Lightfoot, and Neil Young. “Canada Dry” talks about a relationship that has ended using Canadian euphemisms such as Sidney Crosbey holding the Stanley Cup and his emotions sinking like a Saskatoon sunset.Not to mention the backing vocals by none other than Alan Doyle, The song is pure Canadiana and I love every moment of it.

Kevin Hearn’s single on the album “Invisible Fence” is catchy and has a poignant and political message against building walls and fences between us “ both in our own mind and in wet cement”. With the current state of Global politics, “Invisible Fence” is a sweet song that brings Hearn’s feelings front and center.

Fake Nudes is truly a great album and severely underrated. Its mix of both pop hits and slower emotional songs provides a well rounded experience that even over 2 years later has me coming back for more.

Carley Rae Jepson was first discovered on Canadian Idol of all places but really hit mainstream success with the ever popular song “Call me maybe”. Despite that viral hit, her other songs have not received the same huge following that she deserves. 2015s Emotion is probably one of the best pop albums of the decade. Emotion is one of those rare albums that no matter who listens to it, they fall in love with it. Emotion has been lauded by critics and fans alike.

Emotion can trace its roots back to the 80s with Jepsons use of Synth drum beats and the Saxophone scattered throughout the album. Emotion feels like the perfect combination of both 80s pop and modern pop. I don't know where she was hiding all this magic, but I’m so glad to hear it now.

The first single released from Emotion “I really like you” is a fun and catchy song about the first stages of falling in love. The chorus is fun and upbeat while each verse slows it down a bit while still keeping it light and catchy. The music video also has Tom Hanks, who couldn’t love that?

It's hard to really pick a single song out in Emotion that stands out amongst the rest as being particularly amazing, but my personal favourites are “Run away with me” and “Your type”. Both songs are slower and less “viral” than the lighter pop hits but really allow Jepsons vocals shine. “Your type” is a melancholic song that we can relate to. And “Run away with me” is a powerful song with heavy Sax use that really sets a ton for the song. I can’t help but imagine driving through a city at night when I listen to it. There is a magic to this song that I can’t explain.

Emotion is an album that will be looked back on in decades as a classic, a timeless piece of music that will be danced to and jammed out to by people all over the world. For me, I cannot listen to Emotion without jumping up and dancing or singing along to every single song.

It was really hard to try to choose only 5 albums of the hundreds of amazing albums that have been released by Canadian artists over the past 10 years. But if you had to listen to only 5 albums , there are the ones I recommend the most. These 5 albums represent 5 different parts of Canadian music and its growing significance on the global stage. Here is to another decade of great music!