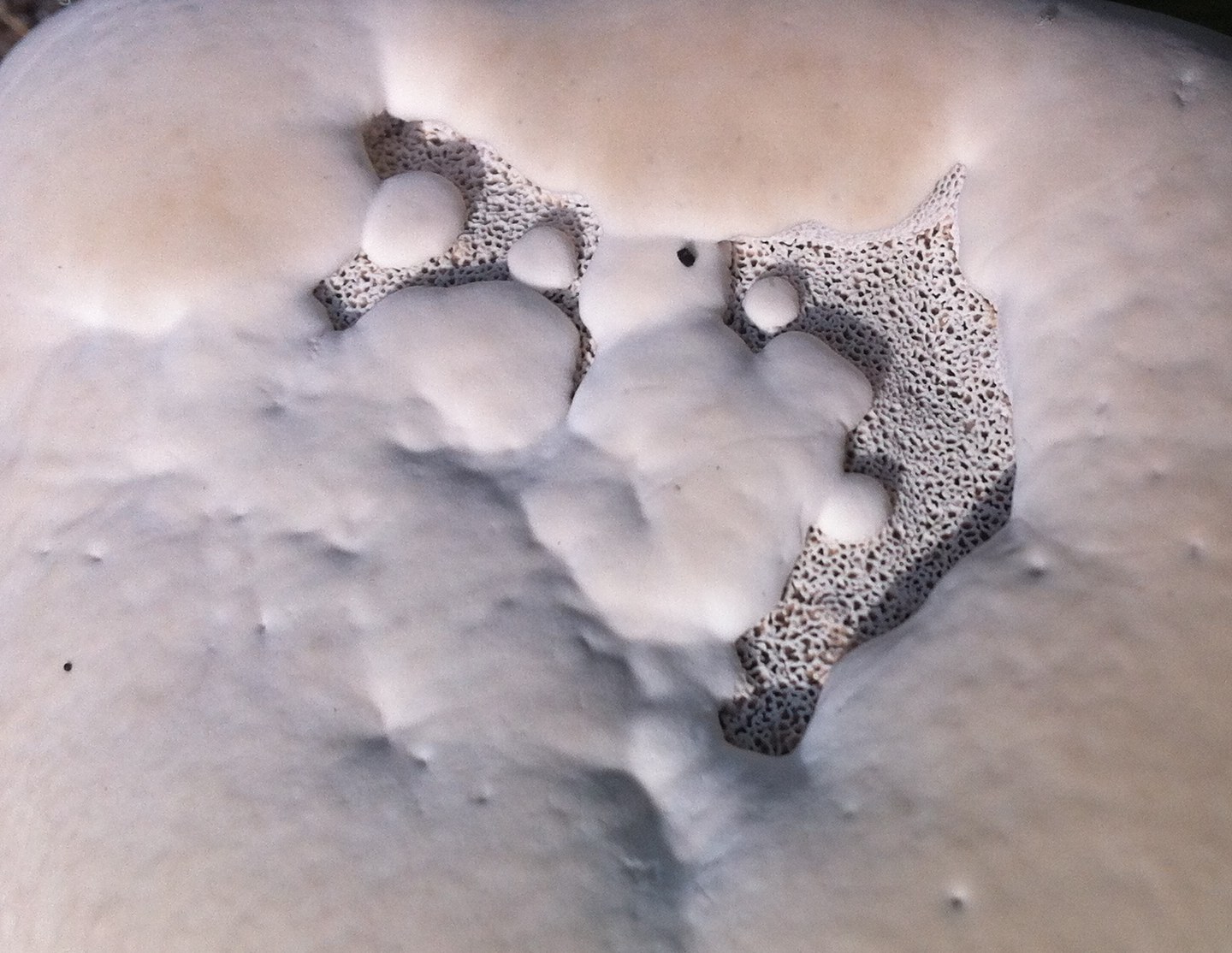 Guess what is it? Do you think its a melted ice-cream, no? did you say its a Moon Cheese? well, it is not... actually, it is a mushroom!

...thru all of the June we have abnormally hot weather here, with just a few rains. For mushrooms it is a bad thing. And it became rather a challenge to find something fresh for this challenge... (I mean, if you go out instead of digging the old archives).

Look at the pic above - the soil is sunken, no juicy green grass jungles, just dead yellow leaves instead are scattered around.

Today in the morning I was out for doing a C19 test.. nothing to do with photo hunting, so I left my camera at home. And on the way back home... Bumm! I met a lot of mushrooms. Happily, my iphone-4 camera is still up and running. I could take two dozen pictures. There were three encounters, actually.

Firstly I have noticed a pair of champignons.

I confidently identified these mushrooms by the coffee-brown grills on the underside of the cap (the color is not very visible in the photo, but nevertheless). Champignons are very usual at city lawns, in yards, you can see crowds of them. It is a tasty edible mushroom, but picking it in an urban environment is not recommended. (Mushrooms absorb many harmful substances from the ground, which the city generously produces). So, ofc you can pick them, on your risk, if you are starving.

The next stranger is the kind of mushrooms I love most, for its weird outlook. Its a stranger who left unidentified - UFO, as we use to joke: Unidentified Fungi Object.

Yes, it is a fungi, not an ice-cream... unfortunately. It had an intense, attractive creamy color and a tender touchy texture, not speaking of its soft and mild shape. Simply amazing! Sadly I didnt have a usual pair of #googlyeyes with me -- I definitely could get a decent use for them here.

And no, this is not an edible mushroom. Probably it isnt toxic, just harsh and woodened texture makes it impossible to consume.

The third encounter... it were champignons again!

Some of them looked too aged and ugly, some were still half-hidden in the soil and barely visible...

The outlook of this poor fellow says it might have suffered from life... it says its life wasnt too easy.

Just a small part of the whole family! (It is not me dug them up from the soil.. maybe its the local dogs had some fun playing with them?..)

All of them are aged, probably they popped up a week ago or more, when there happened a little rain.

This was the one looking less aged and most fresh. I picked it up, just to make a capture of the characteristic chocolate grills of the cap - it is a prominent champignon's iD detail.

I also broke it in half -- to show you that I was not the 1st one who have reached it.

Worms always come first after a mushroom -- they know it is a good healthy nutrition. And you have to come earlier if you dont want to loose mushrooms to the worms. Rivalry!

Perhaps, this is all I wanted to tell. Thanks for visiting my blog, and see you next time!

Thanks for visiting my blog!

All images taken by me, copyright (c) @qwerrie