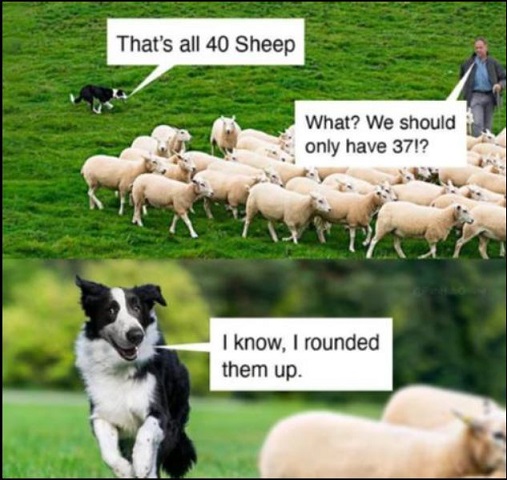 What is a Pun?

A pun, or paronomasia, is a form of word play that deliberately exploits an ambiguity between similar-sounding words for humorous or rhetorical effect. Such ambiguity may arise from the intentional misuse of homophonical, homographical, homonymic, polysemic, metonymic, or metaphorical language.

I hope today's selection of puns can bring on a chuckle. If you don't get it the first time, give yourself a moment to let them sink in. Have a great weekend!

Those who get too big for their britches will be exposed in the end. - Unknown

England has no kidney bank, but it does have a Liverpool. - Unknown

I doubt Vodka is the answer, but it’s worth a shot. - Unknown

Every dog has his day, unless he loses his tail, then he has a weak end. - June Carter Cash

He had a photographic memory which was never developed. - Unknown

He dropped a computer on his toes and had megahertz. - Unknown

Leopards! Be ready for a spot check! - Graffiti

Howdy Jonboy, I am glad at least someone appreciate the puns. lol

I'm sure lots of people read them but don't comment. If you stopped then people would ask what happened to them!

Thank you for your vote of confidence. :-)

You are welcome. I know these things. lol.