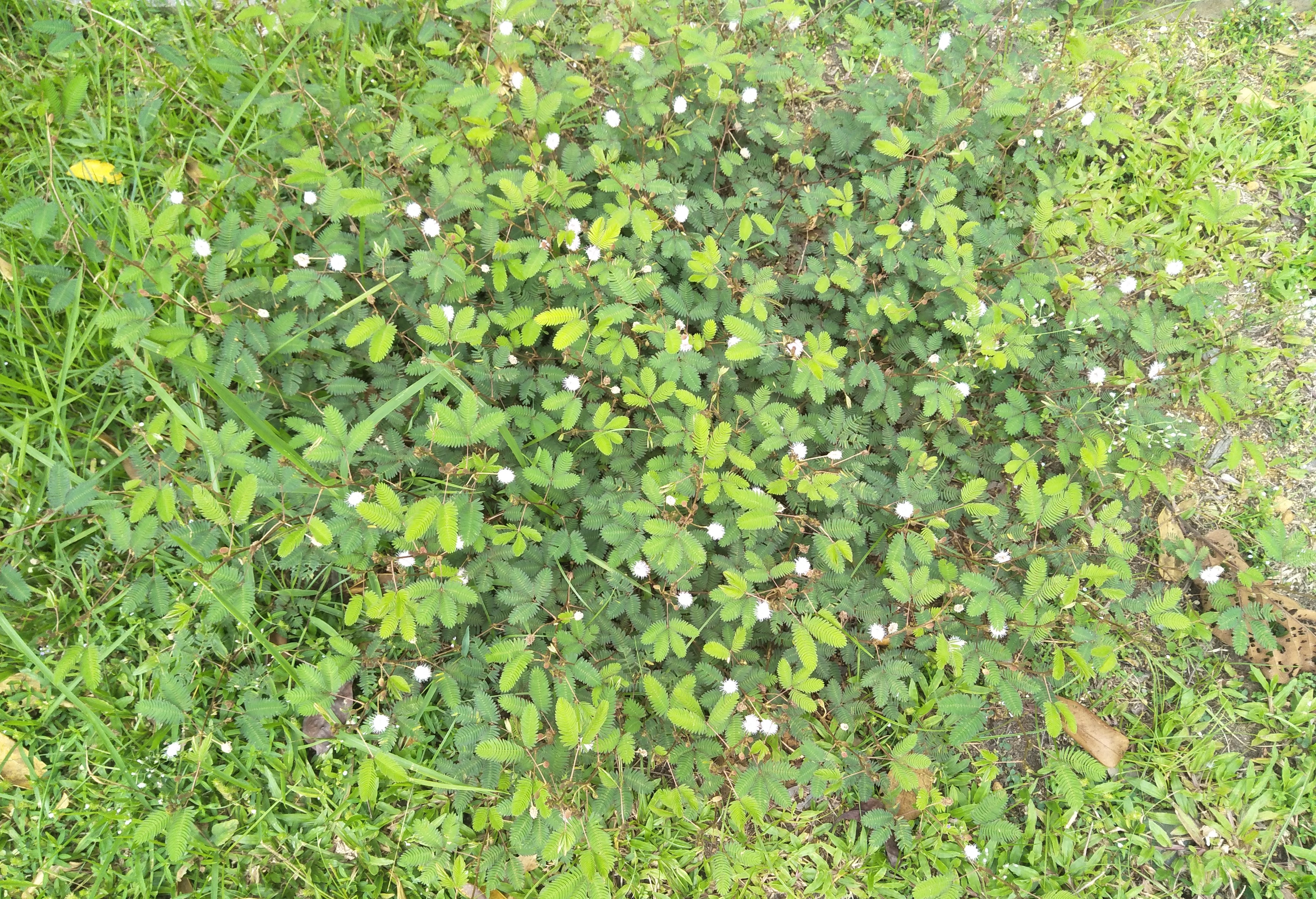 Welcome to #SublimeSunday, a tag presenting you with the unique opportunity to post something a bit different, wacky, crazy or just whatever takes your fancy, initiated by @c0ff33a ☕️

And also #BeautifulSunday initiated by @ace108

I got to know the plant as ‘Touch-me-not’ since an early age. The name was easy to remember, and relatable, for two reasons. Firstly, when you touched their leaves they closed up immediately, giving the impression that they are shy. Secondly, if you were not careful, you would be pricked by their thorns. To me, the name was very appropriate. “Touch-me-not, or I will closed up, or prick you”. Thus, the name ‘Touch-me-not’ was etched on my mind.

Touch-me-not, or scientifically known as Mimosa Pudica are hardy plants. They grow easily in the wild. As children, we liked to touch their leaves and watched them closed, and then reopened. Those were the days – simple pleasures.

Can you see the thorns?

Mimosa Pudica is a thorny plant, and thanks to that, we learned how to remove thorns from an early age. While playing with their leaves, sometimes thorns got caught in our hands. As children, we liked to run barefoot in the fields. If we were not careful, and stepped on a bush of the touch-me-not, we would spent the next few minutes picking thorns from our feet.

Can you imagine a barefooted kid stepping on this?

They have beautiful pink 'bulb' flowers. These looked to be on their way out.

Mimosa pudica is also known as sensitive plant, shy plant, sleepy plant, action plant, Dormilones, shame plant, and zombie plant among others. It is a creeping annual or perennial flowering plant of the pea/legume family Fabaceae and Magnoliopsida taxon.

Here’s a video of the Mimosa Pudica opening and closing. Enjoy!

If you are interested in the technical or academics behind the leaves movement, read the following taken from Wikipedia.

"The compound leaves fold inward and droop when touched or shaken, defending themselves from harm, and re-open a few minutes later. Due to Mimosa's unique response to touch, it became an ideal plant for many experiments regarding plant habituation and memory."

"The leaflets also close when stimulated in other ways, such as touching, warming, blowing, shaking, which are all encapsulated within mechanical or electrical stimulation. These types of movements have been termed seismonastic movements. This reflex may have evolved as a defense mechanism to disincentivize predators, or alternatively to shade the plant in order to reduce water losses due to evaporation."

"It is not known exactly why Mimosa pudica evolved this trait, but many scientists think that the plant uses its ability to shrink as a defense from herbivores. Animals may be afraid of a fast moving plant and would rather eat a less active one. " - Wikipedia

Mimosa is a genus of about 400 species of herbs and shrubs, in the mimosoid clade of the legume family Fabaceae.

This is a Mimosa tree.

This is another Mimosa tree - a different specie - taken in Spain. I haven't seen this locally. When the tree is in full bloom, it is quite a sight to behold - beautiful white and pinkish red flowers, covering the whole tree.

You have been curated by @freedompoint on behalf of Inner Blocks: a community encouraging first hand content, and each individual living their best life. Come join the Inner Blocks Community , and check out @innerblocks! #lifehappening