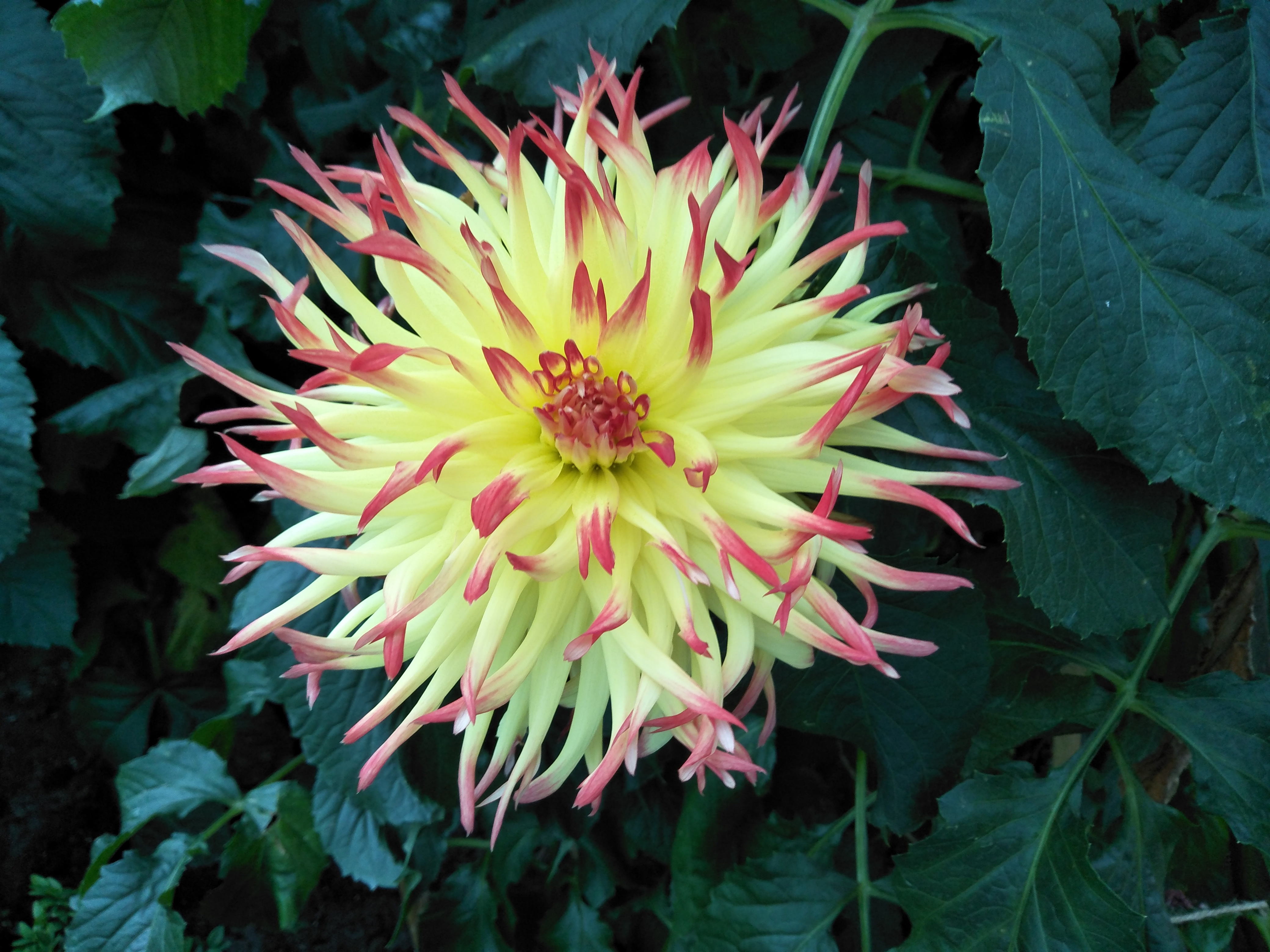 Welcome to #SublimeSunday, a tag presenting you with the unique opportunity to post something a bit different, wacky, crazy or just whatever takes your fancy, initiated by @c0ff33a ☕️
And also #BeautifulSunday initiated by @ace108

Before Covid-19 reared its ugly head in the beginning of the year, there was an exhibition of Dahlias in the Flower Dome at the Garden by the Bays. I was fortunate enough to visit the exhibition. I took so many pictures, but didn’t have time to sort them out until now.

Carefully cultivated in-house by Gardens by the Bay to ensure maximal flower size and show-quality blooms, these dahlia varieties are informally classified as 'dinnerplate dahlias,' with flowers up to 30 cm in diameter! That's about the size of a dinner plate!

The dahlia was declared the national flower of Mexico in 1963.

Here are some pictures of Dahlias taken during the exhibition.

Some information on Dahlias from the exhibition.

The Aztecs grew dahlia tubers as food crop, and even used them to treat epilepsy. After it was introduced to Europe in 1789, the name ‘Dahlia’ was given to the flower in honour of Andreas Dahl, an eminent Swedish Botanist.

Native to Mexico and Central America, dahlias are perennial root tubers belonging to one of the largest flowering plant families, Asteraceae, or the sunflower family. Rivalled only by the orchid family, they are related to chrysanthemums, gerberas, daisies, and marigolds to name a few.

Dahlias have been officially divided into various groups according to their flower forms. Those on display mostly belong to two main forms – ball and decorative. Other forms include cactus, anemone, collerette, pompo, orchid and waterlily. The name of each flower form describes its appearance or shape.

While relatively small, ball dahlias, with their infinite spherical swirl of florets, are truly mesmerising. The petals are blunt or slightly rounded at their tips, and are flawlessly arranged, fold upon fold, from the centre of the flower to the outer edge.

Decorative dahlia blooms are normally large and have what is known as the archetypal dahlia flower form. Without a central disc of florets, they appear as a mass of broad, flat petals that are usually completely blunt at the tip or only slightly pointed.

Decorative dahlias can be formal or informal. The former has flat petals that are evenly and regularly arranged, while the latter has generally flat or slightly rolled petals irregularly placed in a slightly looser, more relaxed formation.

Dahlias appear to have a single bloom on each stem. However, each flower head consists of a luster of tiny individual flowers known as disc and ray florets. Disc florets lie in the center and resemble tiny tubes. These are surrounded by showier, strap-like petals known as ray florets that attract pollinators such as birds and bees.

There are around 30 dahlia species, and thousands of different cultivars and hybrids. With the exception of blue, dahlias come in a wide variety of colours, with variegated and bi-colour ones as well. They range in size from tiny micro dahlia flowers 5 centimetres in diameter, to ‘dinner plate’ ones measuring 25 centimetres across!

These are some of the Dahlias, whose name I am quite sure off, I saw on my visit. There were so many different cultivars and hybrids on display. At the end of the visit, I wasn't quite sure which was which.