Germinating my own cross strain 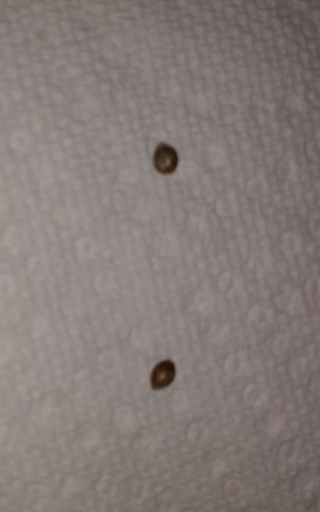 I didn't intend to breed my own strain starting out

I just wanted to grow some of my own smoke to lower my costs. I have health issues and use cannabis for pain and being in a black market it gets expensive, shoot even in a legal market it can get costly so I decided to throw caution to the wind and grow my own medicine now that my children are all grown. I put my grow tents together piece by piece on a budget. And a couple of weeks into flowering my better lighting arrived and it stressed a branch that I missed and hence I became a breeder before I planned on it. I did plan to eventually cross some strains but I planned on having more experience as a grower before I did that. I crossed Passion Fruit and Gorilla Glue, and have decided to name the strain Passion Glue, though my husband says he like Gorilla Passion better, What do you guys think? Let me know in the comments below.

I always like to germinate at least two seeds at one time just in case one doesn't germinate and I am doing a stagger grow this time so by the time they will hit the flowering tent there will be plenty of room for them. Currently my flowering tent only has one girl flowering and the way I am putting them in there the previous plant will already have her sex, and if there is any signs of a male it is being plucked, cause I don't want to seed this grow, but I am happy to have a new strain that hopefully is as potent as it's parents are.

A buddy of ours likes to germinate in soil but I never have any luck when I germinate in soil indoors, and it only seems to work if I place them outdoors till they sprout, but lately we have been having colder than normal temperatures so that will have to wait till next spring. After I wet the paper towel and close it up I place it in a baggy leaving the ends open for oxygen. Seems to work fairly well this way for me, normally in two or three days I have a germinated seed ready for soil.

Instead of putting it between two plates

I just put it under the foot stool I use to raise the plants off the floor that are in the smaller cups. I am sure some people are gonna say I am doing it wrong, but it works so I always say there is many ways to do the same thing. Currently I have two plants vegging in big buckets. The bushy one will be going into the flowering tent soon, then the one in the solo cup will be going into it's big bucket, if I get this staggered just right, I should always be starting and harvesting every couple of weeks and eventually won't have to buy on the black market. My first grow is nearly ready, just a few more days of burping and she should be just about right. I can't wait to not be buying cannabis anymore.

This one almost died after I had to have emergency surgery, she has recovered good

I am excited to document this grow in particular

As this is my accidental creation and if it turns half as good as the parent strains then I will be happy. Till next time stoners it is 4:20 somewhere so puff puff pass.

Yeah im with you on this one!