A tradition Roach Sunday: Guess the Weight of the Roach Doobie Contest Week 1 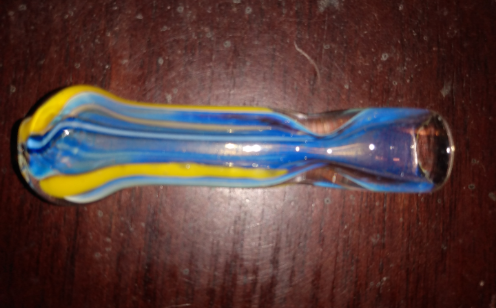 UpdateDue to errors this weeks Roach Sunday contest has been extended till Sunday at MidnightI will announce the winner with the launch of next weeks contest. So get those guesses in

Let me tell you about a tradition called Roach Sunday

Years ago not too far in the past, there was a group of people who decided to create an experiment, based off a mutual belief among them even though they all came from different backgrounds. They decided to create a place where those who believed differently could come and discuss their different believes while celebrating the one thing they all agreed on that cannabis was put on the earth to be used by humans. Some even argue that even religious text talk about cannabis and that god saw it as good. I won't get into those arguments with anyone, as I do believe that religions are different roads to the same place in the end. The group called themselves the Spiritual Foundation of the Arcadian Order. I was one of those people in the group. We even had a church we bought to meet and though on Sunday's were for discussion on beliefs and outlooks it was also for smoking. As everyone would bring their roaches they had from the week prior and we would put them in a big pile and roll up a bunch of Roaches and have what we dubbed Roach Sunday.

Many of the improvements the community sees today happened because of the discussions that began there, including the revitalization of the downtown area. I no longer live in that community, but in reality cannabis revitalized the downtown area of my hometown and it isn't well known. We also kind of started a promotional, marketing, party business out of the Church building we were in. We would have parties where we sold beer and weed, sometimes acid or shrooms too and then that money would be funneled into different improvement projects. My hometown's downtown is thriving now 20+ years later and it all started with discussions and respects for each others beliefs and the common ground of cannabis. Sadly those who signed the check books had a falling out, because they suck, and it cost us our building, but it never destroyed the community, as it still goes strong. Just now in smaller groups and when ever I can get back home, I go and have Roach Sunday with some my old friends from the church and when I can't I still celebrate it every Sunday.

I even started contest to spread the tradition throughout the world

If you are on smoke.io you already have seen my Roach Sunday Contests, I have been doing it for nearly a year now. I have done some tweaking from the early days to what it is now from trial and error and plan to expand the tradition over here to weedcash. I will be doing pretty much the same contest here that I will be doing there. What is it that I do, it is a 24 hour contest on Sundays where I will show you a Roach Doobie rolled and on the scales with the weight covered, you guess the amount the Roach Doobie weighs and the person closest to it will win a stoner related prize (soon to come some Weedcash Swag) Note even though I will have two nearly identical contest going on both platforms, it will be two different Roach Doobies they will not be the same doobies, so if you are on both platforms enter both contests

Is a Mini Glass Chillum, guess how much the Roach Doobie weighs. The closest guess wins. Winner will be announced shortly after midnight on 9/2/19 EST. You only get one guess. You may not change your guess. As I build up weedcash I will also provide some weedcash as a prize, but currently I have none, so that won't happen till next week. I provide the shipping costs and ship all over the world, unless prohibited by law. Sorry guys if you are in Afghanistan I know I can't ship this to you so if you have a correct guess I will send you 4.20 weedcash next week if that is where you are located as Customs won't let me ship pipes to that country. Unless otherwise stated I will not substitute weedcash or steem for prizes. I do this to help build the platforms and don't have unlimited crypto or fiat funds. I will blacklist users that ask. Winner has 7 days to message me their mailing address on discord, I am queenofsmoke#7681 on discord, after 7 days they forfeit their prize.

Guess in the Comments Below how much this Roach Doobie Weighs

Till next time stoners

It's 4:20 somewhere so puff puff pass and if you are free I joined the canna-curate discord radio show as a DJ hosting the Roach Sunday Show on Sunday nights at 10 PM EST on Canna-Curate Radio come and grow with us and join me for some tunes and some cannabis related talk. It will be a hodgepodge of a show with some talk and a wide range of cannabis related music. So if you don't like what is playing stick around something will come on more to your liking, as I like pretty much all music.

Here is a link for the smoke.io sister contest