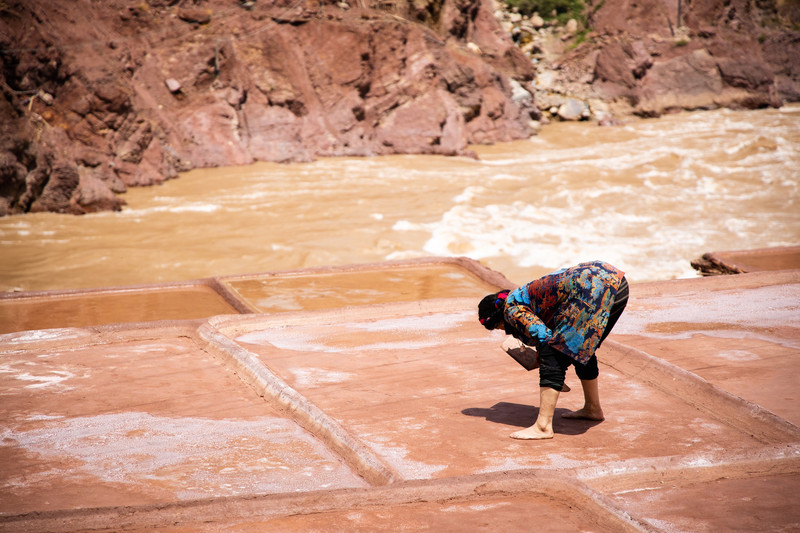 Thousands of years ago, the mountains and the squats echoed with crisp bells, which seemed far and near.

It was a caravan with tea, silk, porcelain, wool and herbs, squatting in the mountains.

To this day, the role of the ancient tea-horse road has faded out of the stage, while in the salt wells of Mangkang, the most primitive way of hand-drying salt remains.

The salt well that began to salt in the Tang Dynasty is still working normally. On the hottest afternoon, the aunts in the Tibetan area were still bending over the salt fields. Walking down the small radial direction, you can see a salt cavern formed by salt water. Be careful when you walk here. Once the salt column falls on your body, it will form a white salt that will never be washed away.

In a modern society where salt has become within reach, who would have thought that there are still people who have been practicing salt for thousands of years?

Probably the work of salting the salt is too hard, and the salt well can find a lot of small restaurants that eat Jiajia noodles. This is a special feature of Tibetan areas. It is translated into Mandarin, which is probably a buffet.

The small bowl of boiled noodles with meat foam, a bowl is probably only enough to eat a mouthful, the enthusiastic store will always add to the bowl, when eating dozens of bowls, only the stone counted by the side knows that it has Eat so much!

Mangkang-Ranwu | Ten hours of Tibetan picnic on the road

The hardest way to drive on the sacred line is not the road.

It is the speed limit.

From Mangkang to Ranwu, the 450-kilometer road requires nine hours of speed because of the speed limit.

On the long road of self-driving, the most famous is the 72 roads in Nujiang. 72 sharp turns, can not see the phone, will be dizzy, can not sleep, the head will hit the glass, only one way and Tibetan drivers can sing songs to kill time.

However, since it is wild, it is better to be wilder.

We simply set up a tent in the wild, a large pot of buttered tea, and a red oil noodles with the Tibetan aunt to do the Saqima, the wind meal does not have a taste.

There is also the highest altitude Dongda Mountain Pass, 5130 meters.

Of course, you have to jump over the proof!

My God, such an extraordinary post! Those pictures you shares with us are truly amazing 而且我真的喜欢那条路的样子，好像一条很长蛇的方式。

thank you for your evaluation.