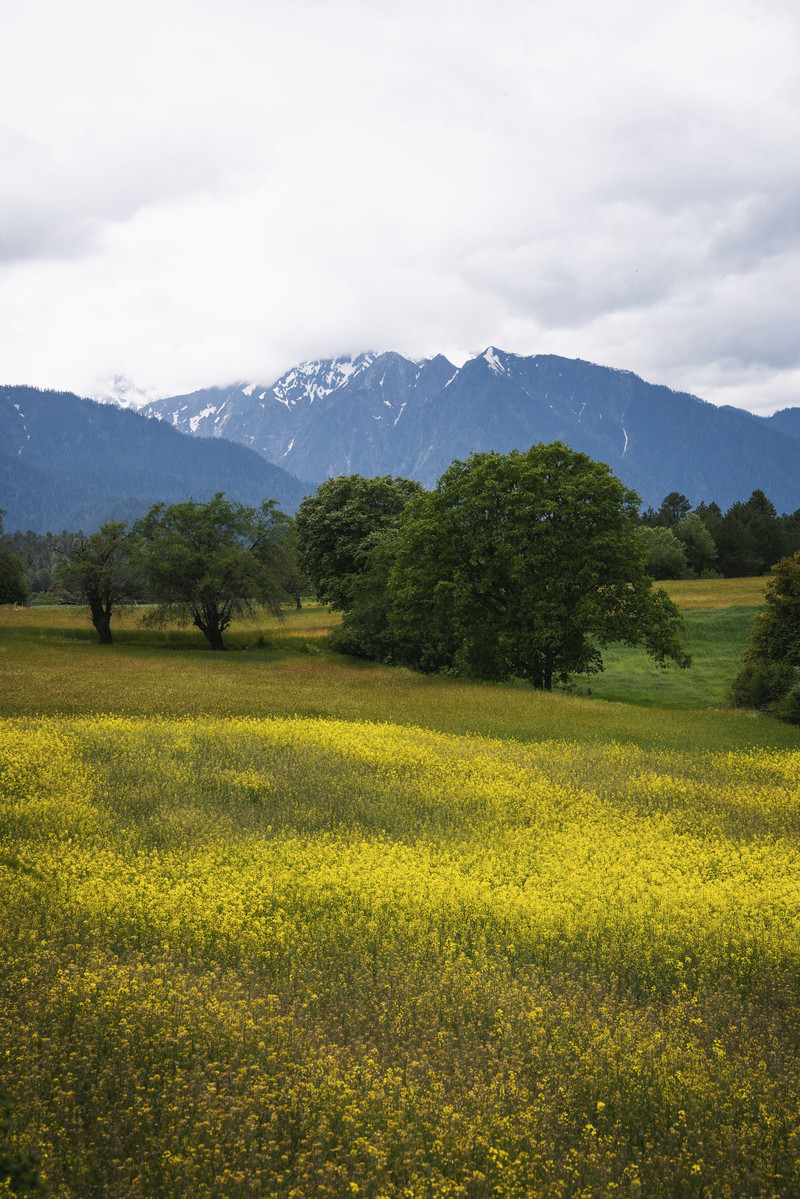 Bomi | Tibet "Little Switzerland" in the hinterland of the plateau

When I arrived at the dense spruce forest in Bomi, I was taking a few deep breaths.

The ancient tea-horse road is not only the ups and downs of the terrain, but even the oxygen content is high and low.

Who can think that I was lying down in bed because of lack of oxygen yesterday, can I run lightly in the natural oxygen bar today?

Spruce, Huashan pine, ancient wood all over the slopes, tall giant trees rose up and walked into the forest, and suddenly there was an illusion of walking into Japanese comics.

Compared to the hiking on the plateau glaciers, the hiking in the forest is much more comfortable.

Walking along the gentle dirt road under the shade, there are several puppies that have joined the road.

I think this may be the best reward after the altitude sickness.

From the day when Linzhi traveled to Lhasa, the scenery became rich and varied.

Canyons, snow-capped mountains, hills, and lakes are constantly hitting the eye in a day.

Nanga Bawa, 7782 meters, the world's twenty-eighth peak, the year-round misty, with a "shy" of ten people.

I hurriedly parked the car in the emergency parking area. Sure enough, this independent mountain quietly emerged from the thick clouds.

After less than ten minutes, Nanga Bawa returned to the cloud, as usual.

The sand dunes of the Buddha's Palms, the wind that winds at about three o'clock every afternoon, blows the fine sands on the north bank of the Yarlung Zangbo River into sand dunes, which are named after the shape of the Buddha's palm with their hands folded.

For a person who has never been to Jiuzhai, Ba Songcuo is the most beautiful lake I have ever seen.

I want to call it an emerald on the plateau.

On the island of Tashi in the center of the blue-green lake, there is a mysterious sect of the Gongba Temple, which is the famous holy place of the Red Church.

The Tibetans pinched the lake and fed the fish. When we saw us, we handed over the cockroaches in our hands.

"Go and feed some fish!"

Lhasa | The picnic next to Yamdrok

The sheep that had just entered the summer was wrong, the grass had not sprouted, only the blue lake and the blue sky.

The empty mother is wrong, the fault is wrong, the long time is wrong, and the ancient sheep is wrong in the huge lake basin, the hands and feet are connected, it is difficult to give up.

This is the "Turquoise earrings scattered by the goddess" in the eyes of Tibetans.

At the sheep lake, set up a long table for a picnic. Simple meals, it has become extraordinarily sweet.

Yamdrok is the end of this trip.

In the thin air of the lake, I recalled the words of the Tibetan breathing teacher and what we said when we were in Shangri-La.

“Happiness from the outside is like drinking salt water, the more you drink the more thirsty”

"Only by finding a source of true happiness from the bottom of my heart can we achieve eternal happiness."

I think, after a long twist, my best understanding of this sentence is:

After seeing the mountains and waters, I have a calm heart and have a sense of security for myself.

This is the ultimate source of happiness we found in our travels.