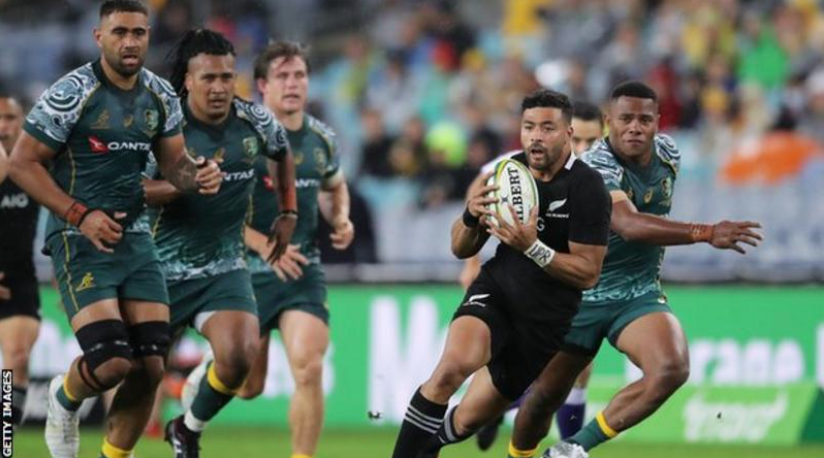 Richie Mo'unga scored 23 points including two tries and five conversions for the All Blacks at the ANZ Stadium.

It was New Zealand's biggest ever margin of victory over the Wallabies.

Ian Foster's side now have an unassailable 2-0 lead in the four-Test series, with this meeting also the opening game of the Rugby Championship.

This victory follows their 27-7 win in Auckland last week and a 16-16 opening-game draw in Wellington at the start of the month.

Saturday's fixture was played in front of 25,689 fans in Sydney after a loosening of coronavirus restrictions in Australia.

Mo'unga went over twice in the first half to put New Zealand in control, with further tries from Karl Tu'inukuafe and Dane Coles making it 26-0 at the break.

Australia responded within two minutes of the restart when debutant Noah Lolesio went over for his first Test try, but it failed to halt the All Blacks' momentum.

Mo'unga's penalty extended their lead before further scores from Rieko Ioane and Jordie Barrett - both converted by Mo'unga - pressed home their superiority.

The Rugby Championship features just three teams this year - Australia, New Zealand and Argentina - after world champions South Africa withdrew because of fears over player welfare and disruption amid the Covid-19 pandemic.