Platinum Q DAO Engineering and the Noah project – Stronger Together 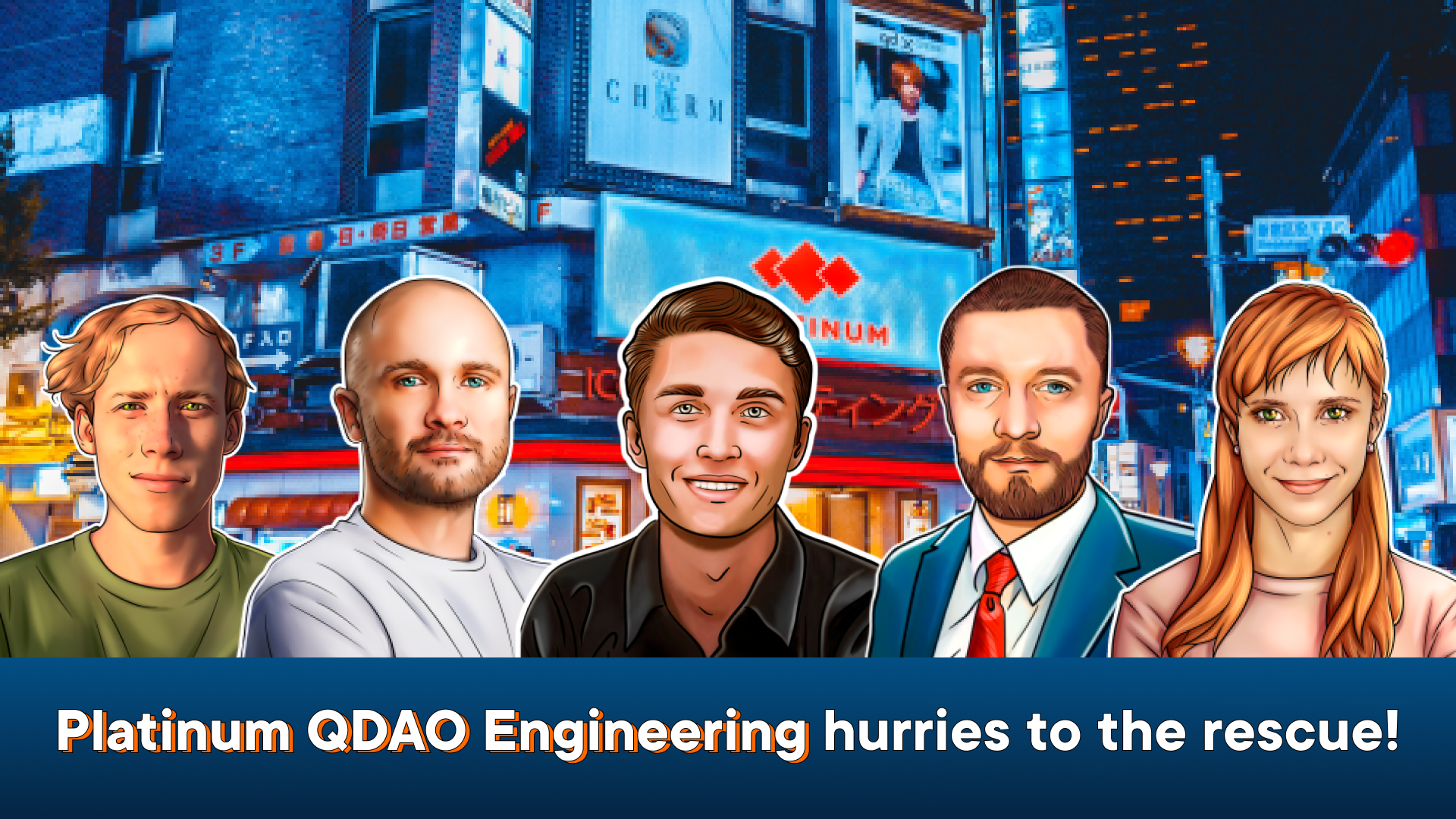 Platinum Q DAO Engineering has been making massive strides for the past few months. Our expertise in international marketing and PR services has been helping numerous projects go through the difficult process of fundraising with ease. Our legal and advisory services have helped projects to regulate their processes, and our technology arm has provided tech support, dApp production, and cybersecurity solutions. Leveraging our technical expertise and experience, we have created the next-gen digital assets exchange – BTCNEXT, as well as the Q DAO ecosystem of stablecoins with USDQ and KRWQ, furthermore, we seek to add more fiat-pegged stablecoins in the upcoming future.

Challenges faced by the Noah Project.
The Noah Project seeks to create a blockchain and crypto-powered ecosystem for remittances, daily transactions, and payments. Noah City is an ambitious project that will run entirely on blockchain, like a shining beacon of tech-powered governance. The Noah Foundation has been working tirelessly to bring this vision into reality. However, in the recent past, there have been many developments that are happening with The Noah Project we feel you should know about, and we are happy to tell you that Platinum is a big part of it.
Owing to certain challenges faced by The Noah project, they decided to shift their focus on certain priorities, one of them is to create a new, independent blockchain that will power their ecosystem.
Platinum Q DAO Engineering to the rescue.
You all know that Platinum Q DAO Engineering has been associated with the Noah Project for quite a long sometime now. Unfortunately, the project did not see the huge progress they had anticipated. The project did create dApps like the Wallet and Noah Pay, but it did not see enough traction and acceptance from the masses. To address these challenges, they have decided to approach us. And we decided that it was only natural for us to associate with them as their technology partner.
You may want to read about the new Noah blockchain that Platinum is building in this article in which our co-founder and lead blockchain architect Anton Dzyatkovskii and Anzor Daurov, Noah Blockchain project manager, talk about the features of the new blockchain that will be released later this year. Moreover, they will be ready to host unlimited use cases for individuals and businesses around the world. You can also read about the developments here.

Platinum Q DAO Engineering dealing with the Noah Project’s problems.
The Platinum team decided to scrap the old NOAH coins that were already becoming worthless on the exchanges on which they were listed. The earlier NOAH coins were simple ERC20-based tokens with no special features. However, engineers at Platinum decided that for the new ecosystem, an advanced, feature-rich token was needed that can sustain the massive future growth and scalability of this project. This led to the creation of the new NOAH.Platinum coins.
Exchanges and Trading Volumes
When the NOAH coin was listed on the few exchanges, it saw some traction. But it also experienced a steady price decline. This can be attributed to many reasons, the majority of which is the wrong choice of exchange and speculative trading by coin holders and false trading volumes shown by the exchange. Bulk selling of the coin also contributed to the price fall.
To counter this problem, Platinum Q DAO Engineering created an advanced digital assets exchange whose sole purpose was to provide the best spot and margin trading platform for traders around the world. Transparency and security are the two main features of BTCNEXT, that will now list the new NOAH.Platinum coin.
The process for swapping old coins with the new ones is already ongoing. The new coin - NOAH.Platinum will be on the new Noah blockchain, so it won’t be prone to easy manipulation and fake listings. Smart contracts will be regularly upgraded so that there will be no chance of any manipulation within the ecosystem.

Financial Instruments.
The falling price of the NOAH coin created a massive financial risk for the founders of the project and the numerous early investors and coin holders. To counter this risk, the project management sought help from the Platinum team who decided to create the Q DAO system for internal risk management.
The Q DAO system includes a variety of stablecoins, each pegged in value to its corresponding fiat currency - USDQ, KRWQ, CNYQ, SGDQ, JPYQ, PHPQ. Stablecoins are great instruments for hedging and investors around the world use them to minimize market fluctuation risks. The Platinum team tested the concept and made a global presentation where it was decided to create a separate project for the stablecoin ecosystem.
In the later stages, Platinum decided to bring the new NOAH.Platinum, Q DAO tokens, and associated stablecoins as well as the BNX (the native token of the BTCNEXT exchange) within the new NOAH-Platinum ecosystem to offer customers and community members a better chance to interact with the ecosystem.

We have started 24/7 support where we answer all questions from the community members and help with technical issues and queries regarding the project and its progress. We also organized livestreams - Ask Me Anything - with our developers and managers for the benefit of community members.
In partnership with Platinum’s University of Blockchain and Investing (UBAI), we have created educational groups where Noah community members are invited to participate in short learning modules on asset management with a view to educate the community members.

Activities for community
Platinum overhauled the community management for Noah Project. Its expert team of community managers and administrators started to engage better with the community on a daily basis and kept them aware of the developments that were in progress and also planned exciting activities to keep them motivated and supportive. This led to the community remaining loyal to the Noah cause. With activities like quizzes and reward system like regular bounty programs, we have kept the Noah community engaged and motivated. In the future, we aim to add a referral program for community members to earn a handsome incentive.
NOAH Token Swap is in progress.
For all those who are still holding on to the old NOAH coins, we had previously announced a token swap on BTCNEXT, where you can get the new NOAH.Platinum coins in lieu of your old NOAH coins. After the token swap, the old coins will be worthless. So go to BTCNEXT now and get your new NOAH.Platinum coins today!

Platinum – Always on the forefront.
Platinum Q DAO Engineering is now an important strategic partner of Noah tasked with creating a sustainable ecosystem with a tested economic model to fuel its ambitious growth. This has added to our responsibility to work tirelessly towards the success of this project. Many exciting developments are happening. The Platinum team is currently working on creating a platform where community members are able to create their own assets – a coin – in less than a minute without the need for any special technical skills. All coins will be backed by the currency of the main ecosystem,
Platinum Q DAO Engineering is providing the best service and support as a tech and marketing partner to exciting and world-altering blockchain projects. With a wealth of expertise and experience at its disposal, Platinum is uniquely endowed with the skills and technical know-how to create a difference.