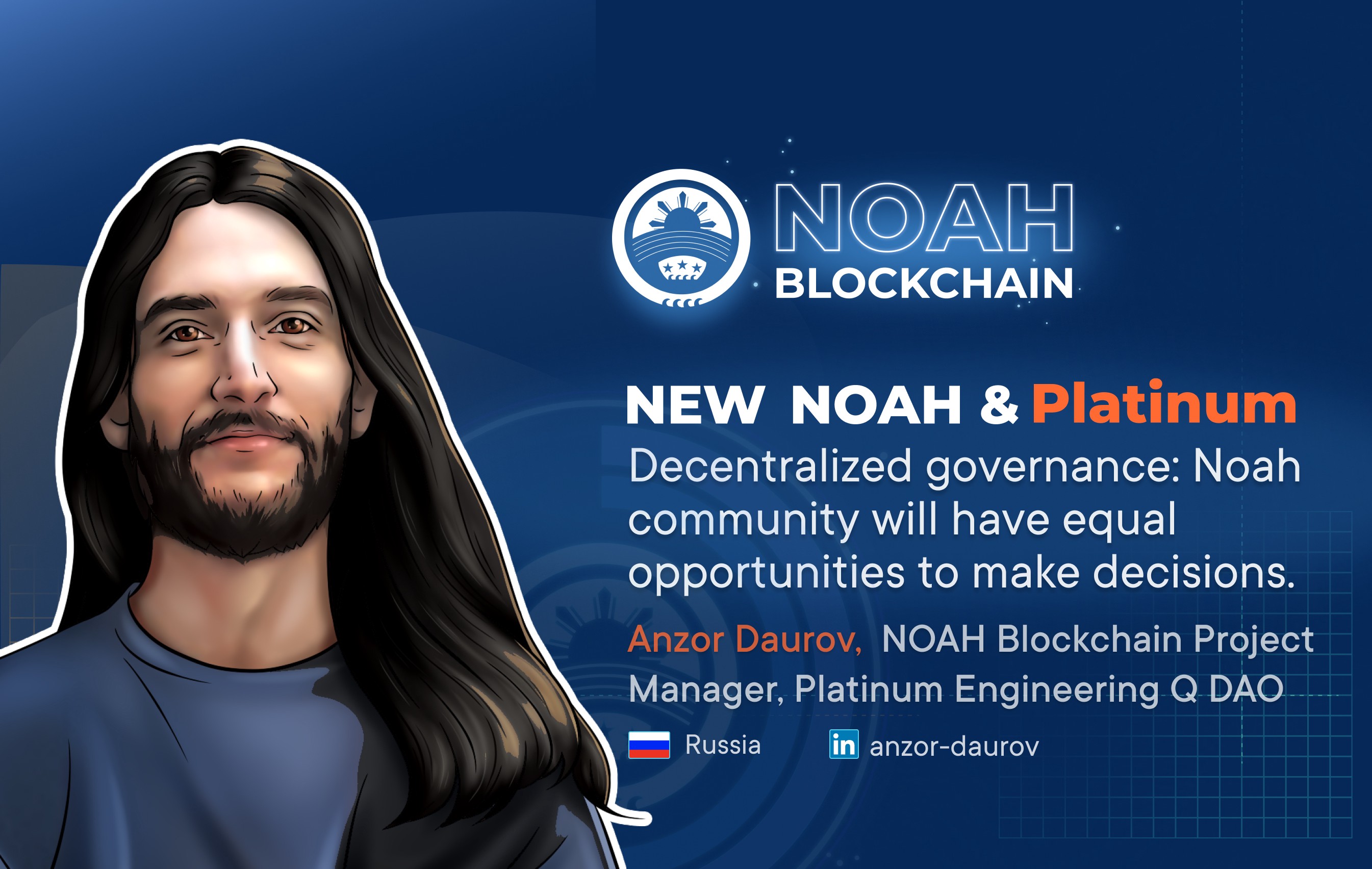 Governance is a very important aspect of any blockchain network. It is what defines the way the whole protocol is evolving, and the evolution of the protocol is what keeps it satisfying the needs of the token holders and the market, as well as letting it stay always up-to-date.

Voting algorithm illustration
Governance in NOAH Blockchain happens by means of proposals.
There are three main stages for proposals:
Deposit period
Voting period
Tallying
Proposal creation interface prototype
Anyone can create a proposal about anything related to NOAH Blockchain but there’s a small deposit to create a proposal (currently ~$150) and a slightly bigger deposit (currently ~$1500) to get the proposal to the Voting stage. Currently, the Deposit period lasts for 2 weeks. If a proposal doesn’t get the necessary deposit during that period, then it is going to be rejected. In this case, whatever was deposited during this period is moved to the Community Pool. The deposit system essentially acts as two-stage anti-spam protection.

All proposals page prototype
The whole deposit doesn’t have to be paid by the same person that created the proposal, only the initial small creation deposit, the rest can be paid by anyone interested in getting the proposal to the Voting stage.
If or when the proposal gets the full deposit sum it gets into Voting stage which currently also lasts for 2 weeks. During that period, anyone who has tokens can vote for it or against it. Voting doesn’t cost anything, tokens are not consumed in the process. The voting power is proportional to the stake. Anyone can vote on any number of proposals, but only once per proposal.

Proposal details page prototype
When the voting period ends the short tallying stage starts and the system counts the votes. If the proposal gets more than 50% “YES” votes, the proposal gets through and will be implemented. The deposits are then returned back to those who paid them.
If the proposal gets more than 50% “NO” votes, the proposal gets rejected and all deposits are moved to the Community Pool.
Now on the aforementioned Community Pool — this is a token pool that will be used to fund initiatives and proposals in the NOAH Blockchain. This means that even if the proposal gets rejected or doesn’t get enough support during the Deposit stage the holder that created it still did good by the network.
This is what the voting system works like now in the NOAH Blockchain.
The important takeaway from this is that everyone who has tokens in the NOAH Blockchain has actual power to change the way the network operates and make it better. But this power is proportional to the amount of tokens. So, to increase power one has to acquire more tokens, which only seems logical as holders with a large stake are interested the most in the evolution of the blockchain protocol. This is quite unique in the sense that most other blockchains are solely governed by the developers or miners.
NOAH Blockchain governance mechanisms are in the testing phase at the moment, but they will be released very soon after the token swap happens. This means that there is still time to obtain more influence in the form of a larger stake of NOAH coins.
If you want to be among those that govern this whole system and have influence over future decisions in the network, there is an excellent opportunity right now for you to increase your influence — you can buy more NOAH on BTCNEXT exchange while the prices are still at a relatively low level. But you need to hurry, there is not much left!