Copa America: Lionel Messi did not collect the medal for the third place 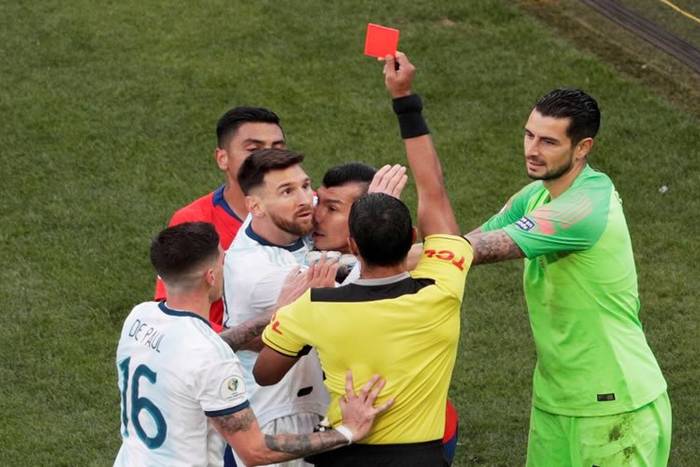 After the Copa America bronze medal match between Argentina and Chile, won by Albicelestes 2: 1, Lionel Messi did not collect the medal for the third place in the tournament. As the Argentinian newspaper "Ole" wrote, it was a protest of the player who did not accept the red card he received in this meeting.

Messi in the 36th minute got together with Gary Medel. The captains of both teams jumped to each other and both were punished with red cards, although the replays showed that the Chilean was more at fault. The Argentinian could not accept this decision, which he gave after the final whistle.