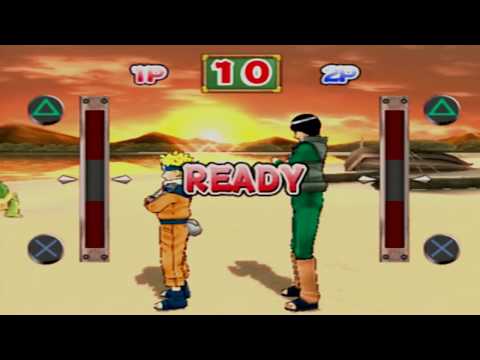 Naruto: Narutimate Hero 3 (ナルト- ナルティメットヒーロー3, Naruto: Narutimetto Hīrō 3), is the third instalment of the fighting game series Naruto: Ultimate Ninja released for the Playstation 2. The game has roughly 42 characters. It features a new story mode, more manoeuvrability for characters, and a much larger variety of music. Naruto: Ultimate Ninja 3 also offers a different sort of story mode from its predecessor, Ultimate Ninja 2. This is called the Hero's History. It replays every major fight from the beginning of the series (Naruto vs. Kakashi-the training), to the end of Part I (Naruto vs. Sasuke-the final battle). Although it skips a lot of dialogue and transition scenes (scenes such as the Chūnin Exams preliminaries and most of the cut-scenes that one grew accustomed to in UN 2) are completely gone. It's a good way to get 'quick action' in the game for those who get bored easily of the endless tirade of cut-scenes in UN 2, and it is a good way to get a lot of unlockable characters.

Another interesting feature is called the Ultimate Path (Ultimate Contest in English version). This is an RPG style part of the game, which allows you to go on missions and unlock several characters, as well as learn different techniques. Before the player can do this, however, the player has to enter into a tournament in which the player is required to defeat many characters in order to get their crystals. After this is done, the player can roam freely and level up different characters that have been unlocked.
narutops2animestorymode