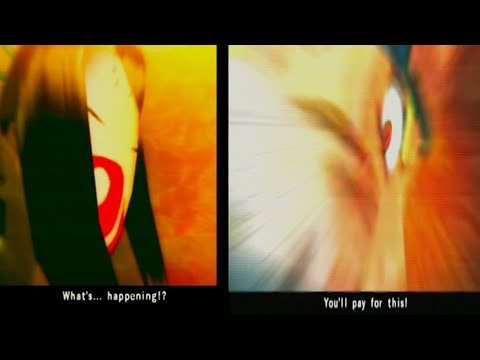 Ultimate Ninja released for the Playstation 2. The game has roughly 42 characters. It features a new story mode, more manoeuvrability for characters, and a much larger variety of music. Naruto: Ultimate Ninja 3 also offers a different sort of story mode from its predecessor, Ultimate Ninja 2. This is called the Hero's History. It replays every major fight from the beginning of the series (Naruto vs. Kakashi-the training), to the end of Part I (Naruto vs. Sasuke-the final battle). Although it skips a lot of dialogue and transition scenes (scenes such as the Chūnin Exams preliminaries and most of the cut-scenes that one grew accustomed to in UN 2) are completely gone.