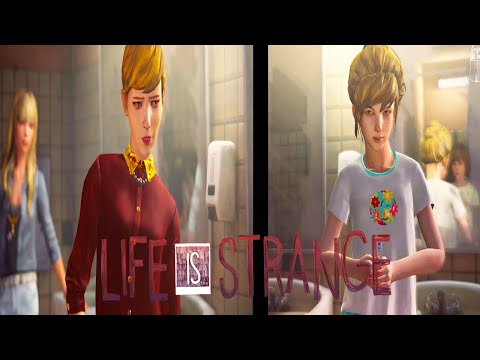 Life Is Strange is an episodic graphic adventure video game developed by Dontnod Entertainment and published by Square Enix for Microsoft Windows, PlayStation 3, PlayStation 4, Xbox 360, Xbox One, iOS and Android. The game was released in five episodes periodically throughout 2015. The game's plot focuses on Max Caulfield, an 18-year-old photography student who discovers that she has the ability to rewind time at any moment, leading her every choice to enact the butterfly effect. After having foreseen an approaching storm, Max must take on the responsibility to prevent it from destroying her town. The player's actions will adjust the narrative as it unfolds, and reshape it once allowed to travel back in time. Fetch quests and making environmental changes represent the forms of puzzle solving in addition to using branching choices for conversation.

Development of Life Is Strange began in April 2013. It was formed with an episodic format in mind, for reasons both financial and creative. The developers conducted field research on the setting by travelling to the Pacific Northwest, and subverted known archetypes to make the characters. Player feedback influenced the adjustments made to the episodes. Story and character arc serve as the central point in the game. During its release, Life Is Strange received generally favourable reviews commending the character development, rewind game mechanic and tackling of taboo subjects. Common criticisms included the slang that was used, poor lip-syncing in earlier episodes, and tonal inconsistencies in the story. It received over 75 Game of the Year awards and listings. It has sold over three million copies as of May 2017. A prequel, Life Is Strange: Before the Storm, was released in August 2017, and a sequel, Life Is Strange 2, in September

i had seen these games on the PS Store (or whatever it is called) and considered getting one after I enjoyed Edith Finch so much.

you should pick it up when it was free. I enjoy play life is strange