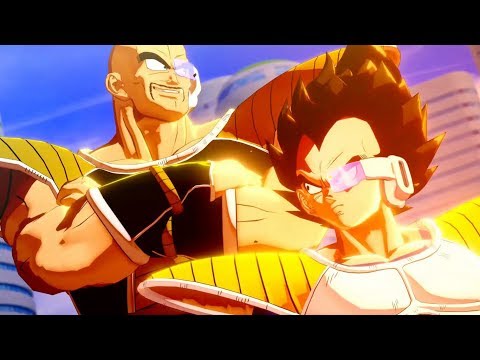 et in a semi open world areas of individual hubs with RPG elements, the game follows loosely the plot of the Dragon Ball Z anime series with the player assuming the role of protagonist Goku. Other characters such as Piccolo, Vegeta, Gohan (young, teenage, adult), Future Trunks, Vegito & Gotenks have been announced as playable characters.

The game is not considered open world with one massive sandbox but instead divided into individual hubs that will be locked until reaching a certain point in the story, only then will these areas be unlocked for exploration. These individual hubs are not small and the openness of these areas gives all the more reason to have flight as a mode of travel with both the verticality and area being impressive. Some areas are full of life and cities whilst others are more barren and devoid of life.