Will Spurs challenge for Premier league? 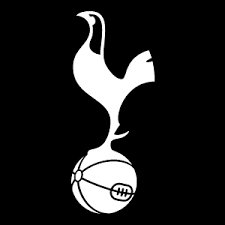 Short answer No
Move on lol
If we mean challenge as in they will be in top four then yeah you can call it a challenge but thats as good as it's gonna get at best.
I have supported spurs for almost 30 years
Why?
Yeah i often ask myself the same question and still l have no answer.
Originally it was because they played attacking football and always had a star player.
Ardelis, Hoddle, Klinsmann(what a dive) Gazza, Ginola (wow what hair) then later on Bale, Modric to name a few. Oh dont forget Rebrov, I honestly thought we were going to win the league when he came after all he was Shevchenkos strike partner (didnt work out too well)
We have always played attacking football and our kit always looks good but thats about it
We have bought a player finally but that means Ericsson is going, we only spend money we will recoup
I hope they shock me and we win something but i highly doubt it
COYS

Yeah but we never beat the top teams as long as we get top four again they will be happy so will the fans. Our squad is good enough just have to all stay fit which never happens