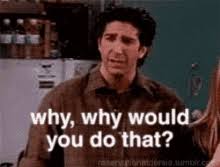 Not really getting rid 😛
70k neoxag is not easy to obtain.
90%+ has been bought.
Hell would be closer 99%
So after buying and accumulating this amount, whats my best strategy to make it work for me?
1- Post 10 posts a day and upvote myself
2 - Curate everything that moves
3 - Delegate

First option is a fail due to 2 reasons.
1 - I cant be bothered
2 - Would get downvoted or flagged or worse sentenced to death.

Second option is good but i am lazy and once again cant be assed.

So that leaves me with option 3.
Which is what i have decided to do.
I had 40000 delegated to spi-neoxian and have been getting really good payouts, so have decided to delegate a further 30000 making it 70000 total.
In 2 months i have been paid out around 50spi which is 50 steem equivalent.
Could i do that by posts or curating?
I doubt it very much.
I have the option to undelegate at anytime so thats always good.
Have no plans to do so in the near future and i am hoping to delegate a bit more and stick with it til the end of the year and take it from there.
If your not making the most of your power then its a good option #spinvest-neo

Posted via neoxian.city | The City of Neoxian

A member bonus $trendotoken tip, and !trendovoter, for @qam2112 from MAPXV! These bonuses are for members, selected at random, and last for a few days.
Win MAPR tokens in this new Second Nonsense Writing Contest.
Also consider our MAPR fund and MAXUV vote bonds too.
MAP Steem Fintech: growing your STEEM without SP.

Congratulations @mapxv, 48.94% upvote has been shared with your successful call on the post that shared by @qam2112!

According to the Bible, Are Christians forbidden to eat Hare? (Part 2 of 5)

Yeah even I'm surprised. I wonder what the rate of return is between spinvest-neo and spinvest-leo?
I'm sure neo is well ahead but would be interesting to know