Why i buy sports tokens 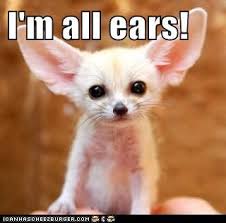 Is it coz its cheap and worth buying?
Is it undervalued?
Is it gonna hit 1steemp soon?
Unfortunately none of the above. Simply for sentimental value.
When i almost gave up on steem as a platform, along came weedcash which i invested in and made steem then invested in sportstalk and made all my money back, which i had lost on the value of steem having been a muppet and bought into the hype few years ago at between $1-$2.
So i appreciate sportstalk for that one reason.
I love sports and when this tribe came along it was a slight risk in my mind.
Overall the tribe the people on it are cool.
Everyone has pulled in a similar direction from the get go. Even though from the get go the payouts, inflation etc was flawed.
There was a hack at the beginning where people found an exploit. Not sure what ever happened with that.
Overall the economics of the tribe were flawed from day one. People behind it probably didnt know the best way forward as its a new venture, so they really cant be blamed. The price is sinking like the titanic and there does not seem to be a fix.
Can it be fixed?
Probably not. Unless they can reduce the amount of tokens being produced and then buy back a shit load and burn them.
Would i buy in today?
I love sports but wouldnt buy in today personally. I would just use a different tribe. Probably wouldn't get as much interaction but will chose that over losing money.
If i had staked all my tokens would be somewhere at the top, but i sold and made more steem than i would have right now with a lot more tokens.
What can i do to help?
If i could i would but not sure what the solution is. I am currently buying bits and sending them to the bot to get votes and burn the tokens. Wont unstake as im down til the end, wont sell any tokens on the market. My tiny amount wont help overall but thats just my bit.
I hope there can be some solution to the ever decreasing price. We will just have to wait and see.
Just my 2p worth feel free to disagree 👍

Thanks to @qam2112 for burning 800 CT! You have been rewarded with a 80% vote. Your action makes this project grow and helps to restore a Clean Planet! Join us on our Discord Channel and on our website