Who will break into the top 6 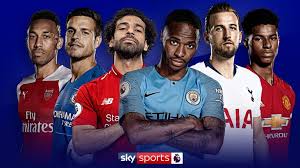 This is the premier league promoting the league suggesting that these are the top 6 teams in the league
Hard to disagree, they have all been top six for the past few seasons with exception of Leicester winning the league.
This years hopefuls are Leicester, West Ham, Everton, Wolves
Leicester for me have the best chance.
They have a solid team and did well at the back end of the season when Brendan Rogers took over.
Rogers didnt leave Celtic with guaranteed trophies to settle for mid table. He sees potential in the squad and knows he will have money to spend.
Maguire to United could be a blessing not only will they get ludicrous money for a decent defender with no pace. They get a chance to try out Filip Benkovic a young croatian that was on loan at Celtic and got rave reviews.
They need to strengthen there squad but overall look solid and are my tip for top 6
West ham same old story few good results alot of bad results
Everton Silva sacked by Christmas
Wolves awesome first season will struggle this time round as teams will have figured them out from last year